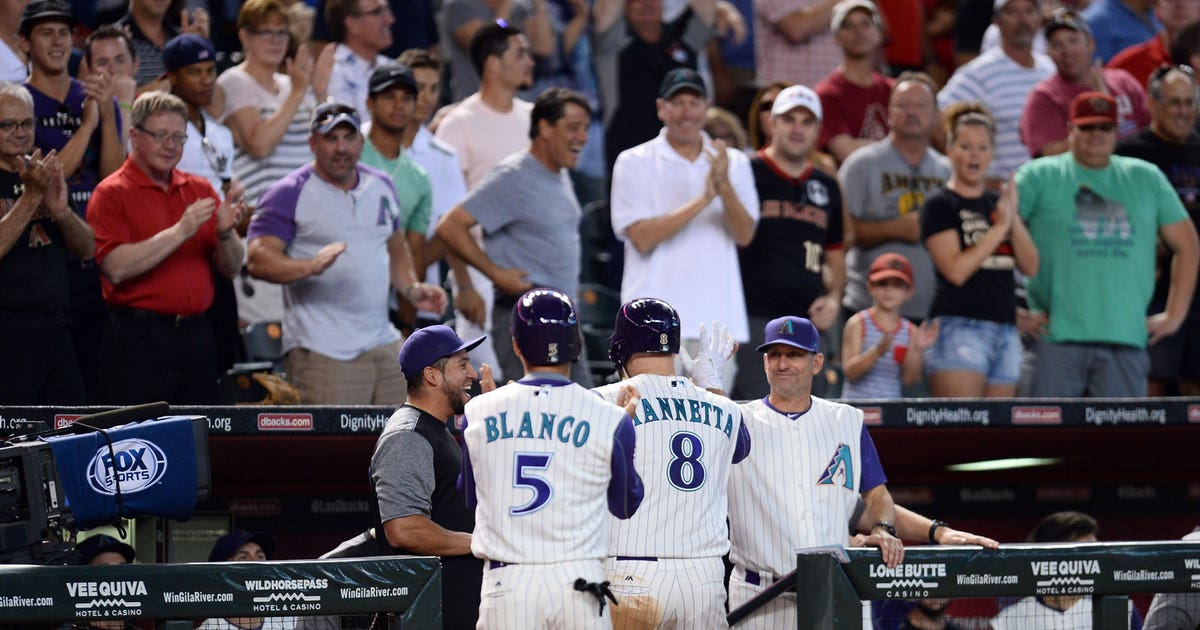 PHOENIX — Zack Greinke earned his major league-best 16th victory with six strong innings and the Arizona Diamondbacks beat Los Angeles 8-1 on Thursday to complete the first series sweep of the Dodgers this season.

Chris Iannetta and A.J. Pollock homered for the Diamondbacks, who matched their season-best seventh straight victory and pulled 3 1/2 games ahead of idle Colorado for the National League’s top wild card spot.

The Dodgers, still with by far the best record in the majors (91-40), have lost a season-worst five in a row.

Greinke (16-6) allowed a run and four hits, striking out six and walking two, to improve to 13-1 in 16 home starts this season.

The Dodgers’ Kenta Maeda (12-6) had arguably his worst outing of the year. The right-hander went just three innings and gave up seven runs and eight hits. It was his shortest start and the most runs he’s allowed this season.

Paul Goldschmidt doubled twice and drove in two runs for the Diamondbacks. Gregor Blanco had three hits, two of them doubles, drove in a run and scored twice.

Arizona scored 21 runs in the three-game sweep and has won nine of 10.

As has happened throughout the series, the Diamondbacks struck early.

Blanco, leading off, took advantage of a lackadaisical play by right fielder Yasiel Puig to stretch a single into a double. Iannetta followed with a walk and Goldschmidt doubled down the left field line to bring both of them home. That made it 10 first-inning runs for Arizona in the series.

Los Angeles cut it to 2-1 in the second when Yasmani Grandal singled, took second on a wild pitch and scored on Adrian Gonzalez’s double.

But the Diamondbacks added three in their half of the inning. With two outs, Blanco brought in a run with his second double and Iannetta followed with a soaring, two-run shot into the left field seats and the Diamondbacks were up 5-1.

Goldschmidt’s double, followed by Pollock’s line shot just over the left field fence boosted the lead to 7-1 in the third.

Fortunately for the Dodgers, they have the right person to put a stop to this skid when Clayton Kershaw returns to the rotation on Friday night against San Diego.

Pollock made two outstanding defensive plays in center, one a leaping grab at the wall and the best a diving grab in the right field gap to rob Puig in the ninth.

Dodgers: The Dodgers took a patient approach in bringing back Kershaw, who has been sidelined since July 23 with a bad back. They’re counting on the cautious approach to keep him healthy and his dominant self down the stretch and into the playoffs.

Diamondbacks: RHP Randall Delgado (elbow) plans to throw a simulated game on Saturday with the eye on returning to the bullpen next week.

It’s on to Coors Field. Join us for all 3 games. pic.twitter.com/RHtSLOjHFO