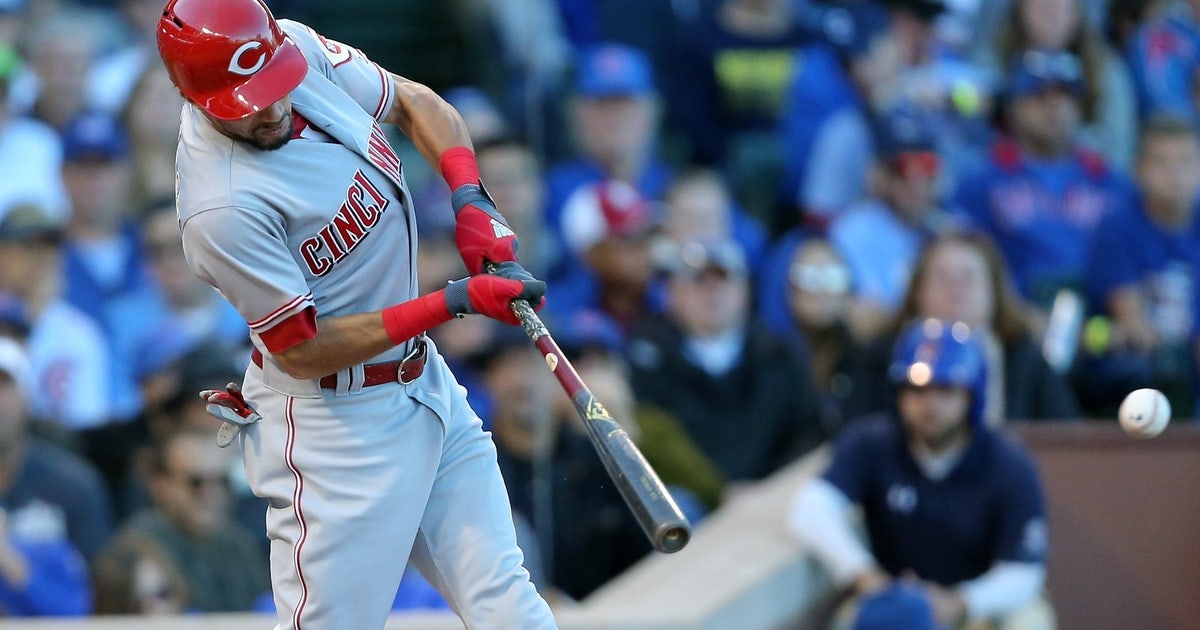 CHICAGO (AP) — Jon Lester struck out seven over five innings, Kyle Schwarber hit his 30th home run and the Chicago Cubs pounded the Cincinnati Reds 9-0 on Saturday for their 15th win in 18 games.

Lester (13-8) allowed four hits and walked none in a possible tuneup for Game 1 of the NL Division Series against Washington. The veteran left-hander has allowed one run in 11 innings over his past two outings after posting an 8.22 ERA in his previous five starts.

Lester’s second straight win was a welcome development for the Cubs with Jake Arrieta coming back from a strained right hamstring. Kyle Hendricks also could start the playoff opener against the Nationals next Friday.

The defending World Series champions continue to roll along with the playoffs approaching and their sights set on another big run. They had their top players back in the lineup after resting most of them the previous two games with their second straight NL Central title locked up.

Schwarber finished with four RBIs. He hit a two-run drive in the second and a two-run single in the third against rookie Jackson Stephens.

Rene Rivera came off the bench to hit a two-run single in the sixth and a solo homer in the seventh.

Stephens (2-1) gave up four runs and four hits, and the last-place Reds lost for the 10th time in 11 games.

Willson Contreras singled leading off the second and Schwarber drove the next pitch about halfway up the center-field bleachers, with a fan reaching out to make a neat catch. The home run was the sixth in 15 games for the slugger, who was sent to the minors after struggling early in the season.

Chicago had the bases loaded in the third when Schwarber shattered his bat on a bloop single to center. That brought in Ian Happ and Kris Bryant.

Reds: SS Zack Cozart (right quadriceps tightness) was held out of the lineup after playing on Friday. “It wasn’t 100 percent yesterday,” manager Bryan Price said. “I really want him to be able to play tomorrow.”

Cubs: Arrieta will throw a simulated game Wednesday, as will healthy LHP Jose Quintana. Though manager Joe Maddon was not ready to announce his rotation for the NLDS, they would figure to start Game 3 and Game 4, if necessary, at Wrigley Field.

Left-hander Mike Montgomery (7-8, 3.45 ERA) starts the finale for the Cubs with Arrieta resting for the playoffs, while right-hander Deck McGuire (0-1, 4.15 ERA) makes his second career start for the Reds.