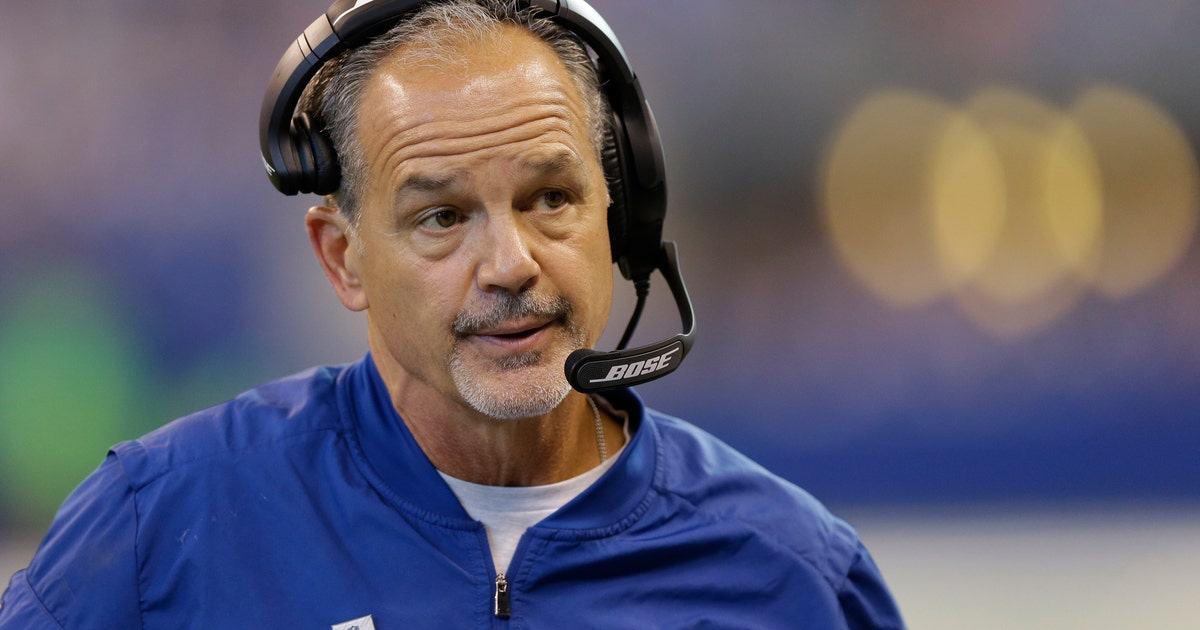 INDIANAPOLIS — The Indianapolis Colts fired coach Chuck Pagano on Sunday, less than two hours after they ended a 4-12 season with a 22-13 victory over Houston.

Team owner Jim Irsay made the announcement in a statement, wishing Pagano and his wife well in the future.

The move comes after Indy missed the playoffs for the third straight year, the team’s longest postseason drought since a seven-season absence from 1988-94.

With Andrew Luck missing the entire 2017 season, Indy never had a chance. The Colts wound up with their first losing season since 2011, their second since 2002, and the first in Pagano’s six seasons as coach.

Pagano finished his first head coaching job with a 56-46 record, including a 3-3 mark in the playoffs.

The Colts started fast under Pagano, making the playoffs each of his first three seasons while advancing one step deeper each time.

Indy made one of the greatest one-season turnarounds in league history in 2012 as Pagano battled leukemia, then captured AFC South titles in 2013 and 2014. They advanced as far as the AFC championship game following the 2014 season, before losing at New England in what was dubbed the “Deflategate” game.

But Luck injured his throwing shoulder in the third game of the 2015 season, costing him two starts, and missed the last seven games with a lacerated kidney. The result: Indy won its final two games to go 8-8.

Pagano was rewarded with a four-year contract extension following the season, with the hope things would get better. They didn’t.

The Colts rallied to go 8-8 in 2016 when Luck missed only one start, with a concussion, before he opted for surgery on his partially torn labrum.

Irsay responded by firing general manager Ryan Grigson, bringing in Chris Ballard as the new GM and keeping Pagano while talking about the need to return to the playoffs.

Instead, Luck’s rehab continued into October before the Colts shut down his throwing program because of lingering soreness in the shoulder. Luck went on injured reserve in November without taking a snap, and that was too much for the Colts — or Pagano — to overcome.