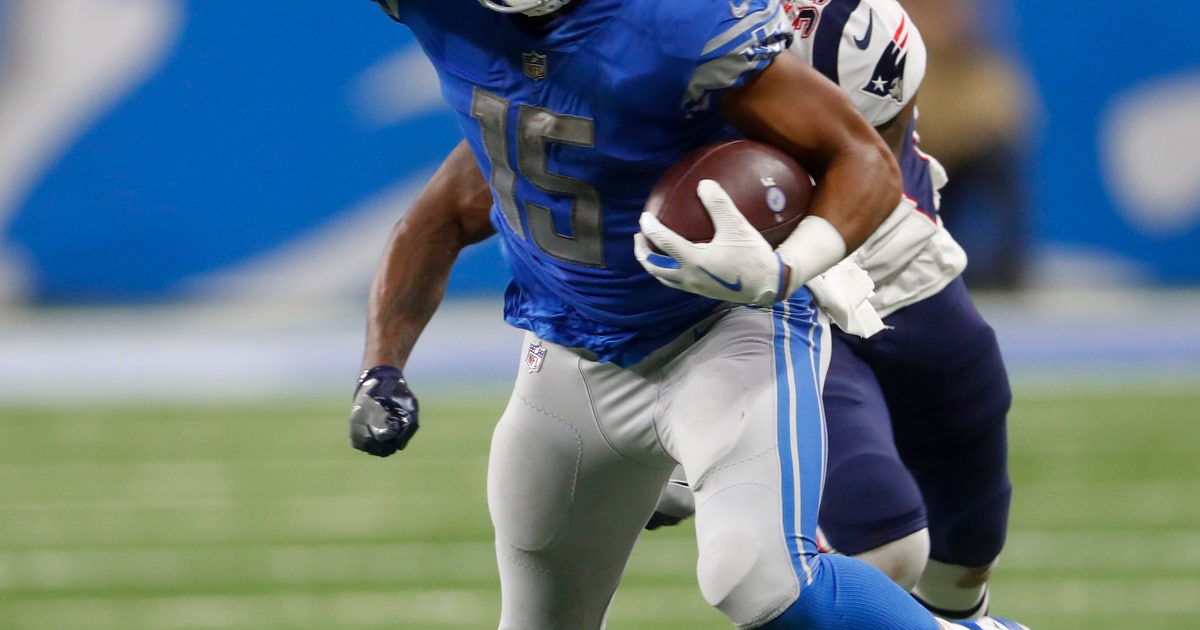 ALLEN PARK, Mich. (AP) — The Detroit Lions had a lot of possible factors to weigh before trading Golden Tate.

The Lions are in last place, but only a game out of first. Tate is on pace for a third straight season with 1,000 yards receiving, but he’s on an expiring contract.

“There are a lot of difficult decisions that are made in the NFL multiple times during the course of the year,” Detroit coach Matt Patricia said Wednesday.

The Lions dealt Tate to Philadelphia on Tuesday for a third-round draft pick, parting with the veteran receiver right before a pair of crucial divisional road games. Detroit faces Minnesota this weekend and then heads to Chicago, but the trade — which didn’t bring the Lions anyone who can help this season — was clearly a move made with the long-term future in mind.

“It’s a holistic picture of taking a look at what’s the best thing for us to do as a team,” Patricia said. “It’s not about one player. It’s about team. It’s about everybody. We have a lot of guys that are really good on this team that can produce and honestly, for me, we have confidence in everybody that’s on this team right now.”

General manager Bob Quinn released a statement Tuesday thanking Tate for his contributions, but it was left to Patricia to take questions about the organization’s thinking. Tate is in the final season of his contract, so from that standpoint the Lions got decent value for a player who may have ended up elsewhere anyway.

But it’s hard to say what this year’s team could have accomplished with Tate. Detroit fired coach Jim Caldwell after he went 9-7 last season, an indication the organization felt it was capable of more. Now the Lions have sent mixed signals about what they feel their potential is in 2018.

Before last weekend’s game, Detroit sent a draft pick to the New York Giants for defensive tackle Damon Harrison, a move that could help shore up the run defense. Then the Lions lost to Seattle last weekend and traded Tate.

So Detroit was both a buyer and a seller at the deadline.

In trading Tate, the Lions seemed to move away from their approach of the past few years. Detroit has used draft picks and free agent signings to try to surround quarterback Matthew Stafford with plenty of help. The Lions have tried to upgrade their offensive line, and this year they appear to have made real progress with their running game.

They also might have had more receiving targets than they needed. Marvin Jones is coming off his own 1,000-yard season, and second-year receiver Kenny Golladay looks like he could be a star.

“If everybody’s just going to sit around here and mope, that’s just not going to help the team,” Marvin Jones said. “We’re on to the Vikings.”

“He’s had 90-plus catches I think every year he’s been here, so that’s a lot of touches, a lot of targets for everyone to pick up,” receiver TJ Jones said. “We’re all going to collectively do it.”