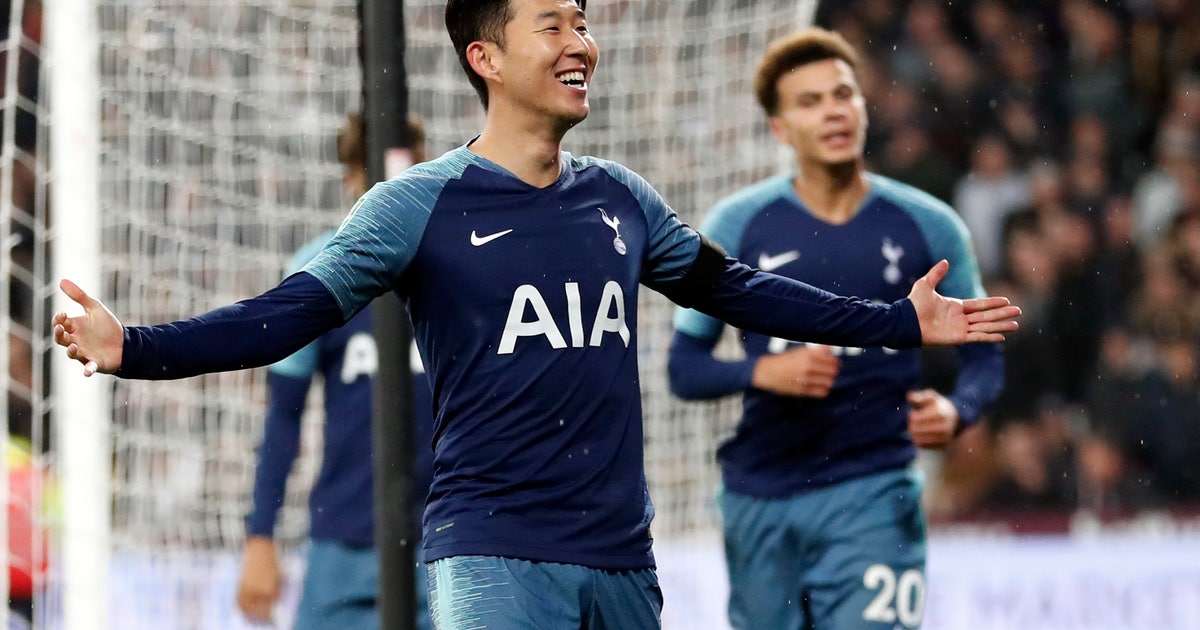 Son Heung-min burst out of a 19-game goal drought to help Tottenham into the English League Cup quarterfinals on Wednesday, while a pair of early own-goals ruined Frank Lampard’s return to former club Chelsea.

Son scored his first two goals and another of Tottenham’s forgotten men, Fernando Llorente, added one in a 3-1 win over West Ham in an all-Premier League London derby at the Olympic Stadium.

While remaining a star for South Korea, which he led to a gold medal — thereby earning exemption from military service — at the Asian Games in September, Son is no longer guaranteed a first-team place at Tottenham because of fierce competition up front.

Spurs are looking to end what will be an 11-year wait for a trophy, while also claiming the first piece of silverware under Mauricio Pochettino.

Lampard, now a manager, returned to Chelsea with his second-tier team Derby County and was trying to take down the club where he is the all-time top scorer with 211 goals after a trophy-laden 13-year spell.

Derby lost 3-2 and was ultimately undone by two own-goals in the opening 21 minutes — the first of which was scored in the fifth minute by a player on loan from Chelsea, Mikayo Tomori.

The game almost went to penalties, with Derby striker David Nugent hitting the post in the final minutes.

Lampard spent time on the Stamford Bridge field after final whistle, applauding Chelsea’s fans and getting plenty of cheers in return.

Arsenal beat third-tier Blackpool 2-1 thanks to goals by Stephan Lichtsteiner — his first for the club — and Emile Smith Rowe. Both teams finished the game with 10 men.

Second-tier Middlesbrough was playing Crystal Palace in the other last-16 game on Wednesday.

Bournemouth and third-tier Burton Albion advanced to the last eight on Tuesday.