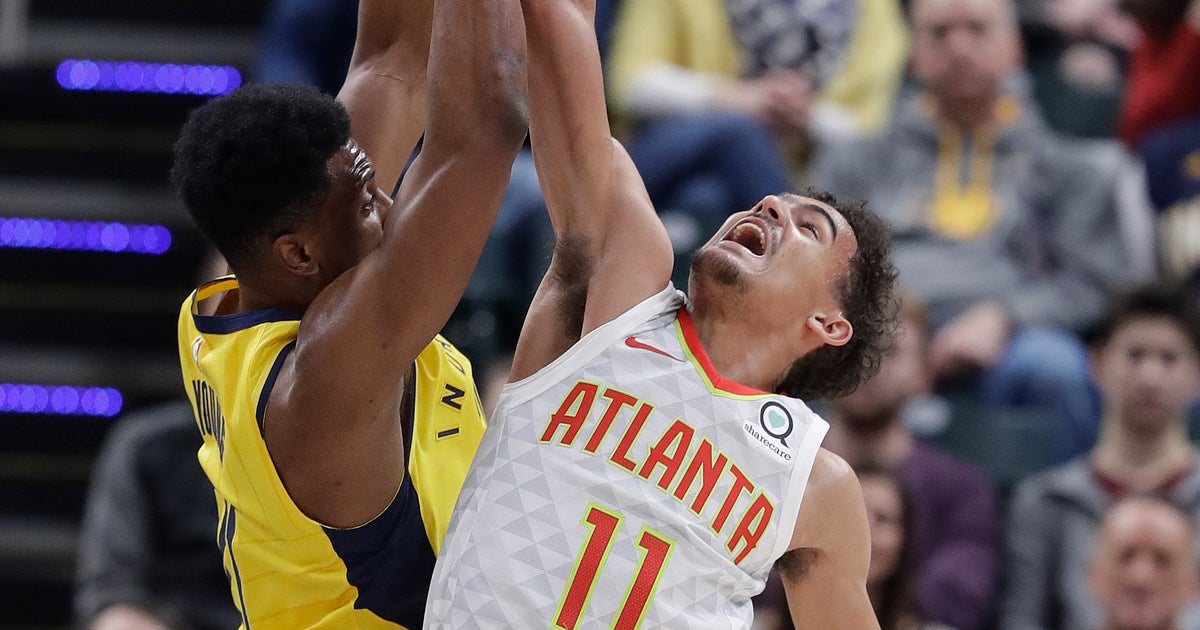 INDIANAPOLIS (AP) — Victor Oladipo scored 22 points while Domantas Sabonis and Myles Turner each added 20 to lead the Indiana Pacers past the Atlanta Hawks 116-108 on Monday.

Indiana has won five straight and 12 of 14 to became the third team in the league with 25 wins this season.

John Collins finished with 22 points and 16 rebounds to lead Atlanta. Rookie Kevin Huerter scored 22 points and made six 3-pointers, both season highs, as the Hawks lost for the second time in seven games — both to the Pacers in the last week.

Oladipo played perhaps his best overall game since returning from a knee injury on Dec. 12. He was 9 of 19 from the field, had four rebounds and five steals.

Indiana led most of the game but needed a buzzer-beating 3-pointer from Turner to break a 60-60 tie just before halftime.

The Pacers then opened the second half with back-to-back baskets to make it 67-60, started pulling away when Turner and Bojan Bogdanovic made consecutive 3s midway through the third to extend the lead to 87-76 and closed it out by scoring the final eight points of the quarter to take a 97-81 lead.

Atlanta couldn’t get closer than six the rest of the way and did not score in the final 1:49 as it lost its fifth straight in Indianapolis.

But for the second consecutive game in the series, the Hawks seriously tested the league’s top scoring defense.

They started the game by making four of their five 3s and jumping to a 20-13 lead. Indiana charged back with 11 straight points and finished the first quarter on a 20-5 run that gave Indiana a 33-25 lead.

When the Hawks’ 3-point shooters warmed up again, they roared back. They retook the lead, 53-51, at the end of an 11-4 before Indiana seized control.

Hawks: Finished 0-3 against the Pacers this season, getting swept in the season series for the first time since 2004-05. … Atlanta’s last win at Indianapolis came Nov. 23, 2016. … Daniel Hamilton scored eight points in place of the injured Kent Bazemore. … Collins has six straight double-doubles. … Trae Young had 16 points and seven assists. … The Hawks had a 53-39 rebounding advantage.

Pacers: Finished the calendar year as the NBA’s only team that did not lose three straight games. … Indiana is 19-5 against Eastern Conference teams and 11-2 at home against the East. … All 12 wins in this latest stretch have come by six or more points. … The Pacers streak of consecutive games with seven or more players in double figures ended at three. … Bogdanovic scored 16 points, extending his streak of consecutive double-figure games to 28.

Hawks: Make their second stop on a three-game road trip Wednesday at Washington.

Pacers: Head to Chicago on Thursday, seeking their fourth straight win in the series.