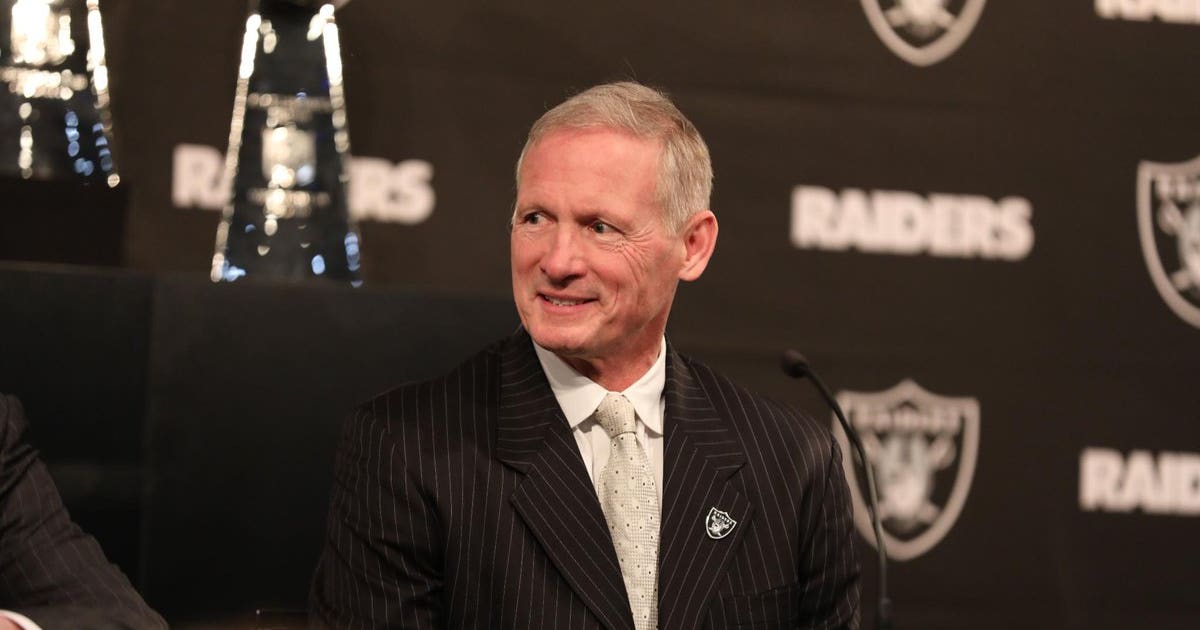 Coach Jon Gruden found another former television analyst to help him on his rebuild of the Oakland Raiders.

Gruden had been searching for a general manager after the team fired Reggie McKenzie earlier in a 4-12 season that ended with a 35-3 loss to Kansas City on Sunday. It was an underwhelming return to the sideline for Gruden, who got a 10-year, $100 million contract to return for a second stint in Oakland after spending nine seasons as an analyst at ESPN.

Gruden inherited McKenzie, who won the 2016 NFL executive of the year award for his rebuilding job after the death of late owner Al Davis in 2011. The pairing didn’t work as Gruden frequently criticized McKenzie’s recent drafts and got rid of many of those players.

Now the Raiders are hoping for a better working relationship between Gruden and Mayock, who was widely respected as a draft analyst since 2006 but now will be responsible for helping to make the picks.

New #Raiders GM @MikeMayock on #Raiders QB Derek Carr: “I had him as a first-rounder coming out.” Says the key is to get pieces around him.

Mayock has no experience in an NFL front office but will work with Gruden on upgrading a scouting and personnel department that struggled to find impact players in recent years.

The Raiders will have three first-round picks in April’s draft. Oakland has its own pick, which will be fourth in the draft, as well as first-rounders from Chicago and Dallas, which will be in the bottom 12 picks in the first round.

Only 11 players drafted by McKenzie from 2012 to 2017 remain under contract with the Raiders, led by quarterback Derek Carr and right guard Gabe Jackson from the 2014 class, and 2016 first-round safety Karl Joseph and 2017 first-round cornerback Gareon Conley.

New Raiders’ GM Mike Mayock once interviewed and met with Al Davis for the same job he is getting now. Mayock spent part of last summer with the Raiders, observing Jon Gruden. Now will be working directly with him.

The Raiders will have plenty of holes to fill this offseason following another disappointing campaign. Oakland has just one winning season in the past 16 years, going 12-4 under Jack Del Rio in 2016.

But otherwise the team has experienced nothing but losing, posting the second-worst record in the NFL since the start of the 2003 season.

This season was up there with some of the worst in that stretch. The Raiders allowed their most points (467) in a season since 1961 and set marks for franchise worsts in sacks (13) and yards per play allowed (6.27) as the absence of an impact pass rusher like Mack was felt all season.

The offense had its own problems as a line featuring rookie tackles Kolton Miller and Brandon Parker for most of the season failed to protect Carr. Oakland allowed 52 sacks, its most since 2006, and Carr often struggled to find the time to get the ball downfield.

What #Raiders fans can expect: a tireless worker steeped in scouting tradition with an unparalleled love & respect for the sport who consistently pegs talented players sharing that sentiment. And no heavy-legged waist-benders.

While Carr showed some signs of improvement late in the season as he grew more comfortable in Gruden’s system, the offense lacked playmakers on the outside and a game-breaking running back.

The Raiders were barely competitive for much of the season, losing nine games by at least 14 points, tied for the most lopsided losses in the NFL since New England had 10 in 1990.

Oakland was outscored by 177 points on the season, the second-worst mark in the NFL to Arizona.