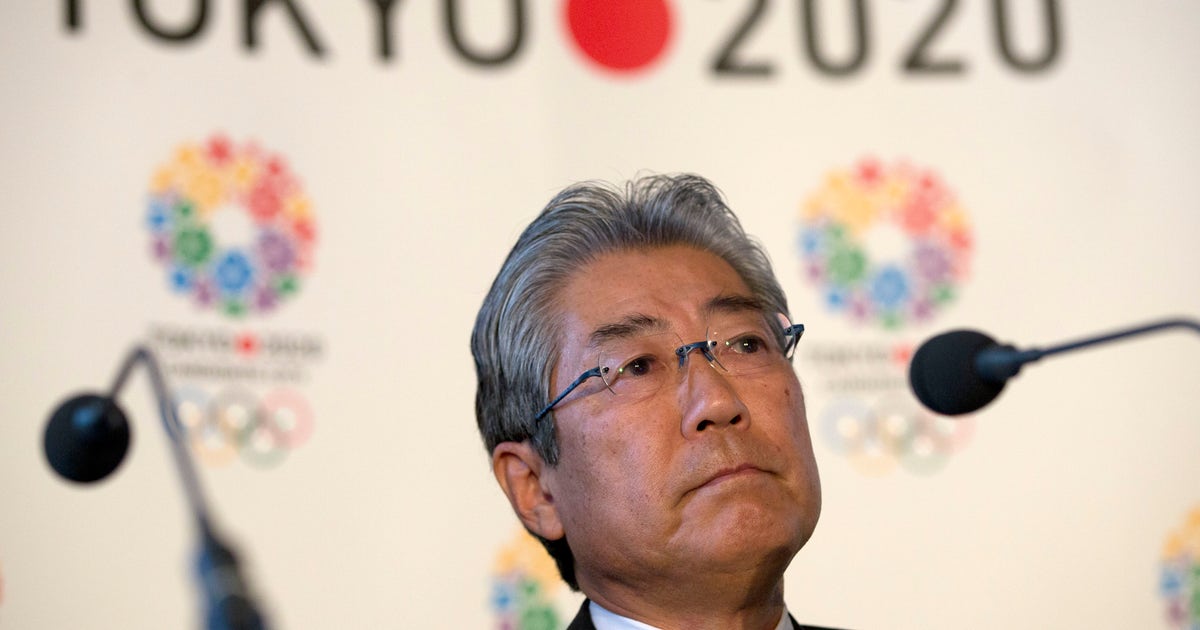 TOKYO (AP) — A month ago, Tsunekazu Takeda was warmly applauded by 1,400 Olympic dignitaries as he spoke alongside International Olympic Committee President Thomas Bach in Tokyo.

A month later, the powerful IOC member and head of the Japanese Olympic Committee is fighting a corruption investigation, suspected by French investigators of authorizing the payment of bribes to help land the 2020 Tokyo Olympics when IOC members voted in 2013.

In a Japanese Olympic Committee statement on Friday, Takeda denied any wrongdoing.

A distant relative of Japan’s royal family — the great grandson of the Meiji Emperor — Takeda could join a growing list of suspended IOC members, and honorary members, who are linked to corruption probes. His case could potentially tarnish the Tokyo Olympics, which open in 18 months.

Bach has called Tokyo’s preparations “the best ever,” though there are concerns about rising costs with the price tag to prepare the games at about $20 billion. That’s three times what Tokyo bidders said it would cost when they were awarded the Olympics.

“The Tokyo Olympics Face a Black Cloud,” was Saturday’s headline in the popular daily Nikkan Sports.

Takeda has scheduled a news conference for Tuesday in Tokyo to address an investigation that has been going on for several years.

“The case is causing tremendous concern among the people who are supporting the Tokyo Games,” Takeda said. “But I will continue to cooperate in the investigation in order to clear any suspicion of me.”

Two of Japan’s three major newspapers — Mainichi and Asahi — put the story on Saturday’s front page. It was the top story for Mainichi, and Asahi placed the Olympic story just under the ongoing detention of Nissan ex-chairman Carlos Ghosn.

In Asahi, next to a photograph of Takeda, a headline read: “French preliminary hearing judge suspects bribery in Olympic bidding.”

Ghosn is a Brazilian-born Frenchman, and several papers suggested that France could be getting even for Japan’s treatment of Ghosn.

“France Retaliates for Ghosn Case?” said a headline in the magazine Aera, which is published by Asahi.

The Tokyo Shimbun ran with the strongest headline: “Tokyo Olympics in Shock and Turmoil.”

“Impossible. Why now?” the newspaper headline asked, quoting unnamed 2020 Tokyo Olympic officials. The paper said “shock ran through people working on the Tokyo Olympics. With about 500 days to go before the games open, those involved are perplexed and flabbergasted.”

The IOC ethics commission was to have met Friday, but the IOC did not say what action it had taken. It could suspend Takeda or ask him to step aside during the investigation. Or do nothing.

The preliminary charge against Takeda announced by the National Financial Prosecutors office was first reported on Friday by French newspaper Le Monde. The preliminary charge means the investigating magistrate has determined there are serious grounds for suspicion. But no decision has been made on prosecution.

Le Monde said French authorities suspect the IOC vote for Tokyo in 2013 was swayed by secret deals that secured the backing of IOC members from Africa.

Le Monde reported French investigators suspect Takeda of authorizing the payment of $2 million in bribes made on either side of the IOC vote in September 2013 to a Singapore company, Black Tidings.

French prosecutors have linked Black Tidings to Papa Massata Diack, one of the sons of Lamine Diack, who presided over the IAAF from 1999 to 2015.

Lamine Diack, who had huge influence on African voters in Olympic contests, is under investigation in France on corruption-related charges and allegations that he, his son and others were involved in blackmailing athletes and covering up failed drug tests. The 85-year-old Diack has had to turn in his passport and is not allowed to leave the country. His son is believed to be in Senegal.

Takeda was an Olympic equestrian athlete in 1972 and 1976 and is the head of the IOC’s marketing commission, which has played a part in lining up billions in sponsorship money from Japanese companies for the Tokyo Olympics.