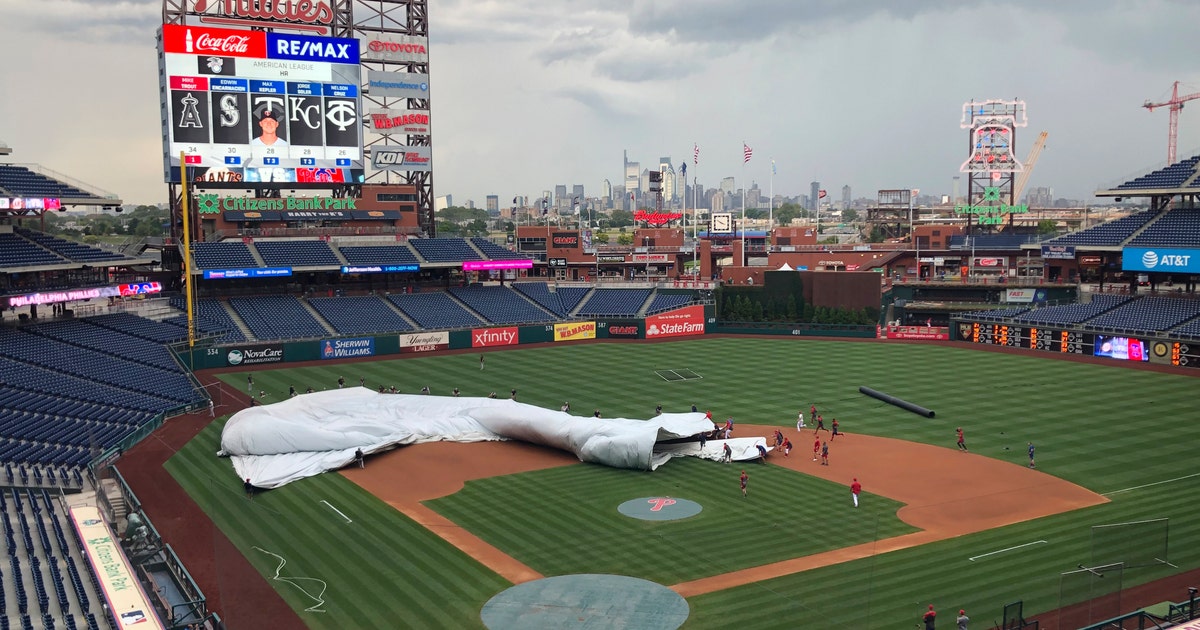 PHILADELPHIA (AP) — Players from the San Francisco Giants and Philadelphia Phillies rushed to help the grounds crew put tarp on the field when strong winds blew it out of control a few hours before Wednesday’s game.

Many of the players were stretching or having a catch in the outfield as the skies darkened and rain began at Citizens Bank Park. They quickly ran over to help the crew once the tarp started to swirl.

“It was crazy out there,” Giants reliever Will Smith said. “Some guys were getting pulled up. Both bullpens came together and we got the thing nailed down. It was a crazy three minutes there.”

Phillies reliever Adam Morgan said he hadn’t assisted with a tarp since he played college ball at Alabama.

“That thing is heavy,” Morgan said.

The crew had no trouble removing the tarp and the game started on time.