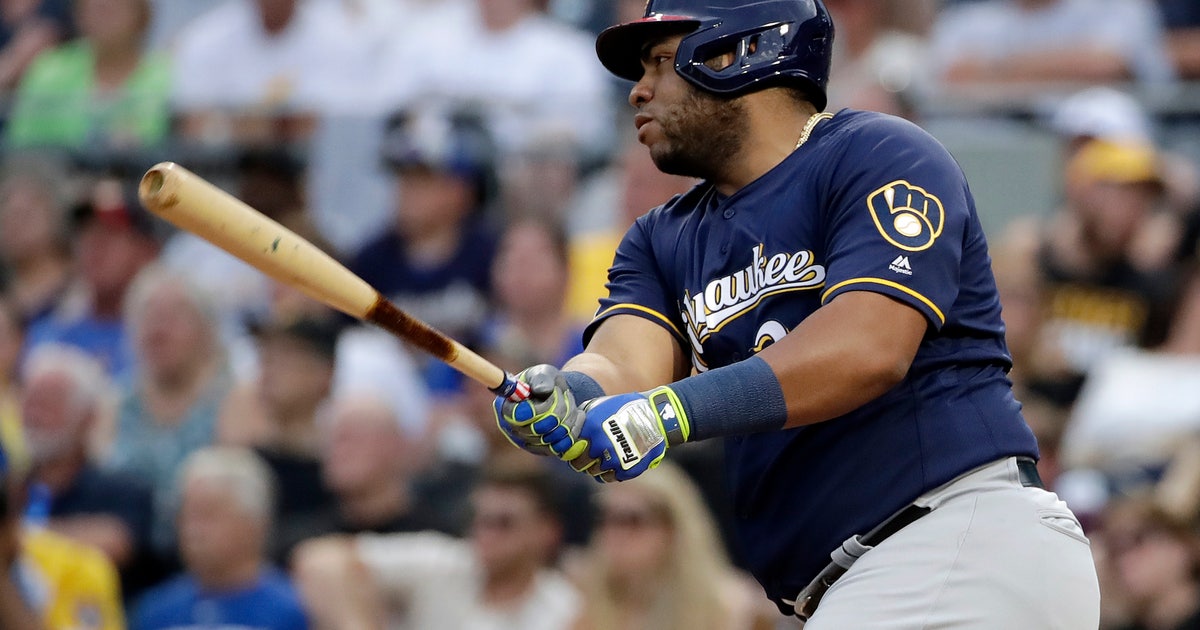 BOSTON (AP) — Tampa Bay manager Kevin Cash talked to Rays baseball boss Matt Silverman at 3:52 p.m. on Wednesday, eight minutes before the trading deadline, and had no idea the team was on the verge of several deals.

“Then it all came quick,” Cash said after Tampa made three trades on deadline day, including one that brought slumping Brewers slugger Jesús Aguilar to the AL East hopefuls.

The Rays sent right-handed reliever Jake Faria to Milwaukee in the deal, the first and biggest of Tampa’s moves to try to catch the New York Yankees in the division, or at least pass Oakland in the wild-card race. At the 4 p.m. deadline, the Rays were eight games behind the Yankees in the East and one-half game behind the Athletics for the AL’s second wild-card berth.

Neither the Yankees nor Red Sox, who entered Wednesday night’s game 1 1/2 games behind Tampa, made any moves at the deadline.

“There’s a buzz in here leading up until 4 o’clock and everyone in here was just refreshing their phones to see what the heck was happening,” outfielder Kevin Kiermaier said in the visitor’s clubhouse at Fenway Park.

“It’s fun to see people in new uniforms and see which teams were going to try and help their clubs the most,” he said. “I definitely think we’re one of the teams up there that made some great acquisitions.”

“I think we’re all excited,” Kiermaier said. “It lets us know that the front office has our backs and they’re giving us the best chance of winning every single day.”

An All-Star last year, when he hit 35 home runs with 108 RBIs for the NL Central champion Brewers, Aguilar is hitting .225 with eight homers and 34 RBIs this year.

“Under the hood, we still feel there is some life there,” Rays general manager Erik Neander said.

The Rays also picked up infielder Eric Sogard from Toronto on Sunday. Sogard played with Aguilar in Milwaukee in 2017 and ’18.

“He’s struggled a little bit this year. He really is a force at the plate,” Sogard said. “I think he’ll be a big asset to this team.”

Stanek has been used mostly as an opener by the Rays this year, and he has a 3.40 ERA in 41 games. Sanchez, a 21-year-old left-handed hitter, is batting .275 with Double-A Montgomery.

Kolarek had a chance to say goodbye to his teammates before heading out to join the Dodgers. The 30-year-old reliever shared a couple of hugs before slinging a Rays equipment bag over his shoulder and heading out.

“It’s surreal to be a major league baseball player. You never take that for granted,” he told reporters. “Now to be a part of it a move in the last couple seconds of the trade deadline is crazy.”

Kolarek, 30, was 4-3 with a 3.95 ERA in 54 games this season. He gave up a go-ahead homer against Boston in the series opener on Tuesday night but picked up the win when the Rays rallied the next inning.

Hulsizer, 22, was batting .265 with 20 homers and 67 RBIs in the Midwest League and the California League in his second professional season. He was an 18th-round draft choice by the Dodgers last year.