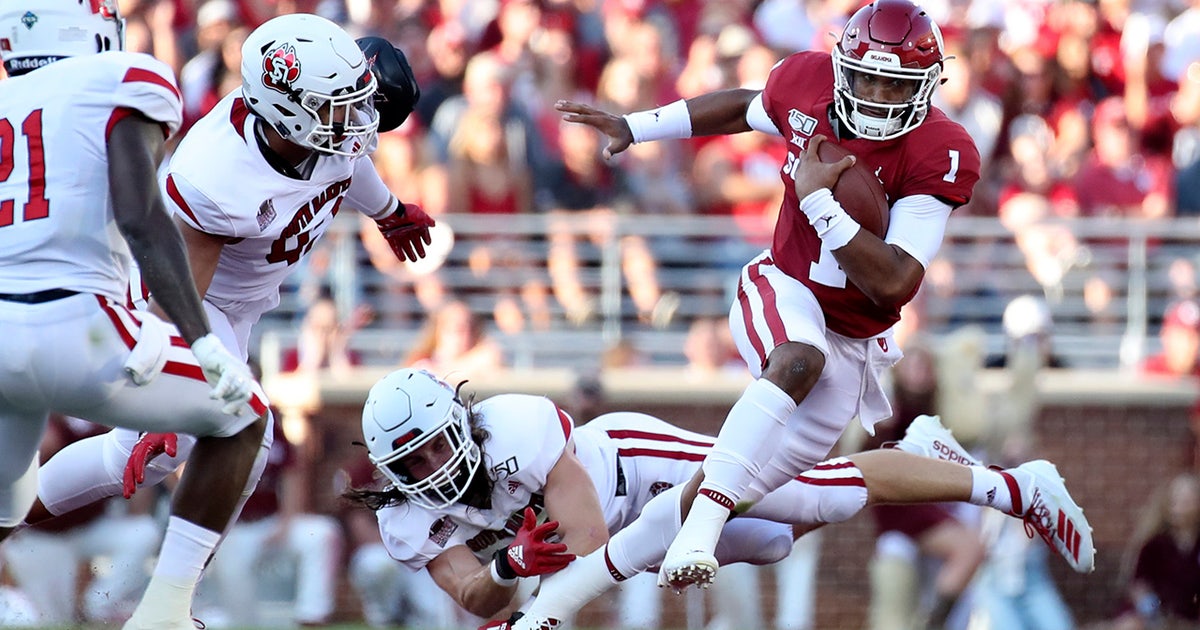 Without question, Jalen Hurts has been a revelation under Lincoln Riley.

If it was an unknown at the controls of Oklahoma’s offense, it would be easy to see a backlash crediting the system and not the player for another sizzling start by a Sooners quarterback. But Hurts, a known commodity before he transferred thanks to those three years and a national championship at Alabama, has looked the perfect fit in Norman.

They’re taking advantage of his strengths in the intermediate passing game, with Hurts hitting 82.9 percent of his passes, tied with USC’s Kedon Slovis for the national lead.

When he was in Tuscaloosa, Hurts never had higher than a 60.4 completion percentage in his years as a starter and averaged no better than 248.9 yards of offense a game.

The past two weeks, Hurts keeps reciting the “we’ve just got to do things better” credo, but through two games, he has a better completion percentage, more yards (814) and touchdowns (nine) than the last two guys who won the Heisman. He should put on another show this weekend vs. struggling UCLA.

If the first two weeks are any indication, Hurts is going to give the program a chance at an unprecedented third straight trophy on the heels of Baker Mayfield and Kyler Murray.

At a minimum, if Hurts keeps this up and reaches New York, he could also give the Sooners another piece of Heisman history. They are currently tied with BYU (1983-85), Miami (1984-86) and Stanford (2009-11) with a finalist in three straight years.

Before we look at who is going to rise and fall in the race this week, here’s a look at the Forecaster’s virtual ballot after two weeks of play.