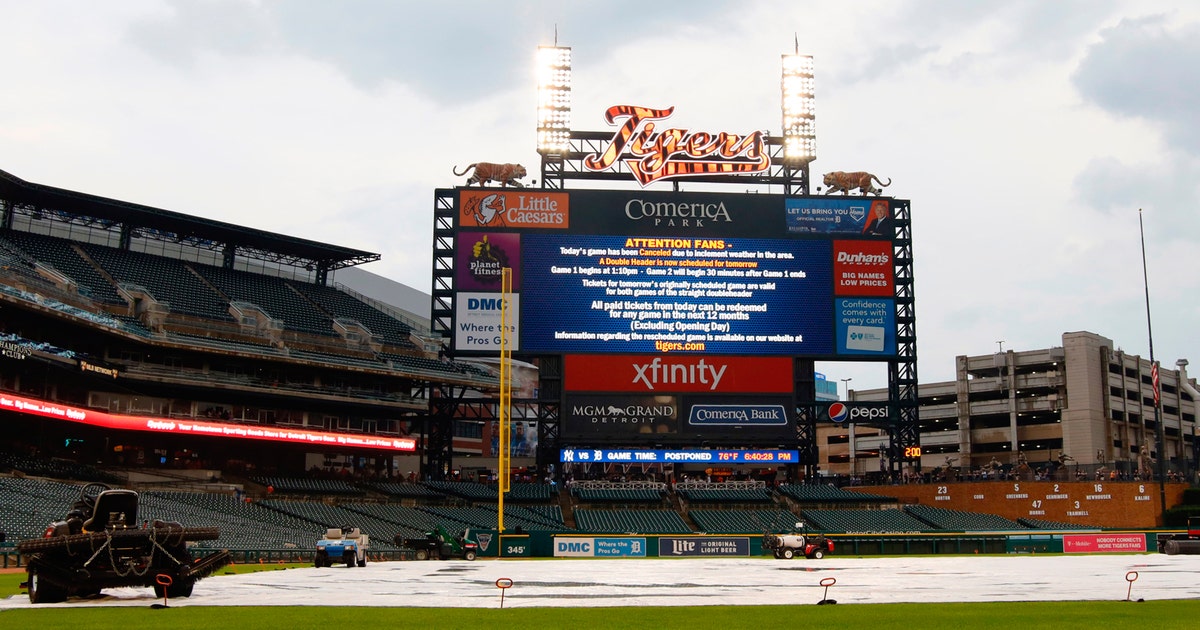 DETROIT (AP) — CC Sabathia’s next trip to the mound will have to wait a bit.

The New York Yankees and Detroit Tigers were rained out Wednesday night, and the game was rescheduled as part of a doubleheader Thursday. Sabathia, who has dealt with right knee problems this season, had his start pushed back to the second game of the twinbill.

The 39-year-old Sabathia (5-8) hasn’t pitched since Aug. 30. The Yankees left-hander was activated from the injured list Wednesday.

“With CC’s knee, yeah, we know it’s the number one thing that he’s had to deal with for the last few years, and obviously even more so this year, so it’s always going to be a challenge,” manger Aaron Boone said. “Right now, he’s in a pretty good spot with it, and we’ll just see how it continues to handle the workload.”

J.A. Happ (12-8) is set to start the opener Thursday for the Yankees against Detroit’s Matthew Boyd (8-10), who was supposed to pitch Wednesday. Spencer Turnbull (3-14) starts the second game for the Tigers against Sabathia.

The doubleheader is set to begin at 1:10 p.m., with the second game right after the first one. FOX Sports Detroit will carry both games. Our coverage will begin at 12:30 with Tigers LIVE.

Wednesday’s game was scheduled to begin at 6:40 p.m., but it rained hard before that, and the game was called off around the time it was supposed to start. Thursday’s games are the last scheduled meetings between the teams this season.

On Wednesday, Boone gave updates on several of his injured players. Outfielder Aaron Hicks, whose injury is listed as a strained right flexor, will probably be shut down for at least a couple more weeks.

“It’s not real clear about what the course of action should be,” Boone said. “We’re trying to get as many smart people as we can kind of looking at this, but it’s frankly something that’s not real clear. … Surgery would be certainly on the table. I wouldn’t even call it likely. It feels very much up in the air in how it responds, because when you look at how they read the MRIs and whatever, it’s not clear that something needs to be done, but the reality is he hasn’t responded yet to the first shutdown.”

Boone said left-hander Stephen Tarpley (left elbow) would join the Yankees and could be an option beginning Thursday, and that left-hander Jordan Montgomery (left elbow) has made “really good progress” and would join the team at some point, too. Those two pitched for Double-A Trenton on Tuesday along with right-hander Dellin Betances. Boone said Betances (right shoulder) will stay with Trenton and possibly pitch Thursday or Friday.