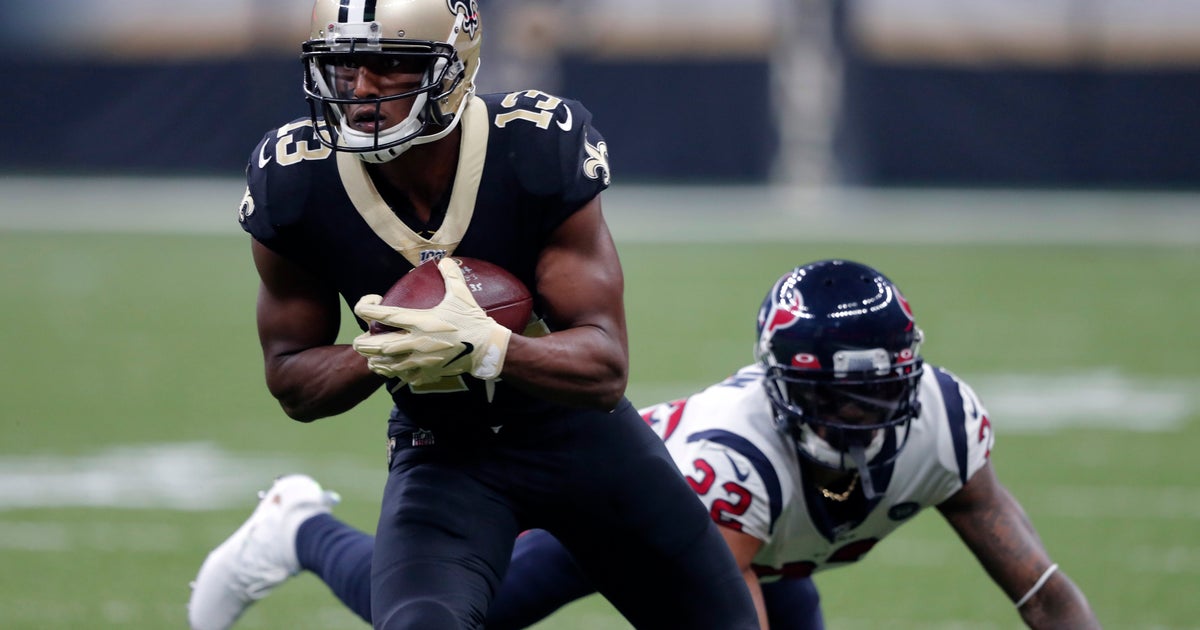 HOUSTON (AP) — The Houston Texans are moving on from cornerback Aaron Colvin after releasing the player with three years left on his contract after a dreadful performance in their loss to New Orleans.

Now the remaining members of the secondary will have to figure out how to improve without him against Jacksonville this week after Houston allowed 362 yards passing in the opener.

“Aaron worked hard for us, was a good teammate, a good pro, we just felt like it was in the best interest of our team and for Aaron to get a fresh start and for us to move in a different direction,” O’Brien said.

Colvin was in the second year of a four-year, $34 million contract that had $18 million guaranteed.

O’Brien and the Texans decided they’d seen enough of him after he gave up two touchdowns in the second half of Monday night’s 30-28 loss. The first came on a 9-yard score by Taysom Hill in the third quarter. He then got beat on a 14-yard TD reception by Tre’Quan Smith later in the period. Colvin was also on the coverage when Ted Ginn grabbed a 9-yard reception that set up the game-winning field goal.

While Colvin became the scapegoat for Houston’s secondary struggles in Week 1, his teammates were quick to point out that he was far from the only problem in a game where no defensive back got a hand on the ball.

“That’s truly embarrassing as a secondary and I’ll be one to say I gave up my share of things in that game,” safety Tashaun Gipson said. “So for somebody to pinpoint one person it’s unfair. But for (Drew Brees) to throw the ball over 40 times, that’s dang near impossible for us in the secondary not to get our hand on one ball. That’s one of the things we have to change.”

With Colvin gone the Texans could look to rookie cornerback Lonnie Johnson to play a bigger role than he did in the opener. Johnson, a second-round pick from Kentucky, only appeared on special teams in the opener.

“Lonnie has a chance to be in there more,” O’Brien said. “He was good on special teams on Monday night, did some decent things so we’ll see how the week goes.”

Houston could also use Phillip Gaines, after the six-year veteran was signed to take Colvin’s spot on the roster. O’Brien values Gaines, who spent most of his career with Kansas City, for the many different things he can do.

“He’s a guy that can play inside and outside, had production in the league,” O’Brien said. “He’s played for a while. Smart guy, good moving skills and a versatile skillset. We’ll see how it goes this week, but I think he has a chance to help us.”

Another possibility to help out in the secondary is Keion Crossen, who was acquired in a trade with New England on Aug. 31. He saw limited action in the opener, but could see more work this week with more time in practice.

After dealing with Brees, a 12-time Pro Bowler, in the opener, the Texans will now face Gardner Minshew, a rookie sixth-round draft pick who made his debut last week after Nick Foles broke his collarbone.

While the Texans certainly respect what Minshew did in relief of Foles on Sunday when he completed 22 of 25 passes and threw two touchdowns, they do expect things to be a bit easier this week than they were against Brees.

“We’re licking our chops,” Gipson said. “We’ve got a rookie quarterback that wasn’t supposed to be playing.”

Cornerback Johnathan Joseph, a 14-year veteran, agreed with Gipson that the entire secondary will need to improve for the Texans to be better this week and believes that the key to improvement will come down to one thing.

“Football is communication,” he said. “So that’s the biggest thing.”