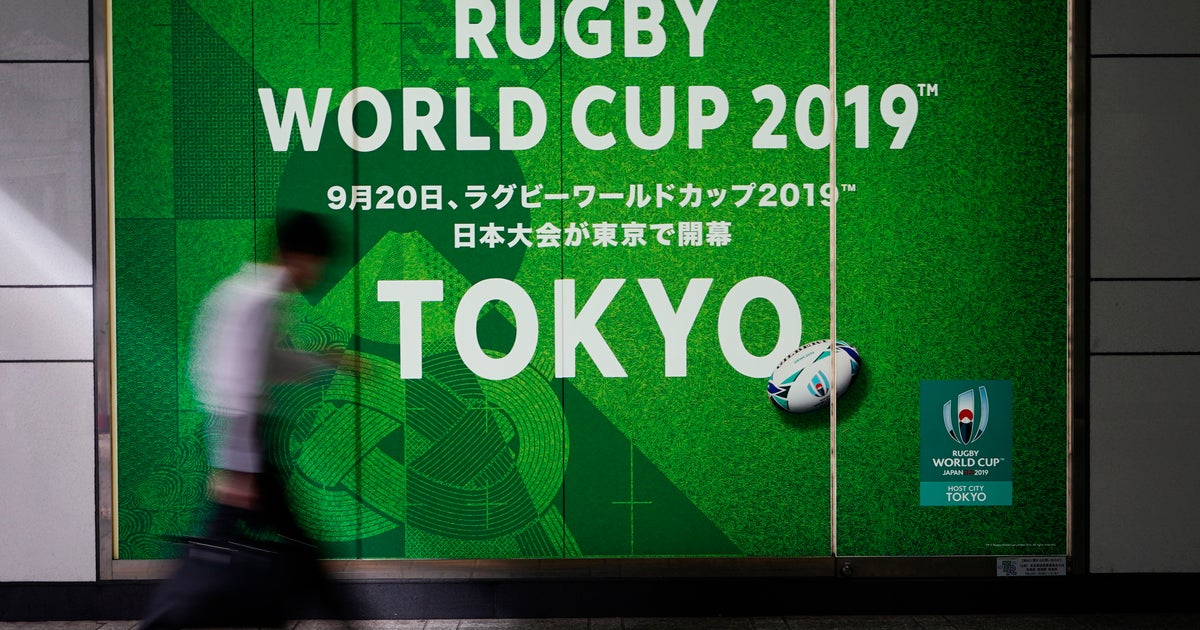 TOYOTA, Japan (AP) — At times it felt like only a force of nature could stop New Zealand’s run at the Rugby World Cup. And that’s what happened.

The threat of Typhoon Hagibis forced Rugby World Cup organizers in Japan to cancel two pool games scheduled for Saturday, including the Pool B match between the defending champion All Blacks and Italy in Toyota.

That ended New Zealand’s perfect record in the group stage and rampant recent run at the Rugby World Cup.

The three-time champions had won all 31 of their pool games dating back to the first tournament in 1987. New Zealand had also won 17 straight games at the World Cup, playoffs included, before Thursday’s announcement by organizers.

The last time New Zealand failed to win a World Cup game was in the quarterfinals in 2007, three tournaments ago.

World Rugby said Hagibis, which has the same force as a Category 5 hurricane, “is highly likely to cause considerable disruption in the Tokyo, Yokohama and Toyota City areas throughout Saturday.”

The England-France Pool C game in Yokohama was also canceled. The typhoon is predicted to be the worst of Japan’s 2019 typhoon season.

Japan’s World Cup had no plan B for group games that couldn’t be played on the day they were scheduled. No provision for a postponement and no chance of being played at another venue. The rules mean the game is called a scoreless draw and both teams get two log points.

The All Blacks will get over it.

After all, they still finish top of Pool B, as expected, even if their win running comes to an end. New Zealand still has the playoffs and an attempt at a third straight Rugby World Cup title and fourth overall ahead of it.

Coach Steve Hansen had no issues with the game being called off for safety reasons.

“When you get a typhoon to the level we’re getting, then safety is the paramount thing so it’s a no-brainer,” Hansen said.

Italy had a sliver of a chance of going through to the quarterfinals if it beat the defending champion for the first time in its history. No one was expecting that, though, and it wasn’t forefront in Italian players’ minds at their team camp in Toyota.

Instead, Italy was ready to give veterans Sergio Parisse and Leonardo Ghiraldini fitting farewells after their long service to the team.

No. 8 Parisse, Italy’s captain, has played 142 tests, breaking the record for a northern hemisphere player in the Azzurri’s last game at the World Cup against South Africa. He is the second most-capped player ever behind New Zealand World Cup winner Richie McCaw. The 34-year-old Parisse said he was going to retire after the World Cup and was due to go out against the world’s best team in Toyota.

At least he got to play at this World Cup.

Hooker Ghiraldini, who is also 34, battled back from injury to make Italy’s squad and was due to be given his first action in Japan against New Zealand. It was to be in recognition of his 13 years and more than 100 tests of commitment in the front row.

Ghiraldini reportedly shed tears among teammates at the Italy camp when news broke that the game against New Zealand had been canceled.