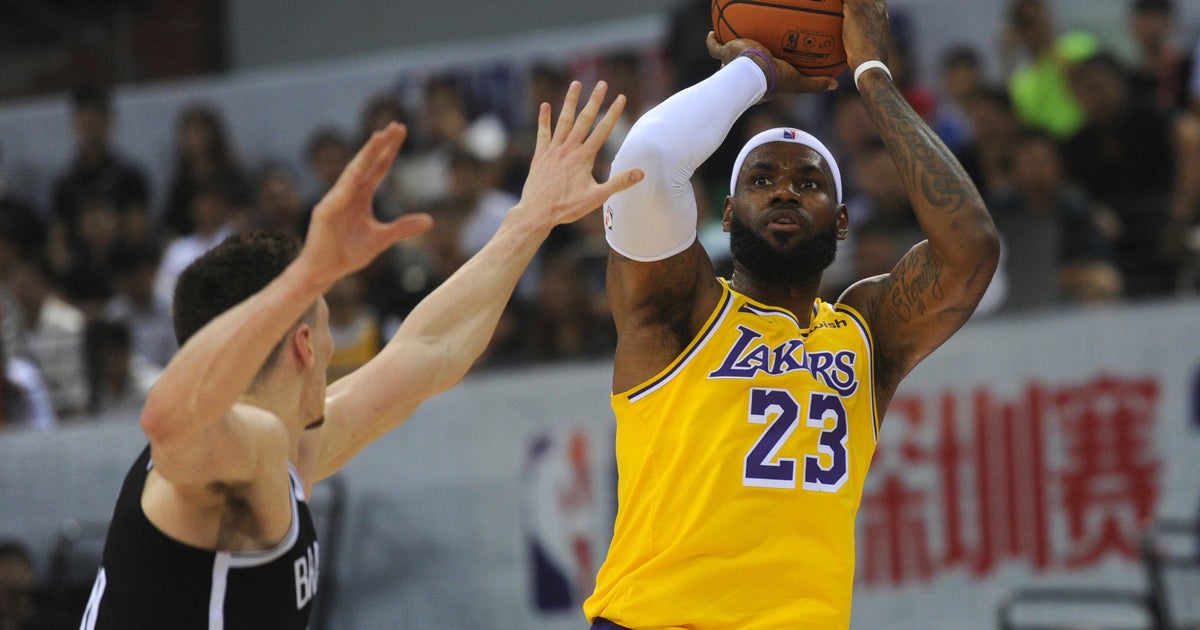 LOS ANGELES (AP) — LeBron James believes Houston Rockets general manager Daryl Morey “was either misinformed or not really educated on the situation” and the potential consequences of his actions when he tweeted in support of Hong Kong’s pro-democracy protests.

In his first public comments since the Los Angeles Lakers returned home from a strange weeklong tour of China immediately after Morey’s incendiary tweet, James’ lengthy answer to a question about whether Morey should be punished for the tweet didn’t specifically address the merits of Morey’s support of Hong Kong sovereignty.

The Lakers superstar instead characterized the international incident caused by Morey’s tweet as a cautionary tale about the power of social media.

“Yes, we do have freedom of speech,” James said. “But at times, there are ramifications for the negative that can happen when you’re not thinking about others, when you only think about yourself. I don’t want to get into a word or sentence feud with Daryl Morey, but I believe he wasn’t educated on the situation at hand, and he spoke. So many people could have been harmed, not only financially but physically, emotionally, spiritually. So just be careful what we tweet and what we say and what we do. Even though yes, we do have freedom of speech, it can be a lot of negative that comes with it.”