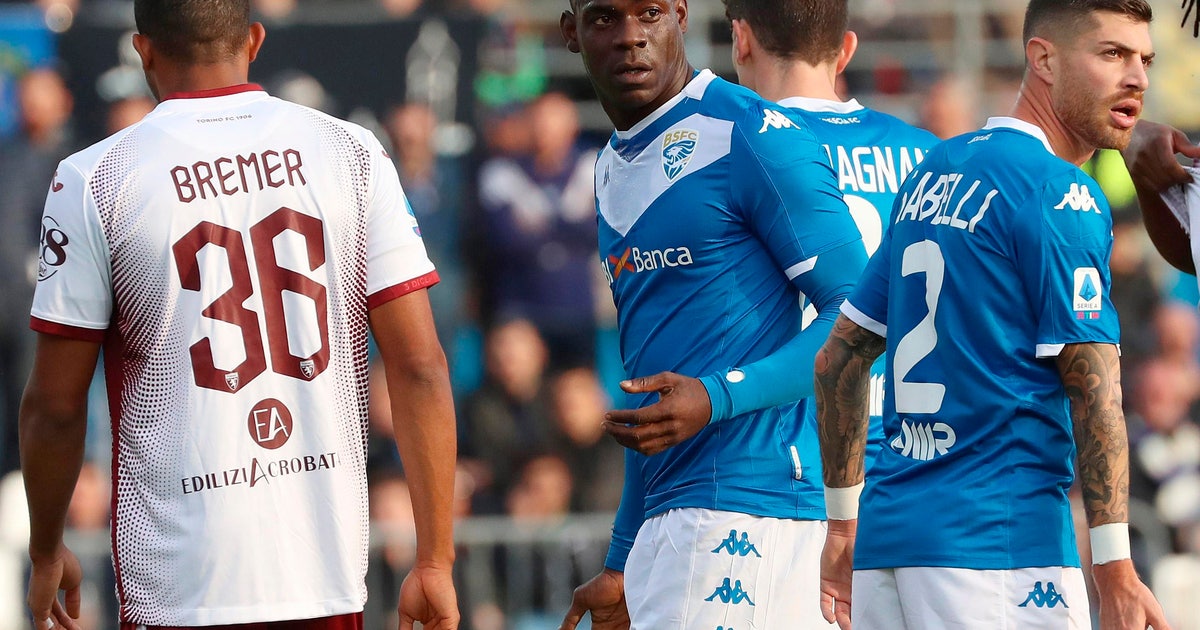 TURIN, Italy (AP) — Three leaders of the extreme-right Forza Nuova political party have been stopped by police for putting up a racist banner aimed at Brescia striker Mario Balotelli.

The banner, which read “Mario you’re right, you’re an African,” was posted on a fence outside Juventus’ Allianz Stadium in Turin last month. The words “Mario” and “African” were written in red, with the other words in black.

The banner also featured a logo for the neo-fascist Forza Nuova party.

The three Forza Nuova members face accusations of spreading racial hatred and have been banned from Italy’s sports stadiums.

The banner was put up in the aftermath of a national debate over racism after Balotelli angrily kicked a ball into the stands out of frustration because of discriminatory chants during a game at Hellas Verona.

Balotelli, who is black, was born in Italy to Ghanaian immigrants and has represented the Italian national soccer team. He was also the subject of a racist remark by the Brescia club president recently.