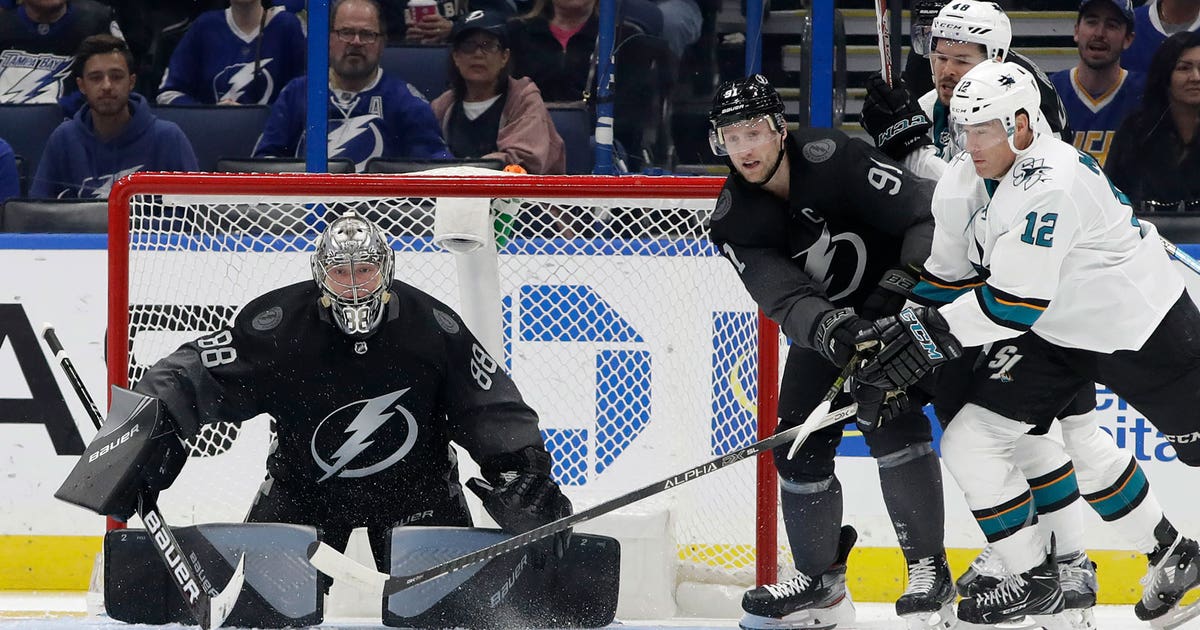 Marc-Edouard Vlasic scored with 5:16 remaining for the Sharks, who had picked up a point in their previous five road games (4-0-1). Martin Jones was pulled early in the third after allowing four goals on 21 shots.

Vasilevskiy made a nifty pad save on Kevin Labanc, who skated down the slot and took a pass from Joe Thornton 6 minutes into the second.

After tying Stan Mikita, Joe Mullen and Darryl Sittler for 49th place on the NHL power-play list on his first goal with 27 seconds to go in the second, Stamkos then tied Glenn Anderson for 48th with his 151st career man-advantage goal in the third.

The Lightning converted two of four chances with the man advantage.

Johnson opened the scoring 3:10 into the game. The Lightning didn’t allow a goal during three short-handed situations in the opening 10 minutes of play.

San Jose is 0 for 23, including four opportunities Saturday, on the power play over its last 10 games.

NOTES: Stamkos stopped a six-game goal drought. … Jones lost for just the third time in last 13 starts. … Thornton has not scored a goal in his last 40 games. He is three away from becoming the 12th player to appear in 1,600 NHL games. … Hedman has a goal in three straight games. … Tampa Bay RW Nikita Kucherov had his seven-game point streak (four goals, 13 points) end.