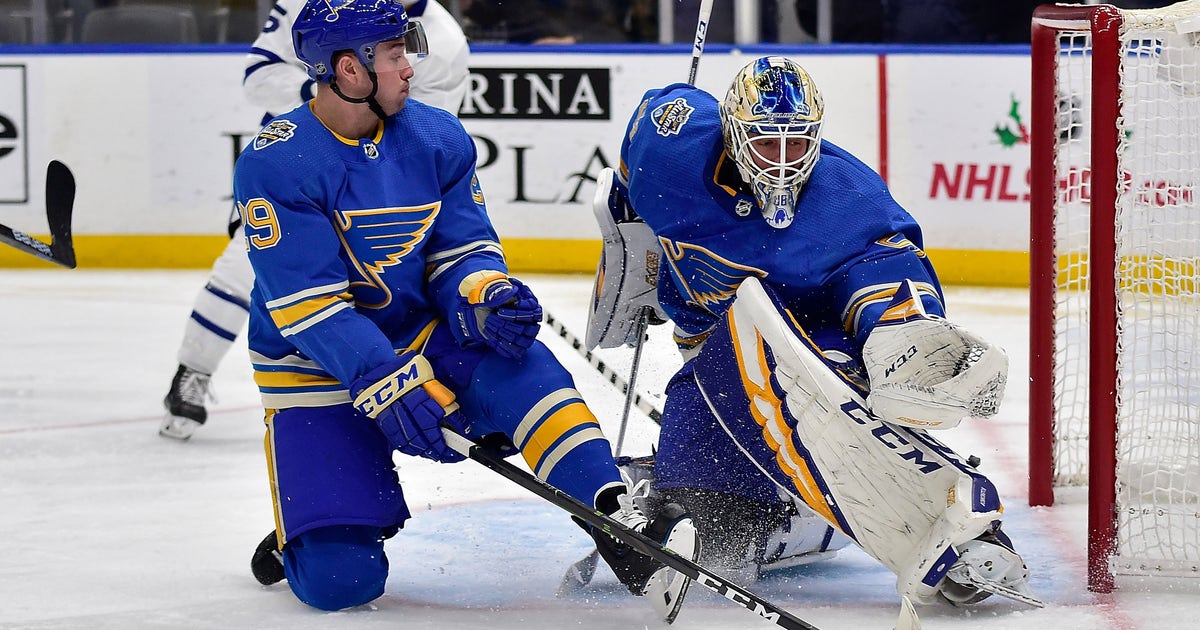 ST. LOUIS — Auston Matthews broke out of a slump with a pair of goals and Zach Hyman also scored twice as the Toronto Maple Leafs downed the St. Louis Blues 5-2 on Saturday night.

Frederik Andersen made 26 saves for the Leafs, who had lost seven in a row against St. Louis.

David Perron and Ivan Barbashev scored for St. Louis, which has lost two in a row following a four-game winning streak.

Jason Spezza capped the Leafs’ four-goal first-period outburst with his 19th of the season. Toronto scored three times in a span of 6:06.

Matthews had gone a season-high five games without a goal. He broke a 1-1 tie with a wrist shot from the left wing 6:51 into the opening period.

Matthews, the No. 1 overall choice in the 2016 NHL draft, had scored just once in seven career games against the Blues. He pushed the lead to 5-1 with a power-play goal midway through the second period, his 18th goal of the season.

Hyman scored his second goal of the game by converting on a short-handed breakaway for a 3-1 lead. He took a perfect pass from Pierre Engvall as they broke in alone on St. Louis goalie Jordan Binnington.

Andersen recorded his fifth win in his last seven starts to improve to 14-7-3.

Binnington was removed after giving up four goals on 11 shots in the first 9:28. It was the first time he had been pulled since Game 6 of the Stanley Cup Final after surrendering five goals on 19 shots.

NOTES: St. Louis LW Zach Sanford left in the first period with an upper-body injury and did not return. …The Maple Leafs are 5-3 under Sheldon Keefe, who stepped in when Mike Babcock was fired on Nov. 20. …Toronto’s last win over St. Louis prior to Saturday was a 4-1 triumph on Jan. 2, 2016. …Toronto LW Pontus Aberg made his Leafs debut.

Toronto: Faces Vancouver on Tuesday in the second game of a four-game road swing,

St. Louis: Takes on the Sabres in Buffalo on Tuesday.