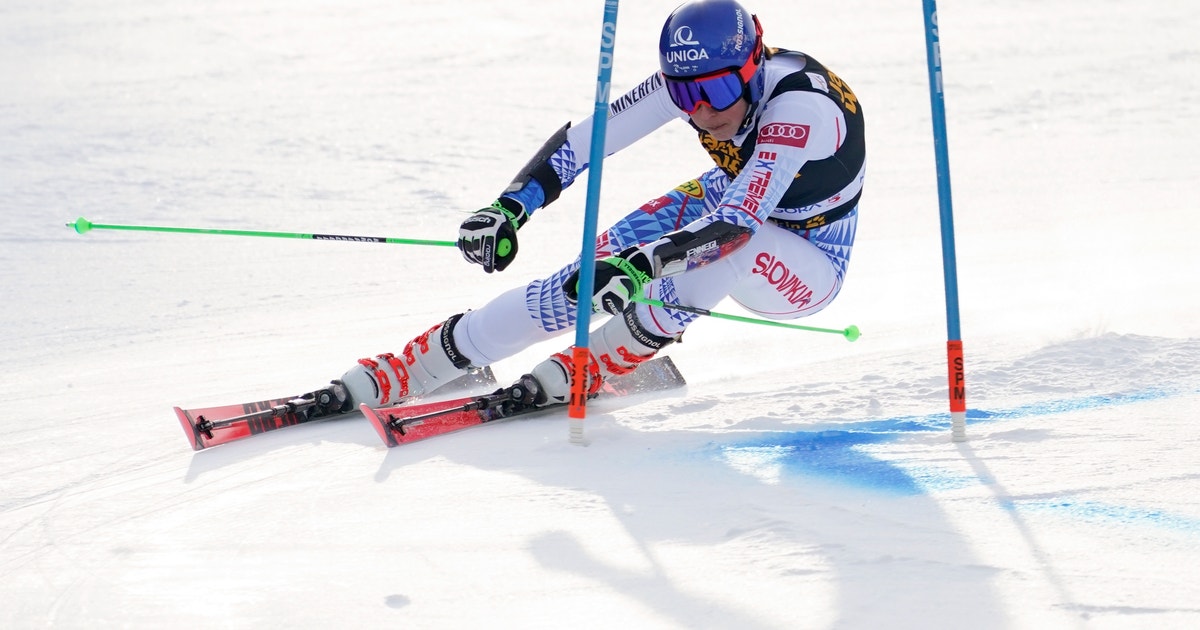 The world champion from Slovakia will match her personal best of five wins in a single season if she holds on to her lead.

In the absence of American rival Mikaela Shiffrin, Vlhova finished 0.24 seconds ahead of Alice Robinson of New Zealand. Slovenian Meta Hrovat was third.

The 18-year-old Robinson got her first career win at the season-opening GS in Soelden in October while Vlhova shared victory with Federica Brignone in the previous GS in Sestriere a month ago.

Brignone was sixth on Saturday and the Italian skier will have 0.94 to make up in the second leg. She is leader Shiffrin’s closest challenger in the overall World Cup standings, with the American competitor holding a 145-point advantage.

Shiffrin, who is the three-time overall champion and won Olympic GS gold in 2018, is taking an indefinite break from racing since the death of her father, Jeff Shiffrin, almost two weeks ago.

“At this point we have no information to share about a return to Europe or a return to competition,” U.S. ski team coach Magnus Andersson said on the eve of the race.

Two-time former world champion Tessa Worley of France was down in 13th spot on her return from a seven-week injury layoff.

The races were moved from another Slovenian resort, Maribor, because of a lack of snow and mild temperatures.

The last time women’s World Cup races were held in Kranjska Gora in 2018, Shiffrin won both the GS and the slalom.