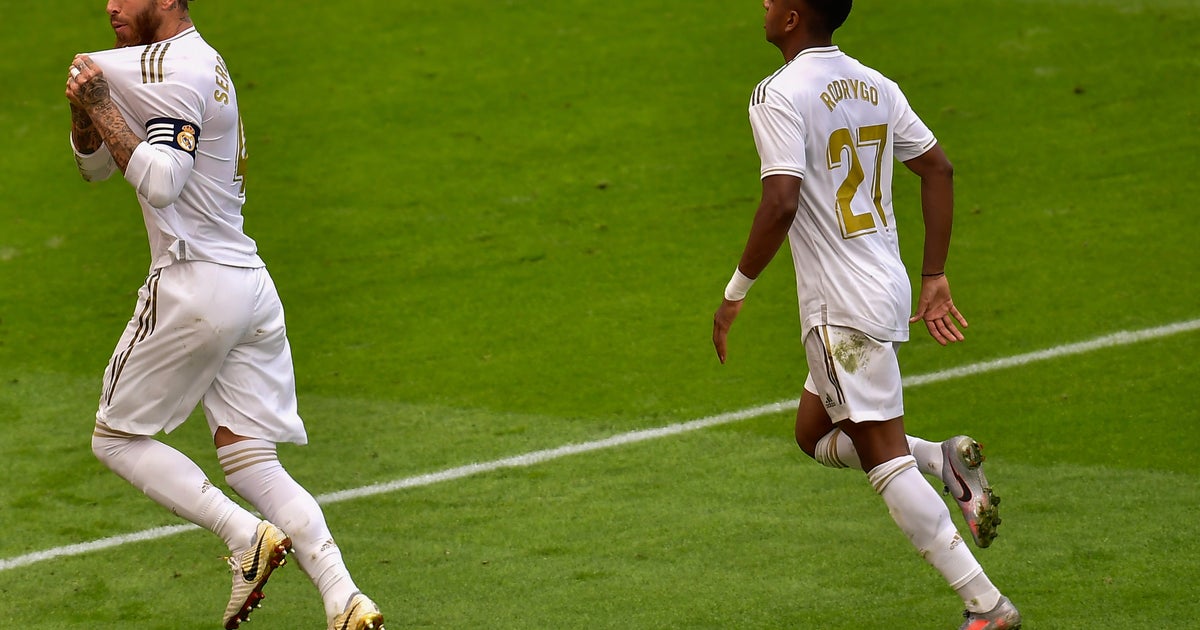 A look at what’s happening around European soccer on Friday:

Real Madrid hosts relegation-threatened Alavés needing a win to regain a four-point lead over second-place Barcelona, which on Wednesday got to within a point after defeating last-place Espanyol. Madrid, seeking its first league title in three years, has won all seven matches since the league resumed following the coronavirus break. Seventh-place Real Sociedad looks to keep alive its hopes of qualifying for the Champions League when it hosts mid-table Granada.

UEFA will draw the quarterfinals and semifinals pairings at 1000 GMT for the mini-tournament planned in Lisbon next month likely without fans in the stadiums. There will be plenty either/or options in the draw with only four quarterfinalists known and four last-16 second-leg games to resolve on Aug. 7 and 8. Those games will be played at the home stadiums of Barcelona, Bayern Munich, Juventus and Manchester City. The rest of the competition will be single-leg knockout games in the stadiums of Benfica and Sporting Lisbon from Aug. 12. The final is Sunday, Aug. 23 at Benfica’s Stadium of Light.

The Europa League is even further behind schedule going into its quarterfinals and semifinals draw (1100 GMT) for a mini-tournament in Germany. Six second-leg games are outstanding in the round of 16, and the other two pairings could not even begin in Italy and Spain in March. The Inter Milan-Getafe and Sevilla-Roma games will be settled by single-leg knockout in Germany on Aug. 5 and 6. The second leg games are scheduled on the same dates in the home stadiums of Manchester United, Bayer Leverkusen, Shakhtar Donetsk, Wolverhampton, Basel and Copenhagen. Four stadiums in western Germany — Cologne, Duisburg, Düsseldorf and Gelsenkirchen — will host quarterfinals from Aug. 10. The final is Friday, Aug. 21 at Cologne, and the winner gets direct entry to the Champions League group stage next season.