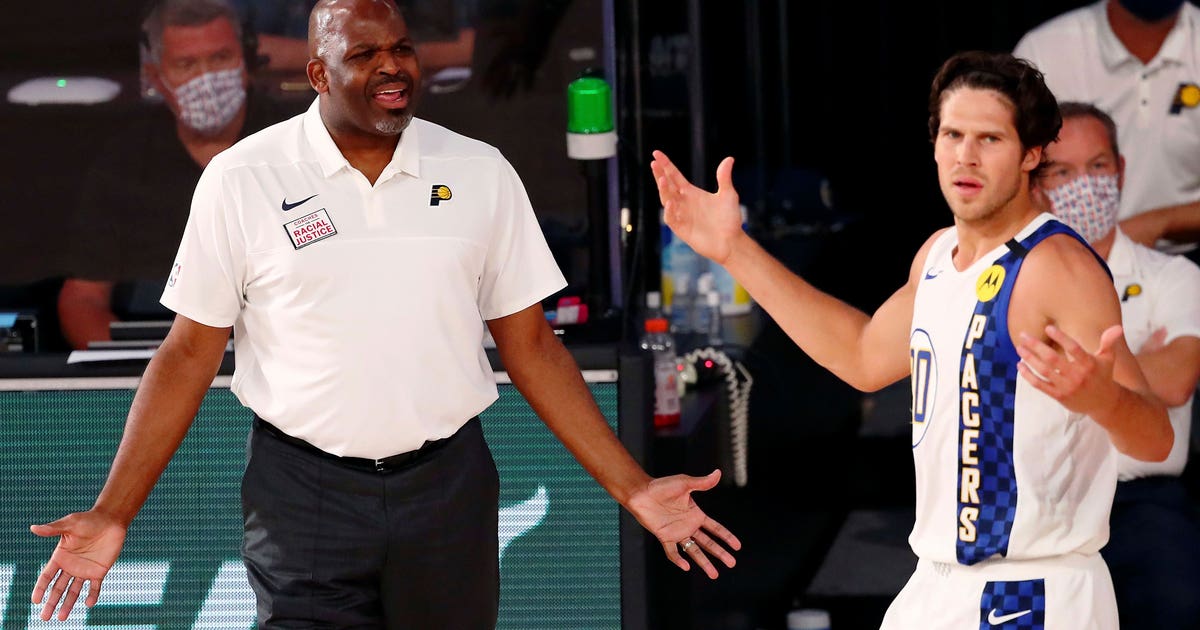 Five days after firing coach and longtime friend Nate McMillan, Pritchard has embarked on a search for a replacement who communicates better with today’s players, runs a more updated playing style and can win in the playoffs.

“I think it shows you by the actions of the last few days our ownership expects more,” Pritchard said Monday. “It’s up to me to step up to the plate and find the right person to lead the locker room, be creative and find a new-age coach. We’ve been in the playoffs, we keep getting into the playoffs, we come up with the fourth-best record in the East, and that’s something we’re proud of. But we want to play well in the playoffs.”

That wasn’t the case under McMillan, who reached the postseason in all four seasons as Indiana’s coach. While he won 183 regular-season games in Indiana, an average of 45.8 per season, the Pacers went 3-16 in the playoffs and never reached the second round.

Under McMillan, the Pacers suffered the franchise’s only three four-game sweeps since they joined the NBA in 1976 and endured nine consecutive playoff losses — a franchise record.

The decision came two weeks after McMillan agreed to a one-year contract extension that would have taken him through 2021-22.

“It feels like the last couple years has ended with a bad taste in our mouth and that’s something we knew had to change,” Pritchard said. “I take full responsibility. But as president of this organization, I want us to be better than four-and-out in the playoffs.”

While Pritchard didn’t drop names or directly criticize McMillan, he did discuss what he is looking for.

He wants a leader who understands communicating in the digital world. He wants someone who understands the league’s new culture, players’ more expansive world views, even their fashion statements. He didn’t rule out a college coach, and he even sought the advice of Chris Ballard, general manager of the NFL’s Indianapolis Colts.

The Pacers have All-Stars Victor Oladipo and Domantas Sabonis on the roster, and center Myles Turner is one of the league’s top rim protectors. Pritchard also thought Malcolm Brogdon, Indiana’s other starting guard, played at an All-Star level early last season and forward T.J. Warren put on a scoring show in the bubble.

Indiana’s current roster may look much the same next season. Pritchard is only about $12 million away from the luxury tax threshold the Pacers have avoided and has no first-round draft pick. And with Oladipo’s contract expiring after next season, Pritchard’s decision could go a long way in helping the former Indiana University star decide whether to sign an extension.

“We don’t feel any rush to make any quick decisions on Victor,” Pritchard said. “But it will be up to him. He has the choice and it’s his first time to have an autonomous choice. I’m hopeful we can create an environment he feels good about, where he feels like he can win.”