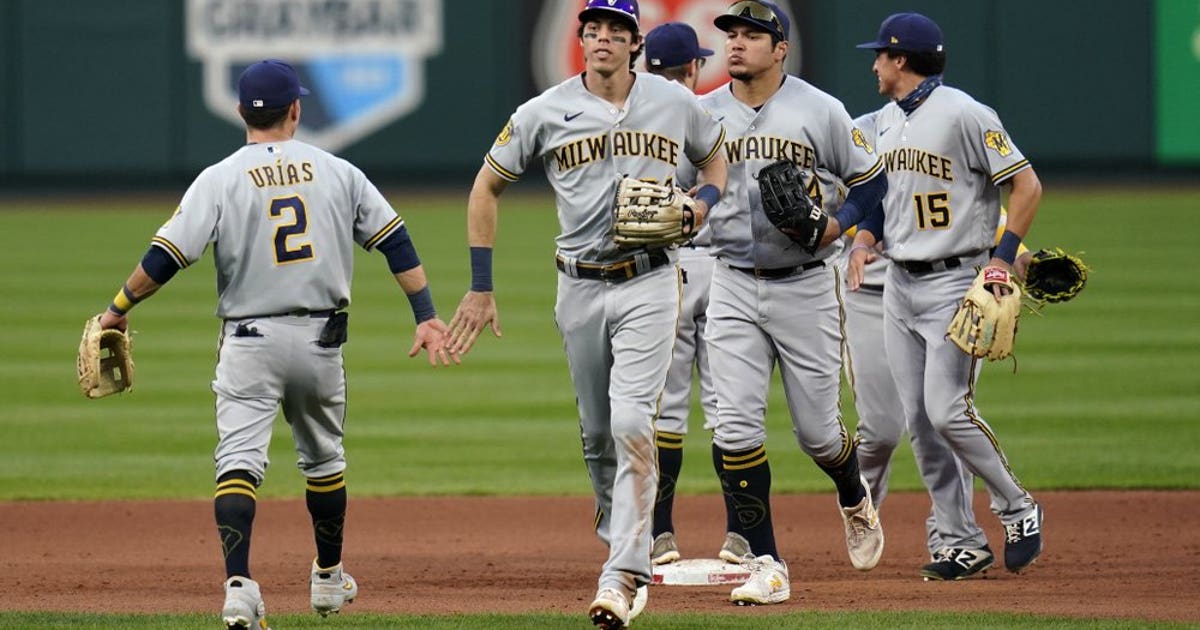 ST. LOUIS — Christian Yelich homered, Brent Suter combined with Devin Williams and Josh Hader on a five-hitter and the Milwaukee Brewers beat the St. Louis Cardinals 3-0 in the opener of a doubleheader Friday.

Both teams are among the eight NL clubs still vying for four available postseason spots. Milwaukee pulled within a game of St. Louis for second place in the NL Central, with the top two teams in each division advancing to the playoffs. Both are also in contention for the two NL wild cards up for grabs as they finish the season with this five-game series.

Yelich’s 12th home run of the season in the third gave Milwaukee a 3-0 lead. It came three pitches after Cardinals starter Jack Flaherty (4-3) crumpled to the ground during his delivery of an 0-2 pitch. Flaherty sat for about a minute, sometimes grimacing in pain, before resuming.

He lasted five innings, giving up three runs on five hits. He also struck out five and walked four.

Suter pitched two-hit ball over four innings, Williams (2-0) solidified his Rookie of the Year resume with two tidy innings and Hader came on for his 12th save in 14 tries.

The left-handed Suter struck out four and walked one in his longest outing of the year. He hasn’t lost a decision since returning from Tommy John surgery in September of 2019, going 7-0 in that span.

It’s the second consecutive game the Brewers have gotten to Flaherty. He gave up nine runs and eight hits over three innings in an 18-3 loss Sept. 15 at Milwaukee.

Milwaukee also pulled off three double plays and St. Louis didn’t get a runner get past first until Paul Goldschmidt doubled to lead off the seventh.

The Brewers were slated to serve as the home team in the opener of the doubleheader but instead will do so in the nightcap.

Brewers: RHP Corbin Burnes was placed on the 10-day injury list with a left oblique strain. He left Thursday’s game after pitching 3 2/3 innings during which he gave up three runs and six hits in a 4-2 loss to St. Louis. INF Ryon Healy was recalled from the Brewers alternate training site to take the roster spot.

Cardinals: RHP John Gant faced one batter in relief of Flaherty, throwing five pitches and giving up a single to Hiura, before leaving with right groin tightness.