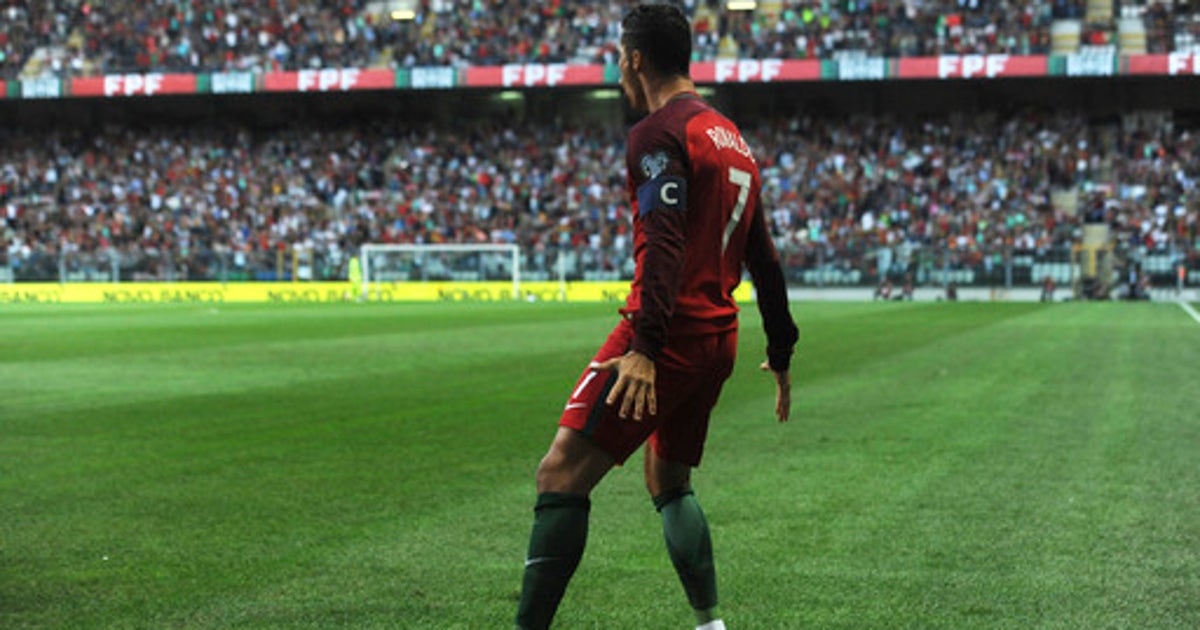 PORTO, Portugal (AP) Cristiano Ronaldo scored a hat trick to move past Pele on the list of all-time international goalscorers as Portugal beat Faeroe Islands 5-1 Thursday to stay close to Switzerland at the top of Group B in World Cup European qualifying.

Ronaldo netted with a neat volley from inside the area then added two other goals to surpass the Brazil great and move into second place on the list of Europe’s all-time scorers with 78 goals. He’s six behind Hungary great Ferenc Puskas.

Switzerland stayed perfect in qualifying by defeating Andorra 3-0 in a match interrupted by poor pitch conditions under heavy rain in St. Gallen.

The Swiss reached 21 points, three more than second-placed Portugal, and is guaranteed to finish first or second in the group. The winner automatically qualifies for the 2018 World Cup in Russia, while the runner-up has to go through a playoff.

Hungary stayed a distant third with 10 points after defeating last-placed Latvia 3-1 at home.

Ronaldo scored twice in the first half and once after the break to reach 14 goals in seven Group B matches.

The Real Madrid striker opened the scoring with a side-volley by the far post. He added his second by converting a penalty kick, and the third came after a neat fake shot that fooled a defender and left him open in front of the goal.

William Carvalho and Nelson Oliveira also scored for the defending European champions, which have won six straight matches since their opening loss at Switzerland.

Switzerland overcame poor pitch conditions in St. Gallen to defeat Andorra for its seventh straight victory in Group B.

The match was interrupted in each half as workers came on the field to clear standing water.

Haris Seferovic scored just before halftime and again after the break, and Stephan Lichtsteiner added the final goal for the 3-0 victory.

Hungary kept pace with Switzerland and Portugal thanks to a routine 3-1 win over last-placed Latvia.

Tamas Kadar and Adam Szalai scored for Hungary in the first half and Balazs Dzsudzsak added the third following the break after Gints Freimanis had pulled Latvia closer before halftime.