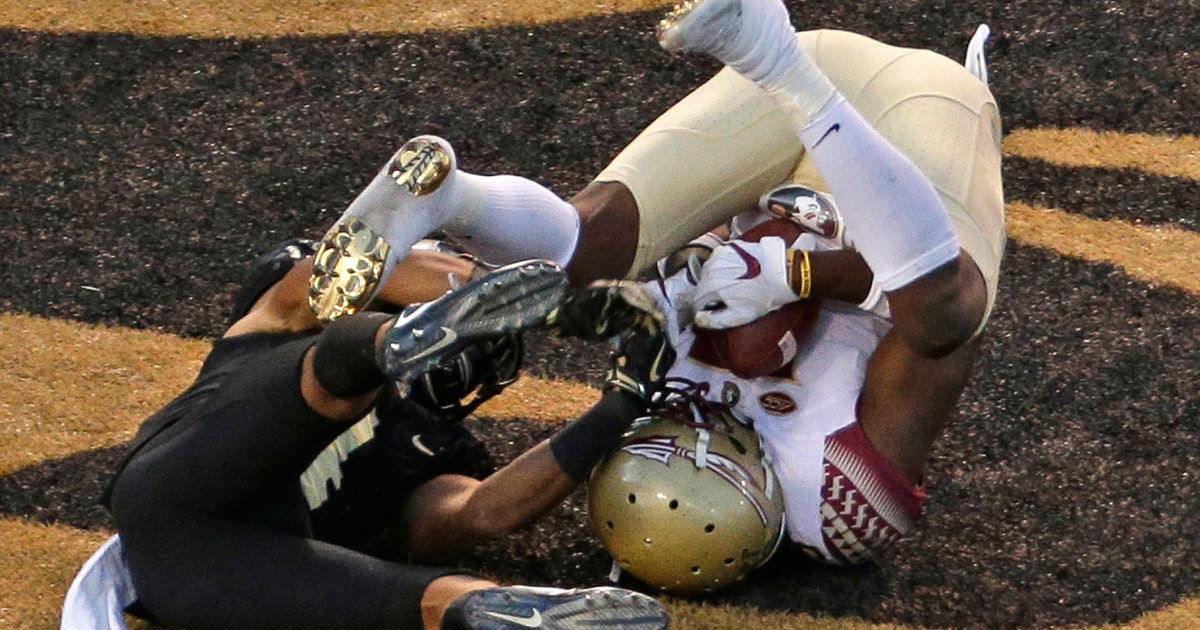 WINSTON-SALEM, N.C. (AP) — James Blackman shook off a struggle-filled day to connect with Auden Tate on a 40-yard touchdown throw with 53 seconds left, helping Florida State rally past Wake Forest 26-19 on Saturday for its first win.

Blackman — the freshman pressed into a starting role due to injury earlier this year — had thrown for just 81 yards entering that final drive for the Seminoles (1-2, 1-1 Atlantic Coast Conference). But after the FSU defense forced a three-and-out, Blackman was perfect with the downfield shot to Auden.

Blackman had another big fourth-quarter throw, a 43-yarder down the left sideline to Keith Gavin on a third-and-20. That ultimately set up Ricky Aguayo’s 35-yard kick to tie it at 19 with 6:20 left.

Wake Forest (4-1, 1-1) had a final chance to tie, but John Wolford’s desperation heave to the end zone for Scotty Washington fell incomplete to end it.

FSU: The Seminoles closed a tough first month, from the crushing opener against top-ranked Alabama that included a season-ending injury to starting quarterback Deondre Francois to an altered schedule following Hurricane Irma that had limited them to just two games. But the preseason No. 3-ranked team and ACC favorite is headed into October with a desperately needed win — one that maybe can help the Seminoles regain their shaky footing.

Wake Forest: The Demon Deacons were trying to reach 5-0 for the first time since its unexpected ACC championship run in 2006. Their defensive front gave FSU fits, but the Demon Deacons struggled to run the ball and just made too many mistakes — most notably losing two turnovers after committing just one through the first four games and giving up a big kickoff return to set up FSU’s first touchdown.

FSU: The Seminoles host No. 14 Miami on Oct. 7 in a game rescheduled due to Hurricane Irma.