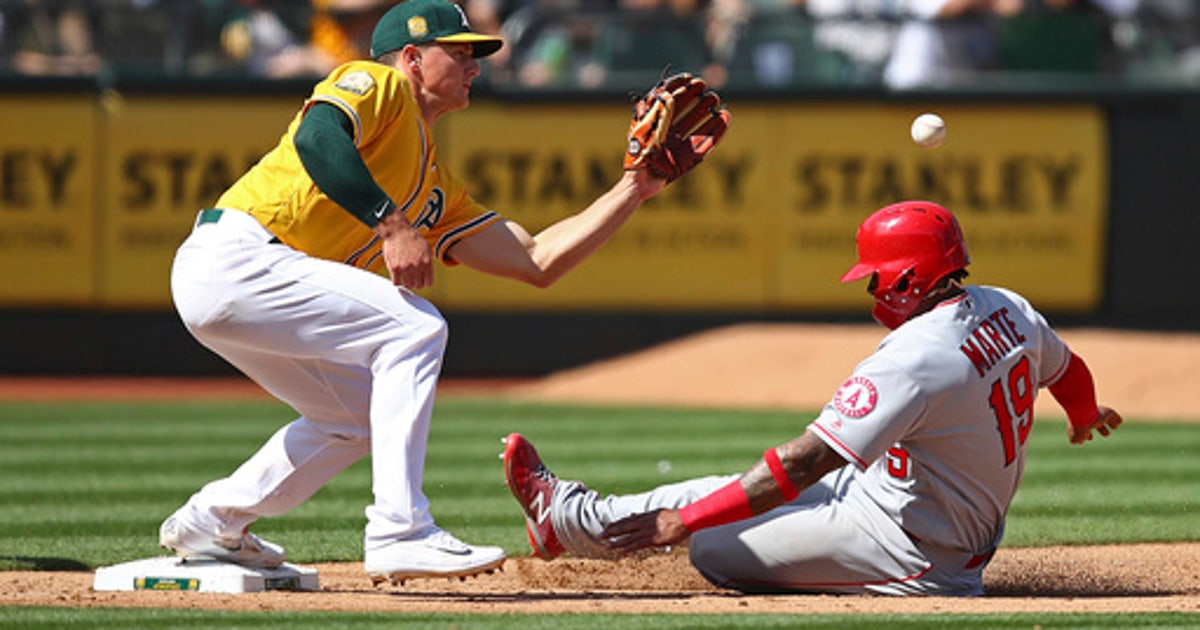 Angels right-hander Matt Shoemaker (1-0) gave up three runs and four hits in 5 2/3 innings. He struck out four and walked four while improving to 5-0 with a 2.38 ERA in his last seven starts against Oakland.

Cozart, who signed a $38 million, three-year deal with Los Angeles in free agency, helped the Angels get off to a fast start. He tripled and scored on Trout’s double in the first. He also hit a two-run double in a three-run sixth as Los Angeles jumped out a 7-0 lead.

The A’s rallied with in the bottom of the sixth after the first two batters were retired. Stephen Piscotty hit a two-run single and Matt Chapman followed with an RBI double off Cam Bedrosian.

Boog Powell then struck out swinging with runners at second and third to end the inning.

Oakland brought the tying run to the plate with two outs in seventh, but former A’s reliever Jim Johnson struck out Matt Olson to end the inning.

”There’s not a ton to go on. Our reports from Japan are that he could be upwards of 100 mph, with a good split and he knows what he’s doing. We’ll get a first-hand look at it tomorrow, but usually you have a better idea going to the plate what you’re going to see. In this case, maybe not so much.” – A’s manager Bob Melvin on facing two-way Japanese star Shohei Ohtani on Sunday.

The A’s honored civil rights activist and labor leader Cesar Chavez on what would have been his 91st birthday, a state holiday in California. About 200 of his relatives attended the game.

Angels: INF Ian Kinsler was placed on the disabled list with a groin sprain. INF Nolan Fontana was promoted from the minors.

Athletics: OF Matt Joyce (ankle soreness) was in Saturday’s lineup as a DH.