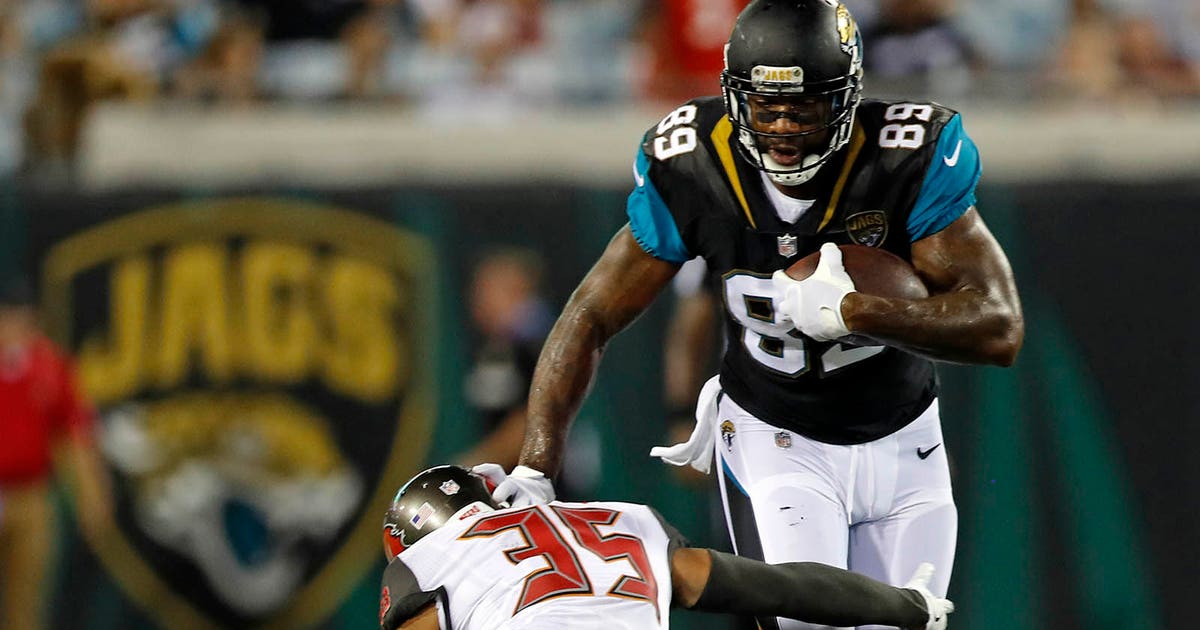 GREEN BAY, Wis. — Marcedes Lewis wasn’t sure if the Green Bay Packers were the right fit for him. Quarterback Aaron Rodgers and tight end Jimmy Graham made him feel at home at Lambeau Field.

Lewis visited Green Bay last week thinking he wanted to explore his options during his first stint as a free agent following 12 years with the Jacksonville Jaguars. He received calls from other teams, but he said that the Packers were the most persistent so he made Lambeau his first stop.

He never made another visit.

“When I came down here, I didn’t expect to sign anything,” Lewis added. “I was just coming down here to get a feel. Once I saw Aaron and Jimmy, it was a no-brainer after that.”

Lewis, 34, was released by the Jaguars in March after the team had picked up his one-year, $3.5 million option in February. His signing filled a glaring need – a blocking tight end – and gives the Packers another veteran at the position with Graham, a five-time Pro Bowler, and Lance Kendricks.

“I don’t think we’ve had this much experience at the tight end position in my time here,” said Packers coach Mike McCarthy, who called Lewis a “prime-time player.”

“An on-the-line tight end is something we haven’t had a lot of, as far as the way we’ve played over the years,” McCarthy added. “He can block any defensive end on the league, and that’s definitely a huge asset.”

Lewis, who said he felt he got a “raw deal” from the Jaguars, started 157 games for Jacksonville. He has 375 career receptions, including 24 for 318 yards and five touchdowns last year.

Still, Lewis hasn’t caught more than 25 passes in a season since 2012, when he had 52 receptions. His best season came in 2010, when he earned his lone Pro Bowl selection by catching a career-high 58 passes for 700 yards and 10 touchdowns.

The 6-foot-6, 269-pound Lewis said he takes the “blocking tight end” moniker as a compliment, but added that “I pride myself on being a really good all-around tight end, whatever it is that I’m called upon to do.”

It’s the type of attitude that Rodgers loves to hear. Lewis’ ability to help slow down pass-rushers should help an offensive line that has questions on the right side.

“Obviously, I’m a really good blocker, but don’t get it mistaken. I didn’t come here to be a tackle. … Be on the other side of Jimmy doing some good things,” he said. “It’s going to be trouble out there.”

“Jimmy’s not known as a blocking tight end, but he’s willing. He will get in the way. He will punch you in the mouth,” Lewis said. “So it’s going to be interesting. We get in that personnel with three tight ends on the field and (defenses) have to leave base on the field, it’s not going to be good.”