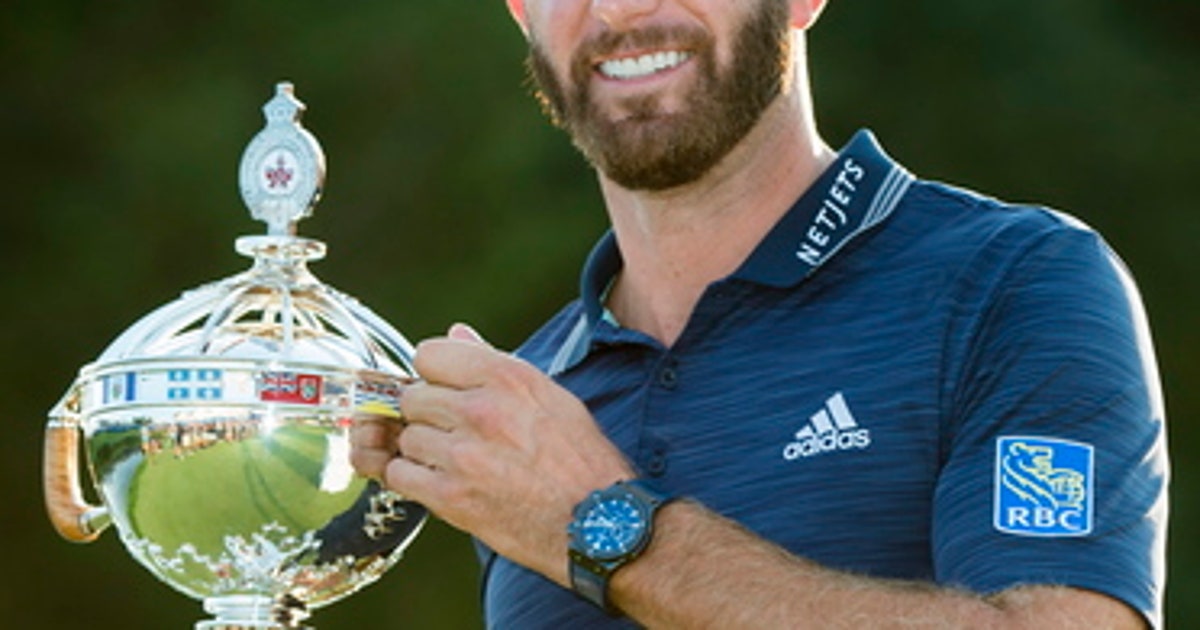 AKRON, Ohio (AP) Hideki Matsuyama shot 61 on the final day at Firestone last year to win the Bridgestone Invitational, his sixth victory worldwide in 20 starts. He was among the favorites to win the PGA Championship the following week and nearly pulled it off until Justin Thomas overtook him on the back nine.

That was his last good chance to win a tournament.

Matsuyama returns to this World Golf Championship needing to revive some good memories.

”I started out the new season and I really haven’t played that well,” Matsuyama said Tuesday. ”I’ve been grinding and practicing hard. Hopefully, this will be a week that I can catch the magic again and play well.”

Matsuyama, once in the mix to reach No. 1 in the world, now is at No. 16. More troublesome is that he is No. 86 in the FedEx Cup standings with only three tournaments left before the start of the tour’s postseason.

In his four years on the PGA Tour, the 26-year-old Japanese star has never missed the Tour Championship.

”I have some work to do,” Matsuyama said. ”I’ve never been in this position before, and so I’ll have to get on my game and play well these last couple of weeks. Hopefully, it will carry through to the Tour Championship.”

Russell Knox was overlooked as a captain’s pick for the Ryder Cup two years ago, and a late surge – runner-up at the French Open, a victory in the Irish Open – has given him a chance to make the European team and at least put him in the conversation as a pick.

Knox had the right perspective when it comes to an event like the Ryder Cup.

”It’s not a goal of mine as much as it’s a reward,” he said after missing the cut at the British Open. ”My goal was to play good this week, to try and have my best major finish. Ryder Cup is a reward for good play. Of course, it’s on my goal list, but I’m not focusing on it. I’m focusing on each event and trying to finish off the season.

”So the Ryder Cup, of course, is there,” he said. ”It’s like a little diamond hanging there at the end. But I’ve got to take care of a lot of business before that.”

Knox is in the $10 million Bridgestone Invitational from his Irish Open victory, and the money counts toward European points as a World Golf Championship. So do earnings at next week’s PGA Championship, where the prize fund will be at least $10.5 million.

Jason Kokrak closed with a 66 in the RBC Canadian Open, which put him in a five-way tie for 12th. It also might have put him in the PGA Championship.

Chris Kirk had a 76-70 weekend at Glen Abbey, and that might have cost him.

The field for the 100th edition of the PGA Championship was all but set this week, and one of the main categories is the top 70 from a PGA Tour money list that starts and ends with the last two Canadian Opens. Kirk was holding down the 70th spot.

Whee Kim tied for second, moving him from No. 87 to No. 60 and a spot in his first major championship.

Kokrak’s finish was worth $121,500, and it allowed him to go past Kirk by $17,430 to No. 71. That was important because the PGA Championship has set aside two spots from its 156-man field in case the winners of this week’s tournaments are already eligible.

Odds are in Kokrak’s favor. Only three players at the Bridgestone Invitational are not exempt into the PGA. Odds are not in Kirk’s favor, because only nine players from the field at the Barracuda Championship are in the PGA next week at Bellerive Country Club in St. Louis.

PUT THE BOOKS AWAY

The USGA and R&A are proposing rules on the green-reading books that are becoming more and more popular. The goal is to force players to read the break on greens based on their skill and judgment instead of books that indicate the degree of slope.

Six weeks of comment started Tuesday. The regulations will be finalized through an interpretation section of Rule 4.3 (use of equipment) and take effect Jan. 1.

”Both the USGA and the R&A are committed to the position that a player’s ability to read their line of play on the putting green is an essential skill that should be retained,” said Thomas Pagel, senior director of rules for the USGA.

David Rickman at the R&A said the green-reading books have so much detail that ”they tip the balance too far away from the essential skill and judgment required to read subtle slopes on the greens.”

Yardage books and handwritten notes are still deemed appropriate. One of the changes, however, is to limit the size of the scale that will keep any book to pocket-sized and restrict space for too many notes. Also, there will be a minimum slope indication limit.

Jordan Spieth was using one because it was allowed, and it doesn’t hurt. But he said at the British Open that it might help him when the book is limited.

”I think that’s a skill that I have in green-reading that’s advantageous versus the field, and so it will be nice,” he said.

The PGA Tour and NBC Sports Group have a new partnership that will make NBC Sports Gold the home of the PGA Tour’s over-the-top subscription video service. The deal starts in January, and pricing options will be available then.

The partnership gives NBC Sports Gold rights to all of the PGA Tour Live’s weekday morning coverage from 28 events, starting with the CareerBuilder Challenge.

NBC Sports Gold is direct-to-consumer live streaming with a portfolio that includes the Tour de France, the Premier League, the Rugby World Cup, the Boston Marathon and IndyCar starting next year.

”Since we launched PGA Tour Live in late 2015, the fan feedback has been tremendous,” said Rick Anderson, chief media officer for the PGA Tour. ”Moving PGA Tour Live over to NBC Sports Gold represents the next evolution of our product.”

PGA Tour Live next year plans to stream more than 360 hours of exclusive subscription coverage, along with hundreds of hours of free featured holes coverage, to complement its coverage from 28 events.

Jordan Spieth and friends – a lot of them – headed to Spain after the British Open. He posted a photo on Instagram of a group of 13 guys in front of a plane, but this wasn’t a ”Spring Break” trip in the summer. It was his bachelor party. … NCAA champion Jennifer Kupcho of Wake Forest is an automatic selection for the Women’s World Amateur Team next month in Ireland. … Golden State Warriors star Steph Curry will return to play in the Ellie Mae Classic at TPC Stonebrae on the Web.com Tour for the second straight year. He missed the cut last year with rounds of 74-74. The tournament is next week, the same week as the PGA Championship. … Catriona Matthew of Scotland was awarded an honorary membership at Royal Lytham & St. Annes, where she won the Women’s British Open. … Miguel Angel Jimenez made it seven straight years that the PGA Tour Champions had a player who won multiple majors.

STAT OF THE WEEK

Except for opposite-field events, the John Deere Classic was the only PGA Tour event where the winner (Michael Kim) did not qualify for the Bridgestone Invitational because the strength of field did not meet the minimum requirement.

”That’s one thing I do love about this game. No matter how good you are, you can be better.” – Dustin Johnson.