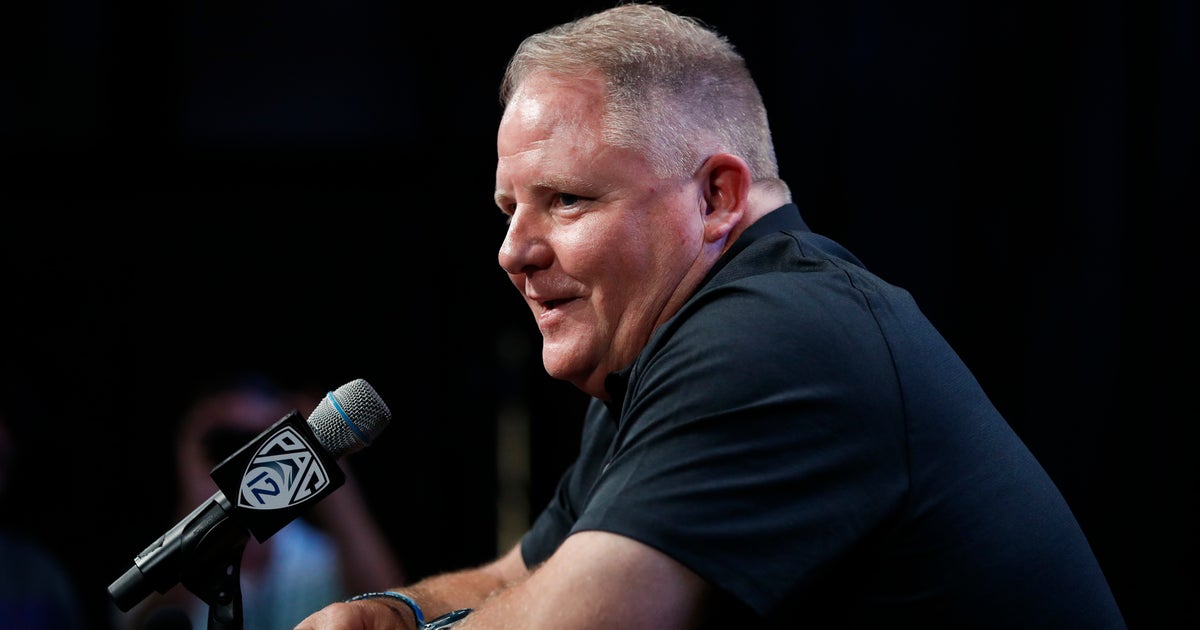 PASADENA, Calif. (AP) — Chip Kelly will lead UCLA into the Rose Bowl on Saturday to coach his first collegiate game in six years.

Nobody has much of an idea what his first bunch of Bruins will look like, thanks to the coach’s famous reticence and the upheaval in the Bruins’ roster over the past several months.

The Cincinnati Bearcats are their first opponents, and coach Luke Fickell is even more curious than the fans flocking to Pasadena in anticipation of a new era at UCLA.

“There’s a lot of unknowns,” Fickell said. “You’re just curious as to what he’s evolved and done, and how he’s changed with the NFL. But I know they’re going to be about speed, and you can’t let that affect you.”

Kelly’s return to the college game is among the most anticipated aspects of the new season — to everybody except Kelly, who is keeping expectations low. He’ll almost certainly need a couple of years to raise the Bruins to anything resembling his four Oregon powerhouses, which lost a total of seven games and reached four major bowl games while winning three Pac-12 titles in his brief but impressive first stop as a head coach.

“Just make sure I’m there for kickoff,” Kelly quipped when asked what he’s looking forward to doing in his first college game since the 2012 season. “I don’t look at it as six years from this or that. Football is football.”

To prepare, Fickell’s staff has watched tape of Kelly’s final team in 2012 at Oregon — the team that won the Fiesta Bowl and finished No. 2 with freshman quarterback Marcus Mariota.

Fickell also realizes the Bruins won’t try much of the same stuff with Wilton Speight behind center The 6-foot-6 Michigan transfer is not as mobile as Mariota — to be fair, who is? — but his ascent to the starting job suggests Kelly will figure out a way to maximize his strengths.

The Bearcats are coming off back-to-back 4-8 seasons, including Fickell’s debut last year. The longtime Ohio State assistant feels he has laid ample groundwork to rebuild Cincinnati’s long-successful program, but this West Coast trip is a stiff test.

“I’m excited to see how we’ve grown, and the result of the things we’ve done in the offseason,” Fickell said. “I want to see how we handle the tougher situations, how we will react and respond.”

Here are more things to watch in these schools’ first meeting:

BEARCATS QB: While Kelly finally chose a starting quarterback, Fickell still hasn’t announced his choice. Senior Hayden Moore is expected to get the job, since he is the only QB on the roster who has taken a collegiate snap, but freshman Desmond Ridder is pushing him. Fickell doesn’t plan to say who’s playing until he runs on the field for the first snap.

EXPERIENCE COUNTS: Perhaps Speight got the starting job because he knows how to beat Cincy. Speight passed for 221 yards and two touchdowns for the Wolverines last September in a 36-14 victory over the Bearcats. His junior season ended two games later with a back injury, and he went to UCLA as a graduate transfer.

FAMILIAR TURF: The Bearcats are embracing the chance to play in UCLA’s hallowed home stadium for the first time, but Fickell has been there before. He played in the 1997 Rose Bowl for the Buckeyes, and he was an assistant on Jim Tressel’s 2009 staff when Ohio State beat Kelly’s Oregon Ducks 26-17 in the Granddaddy of Them All on New Year’s Day 2010. “There’s probably no greater opportunity than to start off a season in a venue like the Rose Bowl,” he said. “These guys probably haven’t experienced anything like it, and I believe it’s one of the greatest venues in college football.”

BRUINS OUT: UCLA was already thin with just nine seniors, and now the Bruins will face the Bearcats with six players under suspension for undisclosed violations of team policies. Among the banned players is Soso Jamabo, the Bruins’ second-leading rusher last season, and lineman Boss Tagaloa, who was vying to start at center.