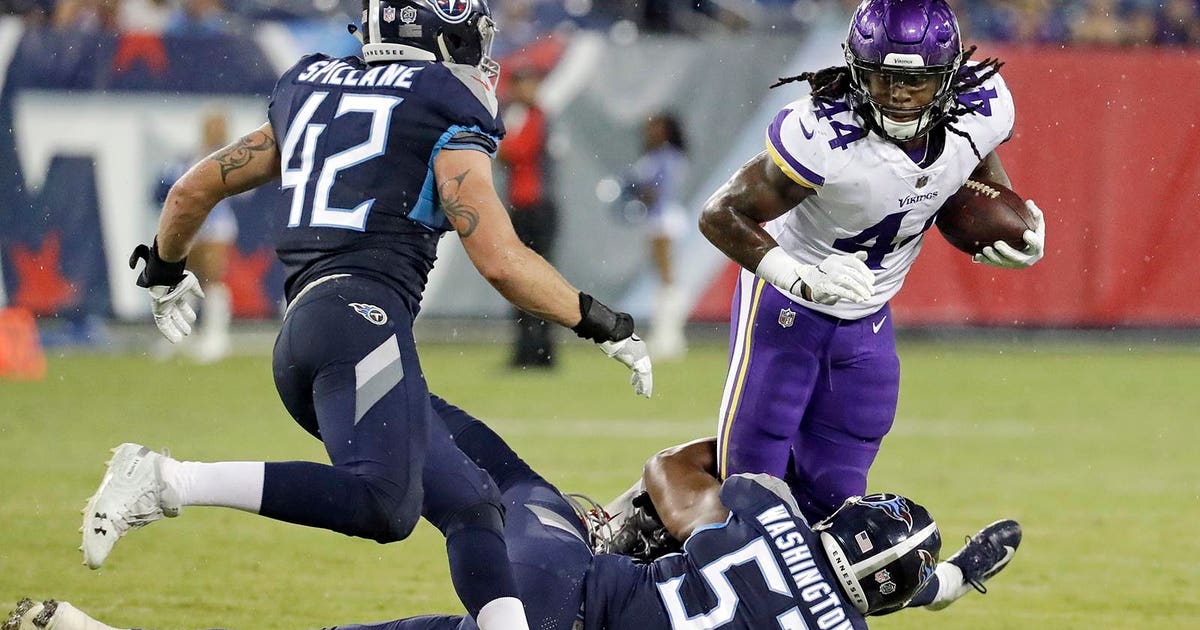 Brandon Zylstra led the Vikings in receiving (54 yards), giving his name one last boost to make the 53-man roster. Two of his four receptions were in big-time moments: one on a fourth-and-5 in the second quarter that kept a drive going (and ended on a field goal) and the other, his final catch of the night — a beautiful, back-shoulder catch in the end zone for his first preseason touchdown.

There are three receivers guaranteed to make the roster: Stefon Diggs, Adam Thielen and Laquon Treadwell. It will be interesting to see which of the next tier – Zylstra, Stacy Coley, Kendall Wright, Jake Wieneke and Chad Beebe – land on the 53-man roster. Wright was brought in to compete for the third receiver job, but he hasn’t done much all preseason. Beebe and Coley sat out Thursday due to injuries. Wieneke is a strong candidate to go on the practice squad. So it does look like there’s room for the Spicer, Minn., native to contribute.