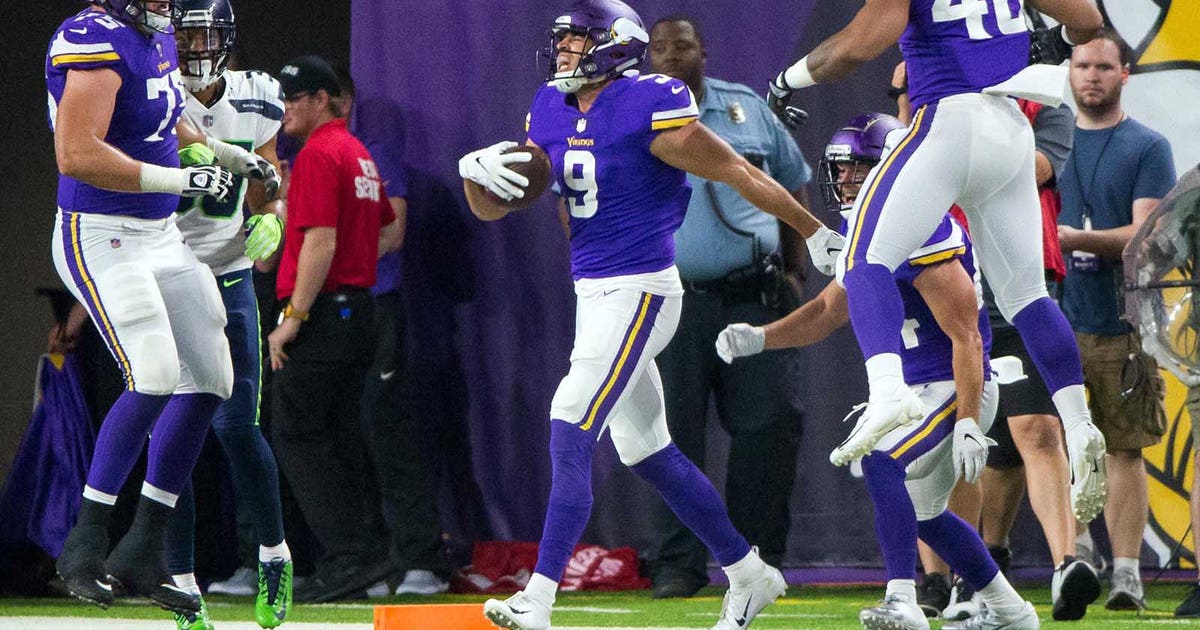 Jake Wieneke’s career with the Minnesota Vikings is over — for now.

The Vikings released the Maple Grove, Minn., native Friday afternoon along with 13 other players. Wieneke is a strong candidate to land on the Vikings’ practice squad, barring other teams snatching him up on waivers.

Wieneke caught a one-yard touchdown pass from quarterback Kyle Sloter and converted a game-winning two-point conversion to contribute to Minnesota’s 21-20 preseason win over Seattle in Week 3.

Among the other cuts included former Gophers running back Kobe McCrary, who the Vikings signed Aug. 20. McCrary rushed nine times for 18 yards in Minnesota’s 13-3 preseason win over Tennessee on Thursday night.