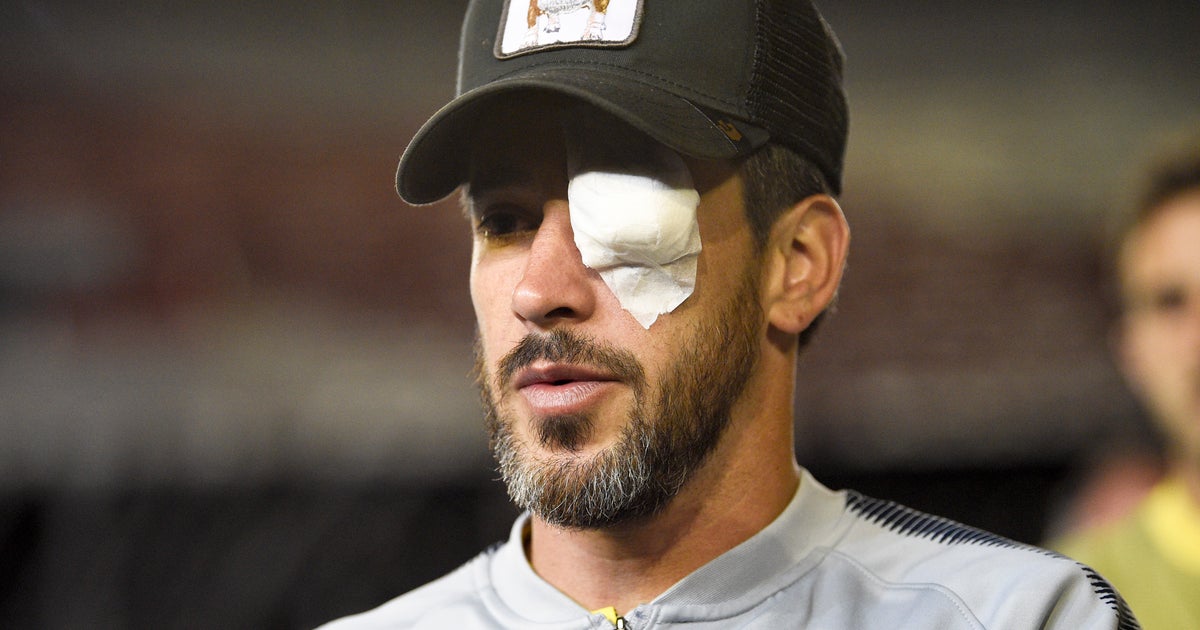 South America’s soccer leaders have thrown in the towel. They are incapable of staging the biggest annual game on their own continent.

A confederation of 10 nations can’t find anywhere safe enough for River Plate and Boca Juniors to complete their Copa Libertadores final after proving incapable of securing the streets for the abandoned second leg in Buenos Aires.

The tournament named after the “liberators” of South America from Spanish rule is now reliant on the old colonial conquer. Argentine fans will have to make a costly 24-hour round trip to Madrid next weekend.

“They are teams from a country and a part of the world which is obviously is very closely tied to Spain,” Spanish Football Association President Luis Rubiales said Friday. “So we are really pleased.”

But it’s humiliating for Alejandro Dominguez, president of the South American soccer body CONMEBOL, that “his final to end all finals” will be played so far away.

With the SuperClasico final enjoying unprecedented global hype, CONMEBOL reveled in stoking the already fierce rivalry between the Argentine teams but proved far from competent in responding to the dangerous upshot last Saturday.

For the mayhem on the streets at the second leg, the city’s security minister accepted fault by resigning. But even after River fans attacked the bus carrying Boca players into the second leg at the Monumental de Nunez stadium, CONMEBOL failed in its duty to the players.

The soccer body’s concern seemed to be ensuring a game was played and its trophy handed out. It was obvious the game should have been abandoned immediately, when the extent of the violence became apparent.

Rocks, bottles and wood had just been hurled at the Boca bus. Did CONMEBOL really think players were in a fit state to take to the field? Glass on the bus windows shattered around them. They might be hardened athletes, but they were clearly in shock. Boca captain Pablo Perez was also injured in one eye. Teammates were visibly affected by tear gas and pepper spray fired by police in an attempt to disperse River fans.

But CONMEBOL still thought the final, locked at 2-2, could go ahead. The decision on a postponement kept being put back on Saturday, and everyone was even brought back to try again within 24 hours.

Dominguez prevaricated rather than showing the leadership required in an organization still on a mission to regain its credibility after corruption scandals.

River coach Marcelo Gallardo flouted a ban from carrying out his duties at the semifinal second leg against Brazil’s Gremio by appearing in the dressing room. River midfielder Bruno Zuculini played in the round of 16 despite a suspension.

But River remained in the competition despite the transgressions, setting the tone for the bungled management of the final.

Dominguez’s command is now cast in an even harsher spotlight.

Ahead of the game, with FIFA President Gianni Infantino in town, Dominguez seemed more preoccupied trying to preen on the world stage by reshaping the global game rather than focusing on matters closer to home. The Paraguayan went public in asking for the World Cup to be played every two years. The Copa Libertadores chaos showed just why Dominguez might prefer FIFA to be organizing more events rather than his own staff.

And after floating a proposal that will rile European soccer leaders at UEFA, Dominguez has now been bailed out by the continent to save his final.

“In Spain we find the necessary tranquility,” Dominguez said. “I don’t think the essence of the Libertadores will be lost because the game will be played in Spain.”

The Spanish federation is now open to accusations of hypocrisy. At just the time Rubiales is blocking a Barcelona league game being transported to Miami in January, La Liga finds the federation has dumped a far bigger fixture on Spanish territory.

What will entice audiences in Spain and beyond next Sunday night: Title-chasing Sevilla at Alaves or the highly charged meeting of Argentine foes at Real Madrid’s Santiago Bernabeu Stadium.

The Game of the Century will have taken a month to complete. CONMEBOL could be paying the price even longer for its dereliction of management.

The Centenary World Cup could be at stake. Argentina intends to bid with Paraguay and Uruguay for the 2030 tournament while Spain has talked about a joint bid with Morocco and Portugal. Now Spain has been handed a PR coup.

The showpiece club finals for Europe and South America will be played in Madrid at two different stadiums now within six months. Europe has the chance to send the message to world that it, rather than South America, is a more reliable partner for soccer.