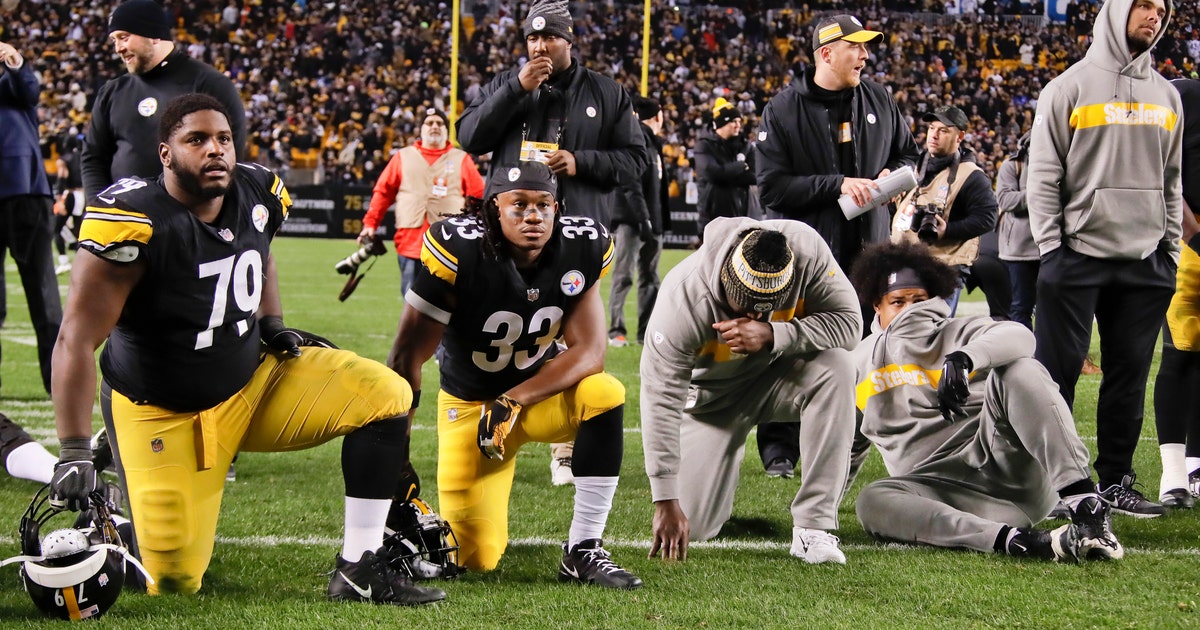 PITTSBURGH (AP) — Ben Roethlisberger didn’t want to get into hypotheticals.

Maybe because doing so would only make the Pittsburgh Steelers‘ painful late swoon all the more painful.

“Would’ve, could’ve, should’ve,” Roethlisberger said after Pittsburgh’s season ended a half-game shy of a fifth straight postseason berth. “I can sit here and say ‘Yeah, we’d be dangerous in the playoffs.’ But we didn’t make it, so it doesn’t matter.”

Roethlisberger’s tone was a mixture of pragmatism and disappointment with a dash of resolve. As difficult and occasionally weird as 2018 was — from the season-long absence of running back Le’Veon Bell to the occasionally erratic behavior by star wide receiver Antonio Brown to a series of losses in November and December in which the Steelers let second-half leads slip away — the longtime quarterback remains adamant the Steelers are on the right path.

“Anytime you can kind of keep that core group, keep people together, the less turnover the better usually,” Roethlisberger said. “So, from the top down I think that is important.”

Maybe, but there is bound to be some level of change over the next few months as a team that featured the NFL’s passing leader and six Pro Bowlers tries to reconcile all that talent with an inability to lock up a third consecutive AFC North title.

Offensive line coach Mike Munchak could be a hot property for one of the head coaching vacancies. Defensive coordinator Keith Butler’s unit tied for the league lead with 52 sacks but produced just 15 turnovers, third-fewest in the NFL.

The special teams were erratic, penalty-riddled and largely ineffective under Danny Smith.

And still the Steelers appeared to be in good shape after a six-game midseason winning streak pushed them to 7-2-1 by Thanksgiving.

Four losses over the final six weeks followed, each setback coming in a game Pittsburgh led after halftime.

“There were plenty of opportunities to be made and we didn’t capitalize on them,” defensive end Cam Heyward said.

Four turnovers in Denver , the last a pick in the end zone by Roethlisberger. A slow, methodical meltdown over the final 30 minutes against the Los Angeles Chargers, when the Steelers lost a 16-point home lead for the first time in franchise history.

Another in an increasingly long line of pratfalls in Oakland, this one coming when the Raiders went the length of the field twice in the fourth quarter . A wrenching 31-28 setback in New Orleans two days before Christmas that featured a couple of questionable calls against cornerback Joe Haden and a gutsy but ill-fated fake punt attempt in the final minutes that came up a half-yard short of a first down.

“I don’t know what the problem is,” guard David DeCastro said. “Football is an honest sport. That’s why I love the game. It’s honest. It lets you know exactly how it feels about you, what you get in and what you get out. The record is what it is.”

The issue, Heyward insisted, wasn’t coaching or the steady trickle of off-the-field headlines, be it Bell’s refusal to sign his $14.4 million franchise tender or Brown’s series of missteps.

The only player in NFL history with six straight 100-catch seasons suggested he wouldn’t mind getting traded after a former team employee tweaked him on Twitter and threatened to harm a reporter who attempted to do an in-depth piece on Brown’s personal life. The drama continued into the final week.

Multiple reports on Monday — citing sources — said Brown sat out Sunday’s 16-13 win over Cincinnati as punishment for skipping meetings and getting into a heated disagreement with a teammate.

“There’s plenty of circuses that go around and everybody likes to make a big deal about my team,” Heyward said. “But you know, that doesn’t mean we shy away from it. When we were winning, (the questions were) ‘How do you guys keep doing it with the wins?’ I don’t really follow that as something that deters me or distracts me. Everybody in this locker room wants to win. When we don’t win, it hurts us bad.”

Pittsburgh did win — extending its streak of non-losing seasons to 15 — just not when it absolutely mattered. A play here or there and the Steelers are in the postseason and a threat to play into February.

Instead, a year that got off to a weird start with the offensive line publicly venting about Bell opting not to end his standoff with the team ahead of Week 1 followed immediately by a six-turnover tie in Cleveland and never really seemed to get to some semblance of “normal” ended with Pittsburgh watching the videoboard at Heinz Field hoping Cleveland could knock off Baltimore.

It was strange, momentarily exhilarating and ultimately futile.

“It’s tough but that’s the bed we made,” Heyward said. “It’s something we have to live with. We put ourselves in this situation and we can’t look at anybody’s fault but ours.”