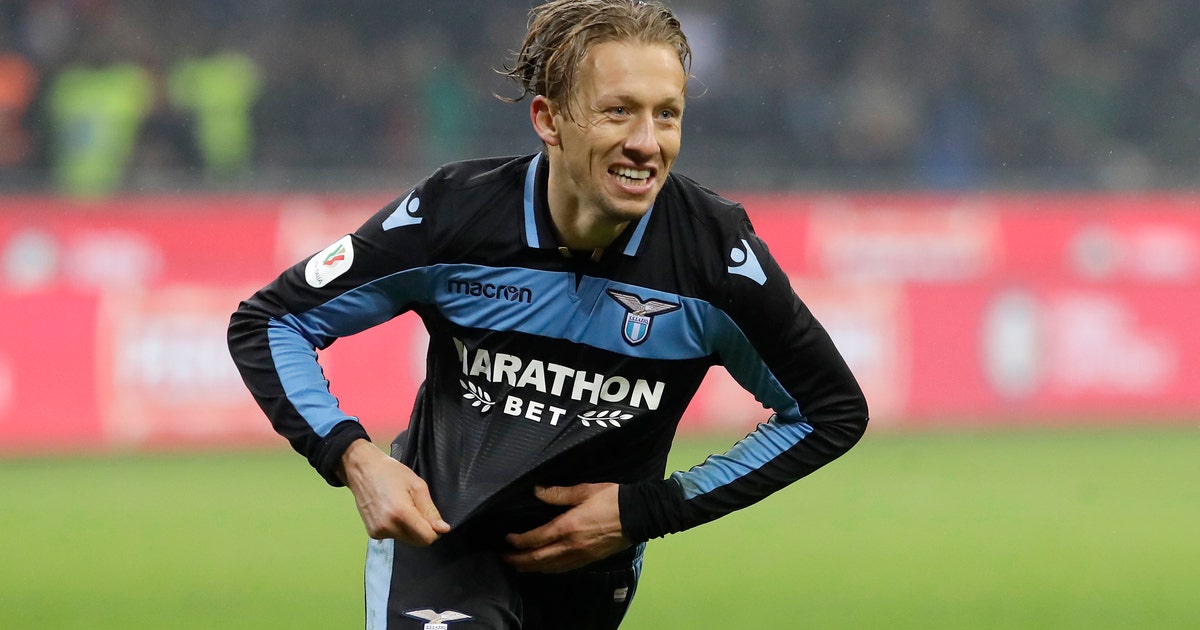 MILAN (AP) — Lazio beat Inter Milan on penalties in the Italian Cup quarterfinals on Thursday, a result that will do little to dispel reports that Antonio Conte is in talks to become the next Nerazzurri coach.

Lazio will next play AC Milan. Atalanta faces Fiorentina in the other two-legged semifinal.

Inter goalkeeper Samir Handanovic pulled off a number of great saves to keep his side in the match but was surprised when Immobile’s shot was deflected past him in the 108th minute after the Lazio forward had played a smart one-two with Felipe Caicedo.

Matters almost went from bad to worse for Inter as defender Kwadwo Asamoah was shown a red card for a tackle on Sergej Milinkovic-Savic. However, the referee downgraded it to a yellow on video review.

VAR came to Inter’s assistance again when it was used to award a penalty for a Milinkovic-Savic foul on Danilo D’Ambrosio, after the referee had initially awarded a free kick.

Lazio defender Stefan Radu was sent off for dissent and Icardi kept his cool under immense pressure to convert the penalty with the last kick of extra time.

He also netted another penalty in the shootout, as did Marcelo Brozovic and debutant Cedric Soares for Inter.

Handanovic saved from Riza Durmisi but Immobile, Marco Parolo and Francesco Acerbi were successful from the spot and Lucas Leiva converted the decisive penalty.

It was Inter’s third successive defeat and will pile the pressure on coach Luciano Spalletti.

Earlier on Thursday, Conte was spotted walking past the Inter offices in the center of Milan. The former Juventus and Italy coach has been out of a job since being fired by Chelsea and he refused to respond to questions if he was in contact with Inter.