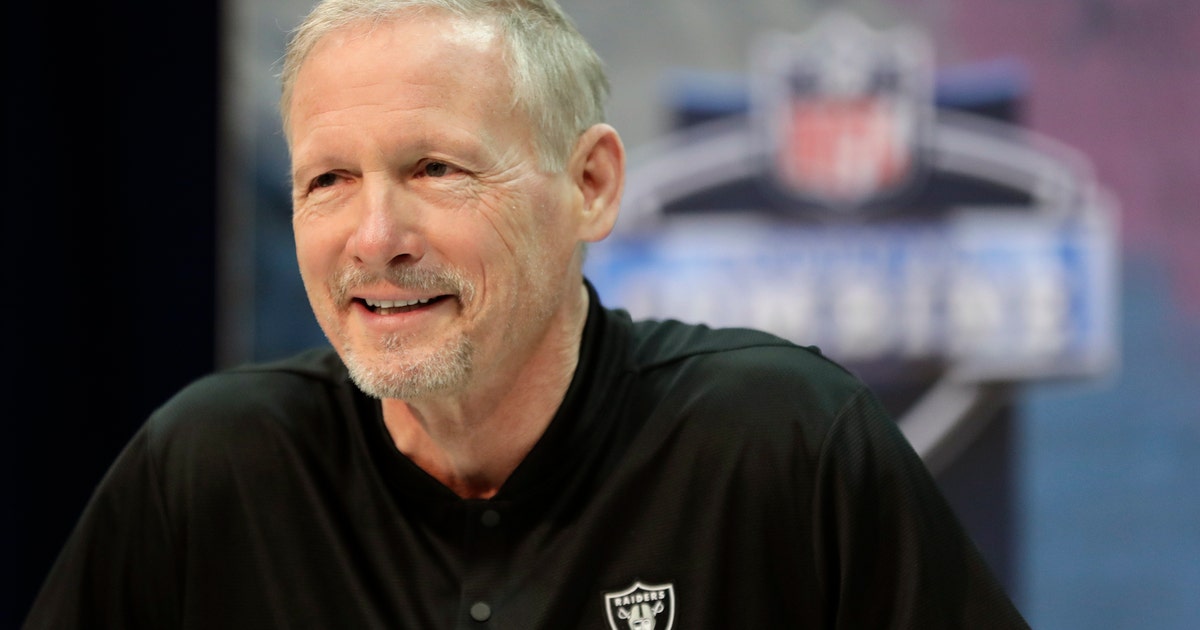 They didn’t lift weights, didn’t get clocked in the 40-yard dash, didn’t even appear on the NFL telecast. Instead, they took medical tests and tried explaining to team officials why they couldn’t work out with everyone else at the league’s annual scouting combine.

The opportunity was a crucial, minor victory for two potentially high draft picks with checkered pasts — and a major win for the 32 teams debating where Ferguson and Williams belong on their draft boards.

“The hardest thing for us to do is the medical, physical and interview process,” Los Angeles Chargers general manager Tom Telesco said Thursday. “It’s hard to fly a prospect to 32 different cities, which is why the combine started in the first place. We bring them to one central location. We all bring our doctors here. We get the medical evaluation done. It would be very difficult to do it if they weren’t here. So, the fact that they’re here for a physical and limited interviews, it does helps us.”

Ferguson and Williams would not have gotten this chance just two years ago when league officials disallowed running back Joe Mixon and receiver Ishmael Zamora from attending the combine because of prior criminal convictions.

Last year, the NFL changed its rules by allowing players with similar histories to go through the medical checks.

This year, it permitted Ferguson, Williams and Mississippi State defensive tackle Jeffery Simmons to also interview with teams despite failing background checks. Simmons did not attend after suffering a torn ACL while training for the combine.

Ferguson and Williams took full advantage of the chance to tell their stories.

“I explained that was at a different point in my life. I was 18, and I’m not really a bad guy,” Ferguson told The Associated Press when asked about his conviction on a simple battery charge stemming from a fight during his freshman year at college. “As I explained the story, I think a lot of people understood.”

Athletically, there’s little doubt the three belong in town with more than 300 other college prospects.

Simmons was considered a disruptive inside force at 6-foot-4 and 310 pounds before the injury. The two-time all-SEC lineman had 163 tackles, seven sacks, three blocked kicks and two touchdowns in three seasons at Mississippi State.

The questions? A video showed Simmons hitting a woman while he was in high school, and Williams was arrested in September 2017 after allegedly shoving a woman and grabbing her by the arm, then again a month later when he allegedly violated a protection order by placing “approximately 200” phone calls to the same woman.

Simmons pleaded no contest to a misdemeanor charge of simple assault and was found guilty of malicious mischief. Williams pleaded guilty to the harassment charge in March 2018, a conviction that initially led to the revocation of his combine invitation.

“It was great they let him do everything they did, but obviously they didn’t handle it the right way,” said Michael Swenson, Williams’ agent.

Just having Ferguson and Williams in town helps team executives.

While fans focus on times and measurements and scouts look for prototypical players and future stars, coaches and general managers spend much of their time evaluating things fans never see — like answers to cold, hard questions.

“I think you’re trying to take the temperature of all the players. That’s again where I’m most excited this week,” said Mike Mayock, the new Raiders general manager and former NFL Network analyst. “We’re just trying to figure the kid out. What makes the kid tick, I think, is more important than anything coming out of this week.”

And nobody has more at stake right now than Ferguson, Simmons and Williams.

“They asked me the whole story, it felt like it was a broken record,” Ferguson said. “But I feel like I cleared up my name for the most part.”