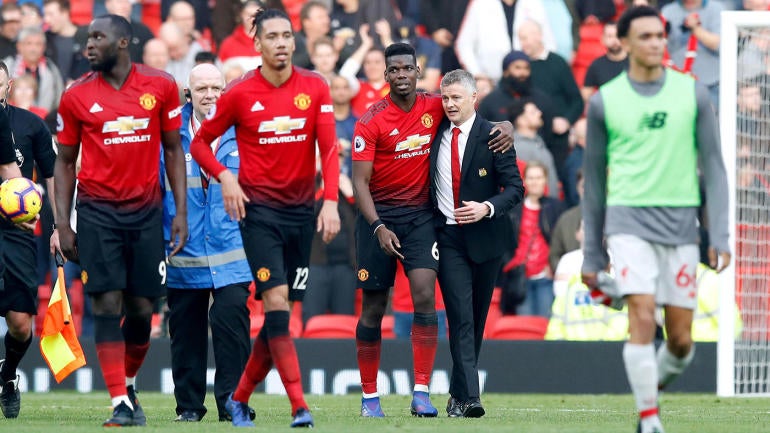 Ole Gunnar Solskjaer remains the only candidate to become the next full-time manager at Manchester United, according to a report from ESPN FC on Thursday suggesting that no other managers have been approached for the vacant position. There were speculation that United was looking at Tottenham coach Mauricio Pochettino and Juventus boss Massimiliano Allegri as possible successors, but it seems to be narrowed to a list of one. And it is a very familiar face.

Solskjaer has been the caretaker manager for the club since Dec. 19 after Jose Mourinho was sacked. He is still under contract as manager of Molde, a Norwegian club, and just signed an extension there through 2021 in early December. He is scheduled to return to the club at the conclusion of the Manchester United season, but a chance to lead United may mean a flight back to Norway is never booked.

Solskjaer has sparked a culture change for the club and has the team playing its best soccer in a long time and has set some records along the way.

Under the direction of Solskjaer, United is 12-1-2, with the lone loss coming against PSG in the first leg of the Champions League round of 16. Solskjaer has eight wins through his first eight road matches as manager of United, the longest such streak in club history. His eight wins to start his coaching tenure is also a first for a Manchester United manager.

United currently sits fifth in the Premier League table, only one point out of fourth-place Arsenal. Solskjaer has also brought the team to the FA Cup quarterfinals after wins over Chelsea, Arsenal and Reading. The team has only won the FA Cup once since 2004.

Solskjaer has a rich history with the club prior to becoming the caretaker manager. He was a forward for Manchester United from 1996-2008, scoring 91 goals for the club in the Premier League. After retiring, he became the Manchester United Reserves manager for a little over two years before leaving to Molde.

United hosts Southampton on Saturday at 10 a.m. ET. You can stream the match on fuboTV (Try for free).