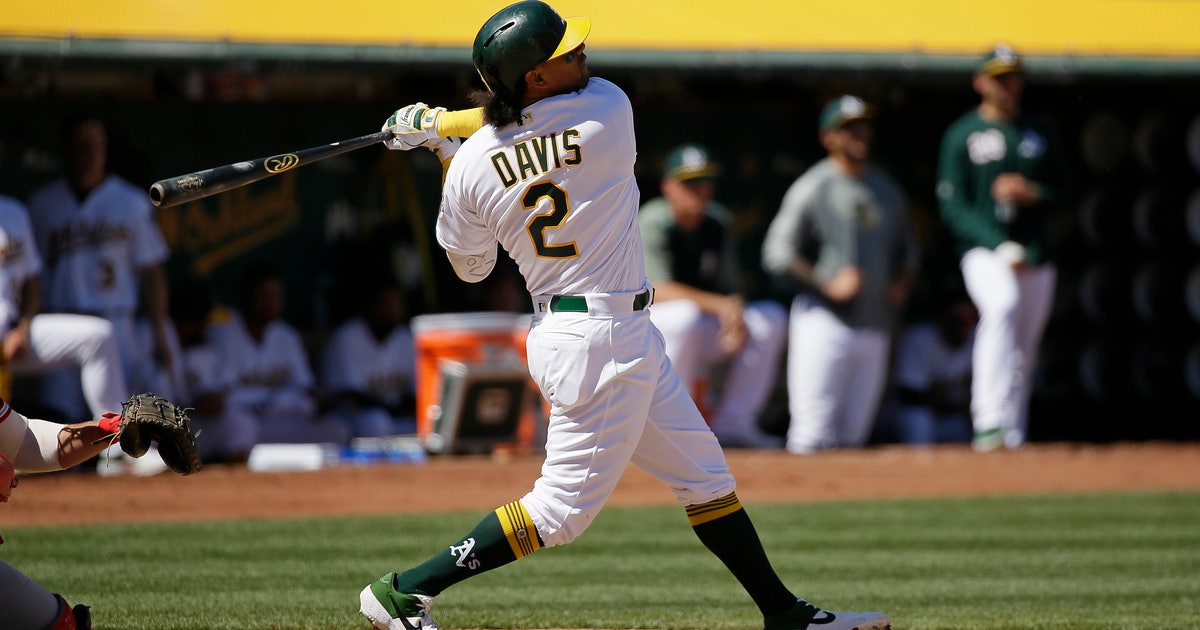 Marcus Semien and Matt Chapman had two hits apiece for the A’s, who took three of four from the Angels after getting swept by Seattle in a two-game series in Tokyo to start the season.

Montas (1-0) allowed three hits and struck out six in a splendid outing for the young right-hander. He gave up a leadoff double and hit Mike Trout with a pitch to begin the game, then retired 16 straight batters before Kole Calhoun connected for a two-out homer in the sixth.

Calhoun’s homer was the first by the Angels this season and the only run they scored off an Oakland starter in 24 innings during the series. Los Angeles was held to two runs or fewer in three of the four games.

Davis remained the hottest A’s hitter with his third home run in four days, a towering shot off starter Tyler Skaggs (0-1) leading off the fourth. The slugger led the majors with 48 home runs in 2018.

Semien doubled in the fifth and scored on Chapman’s two-out single.

Lou Trivino retired three batters after Montas allowed a leadoff double in the seventh. Joakim Soria pitched the eighth and Blake Treinen worked the ninth for his second save.

Skaggs took a scoreless streak of 17 1/3 innings at the Coliseum into the game before Davis’ home run. The Angels left-hander allowed two runs and five hits in 4 2/3 innings. He struck out two, giving him 400 for his career.

Angels: Albert Pujols did not start but grounded out as a pinch-hitter in the eighth. . RHP Jesus Castillo cleared waivers and was sent outright to Double-A Mobile. Castillo was designated for assignment last week to make room for OF Brian Goodwin.

Athletics: RHP Chris Bassitt (bruised right leg) threw 40 pitches in a side session before the game. Oakland manager Bob Melvin said Bassitt might face hitters in the next step of his rehab program.

Athletics: RHP Aaron Brooks faces the Red Sox in the opener of a four-game series Monday at the Coliseum. Brooks has pitched against Boston once, as a reliever in 2015.