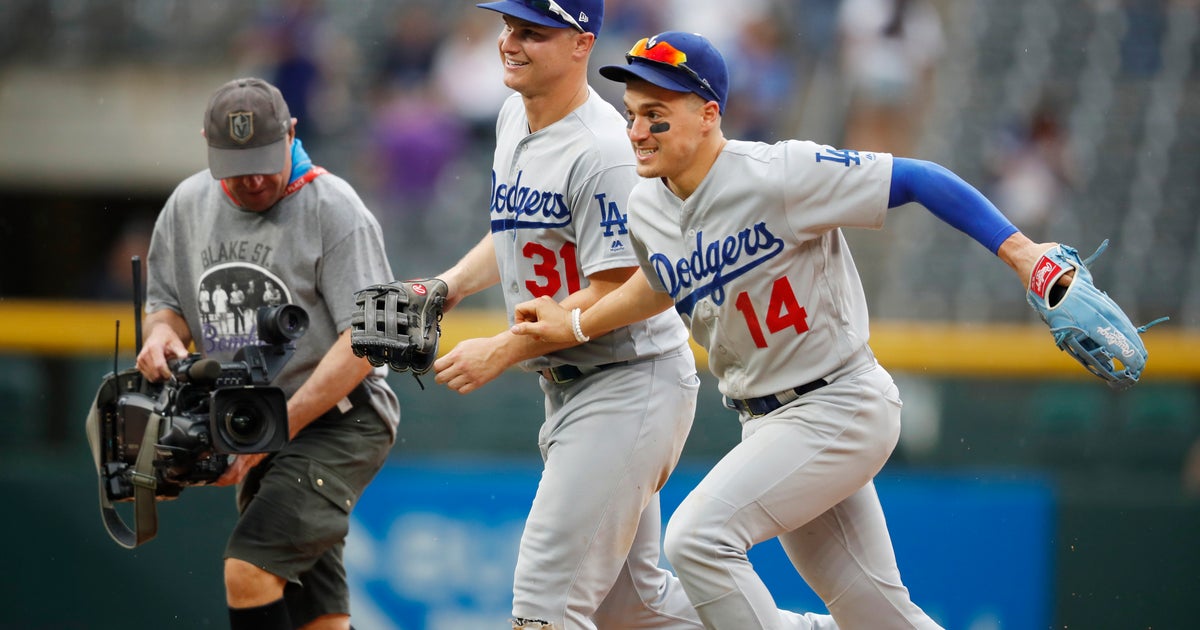 Kenta Maeda pitched into the fifth but didn’t figure in the decision. He had a hand in the Dodgers’ first two runs, though, singling and scoring in the third and laying down a sacrifice bunt that helped bring Kiké Hernandez home in the fifth.

Dylan Floro (3-2) got two outs to pick up the win and Julio Urias helped keep the Rockies in check with three scoreless innings in relief.

The Dodgers finished their seven-game trip at 3-4.

David Dahl, a first-time NL All-Star who learned of his selection during the game, homered for the Rockies. Shortstop Trevor Story and right fielder Charlie Blackmon also were selected. Blackmon connected for his 20th homer of the season — a solo shot — with two outs in the ninth.

Los Angeles vaulted back in front with a six-run burst in the sixth, a rally that pinch-hitter Justin Turner sparked when he was hit by a pitch by reliever Chad Bettis (1-4) with the bases loaded. Pederson followed with a two-run single, Beaty had an RBI double, and Max Muncy an RBI single along with Bellinger’s run-scoring fielder’s choice as the Dodgers moved in front 9-4.

Bellinger singled in the Dodgers’ eighth to drive in a second run.

Trailing 3-0 going into their half of the fifth, the Rockies came back to take a 4-3 lead. With two on and one out, Maeda was relieved by Zac Rosscup, who gave up an infield RBI single to Blackmon before Dahl connected for a three-run home run, his 12th of the season.

Dodgers: INF David Freese practiced against live pitching this weekend and is nearing a return from the 10-day injured list (left hamstring strain). Manager Dave Roberts said he anticipates Freese could be activated sometime this week.

Rockies: SS Trevor Story is finishing up a weekend rehab assignment with Triple-A Albuquerque. Barring any setbacks, Story is expected to be reinstated sometime this week from the 10-day injured list (thumb).

Dodgers: Following an off day, RHP Ross Stripling (3-2, 3.08 ERA) is slated to pitch a series opener Tuesday night against Arizona, his second consecutive start against the Diamondbacks.

Rockies: After a day off, RHP German Marquez (8-3, 4.29 ERA) takes the mound for the opener of a two-game interleague series against the Houston Astros.