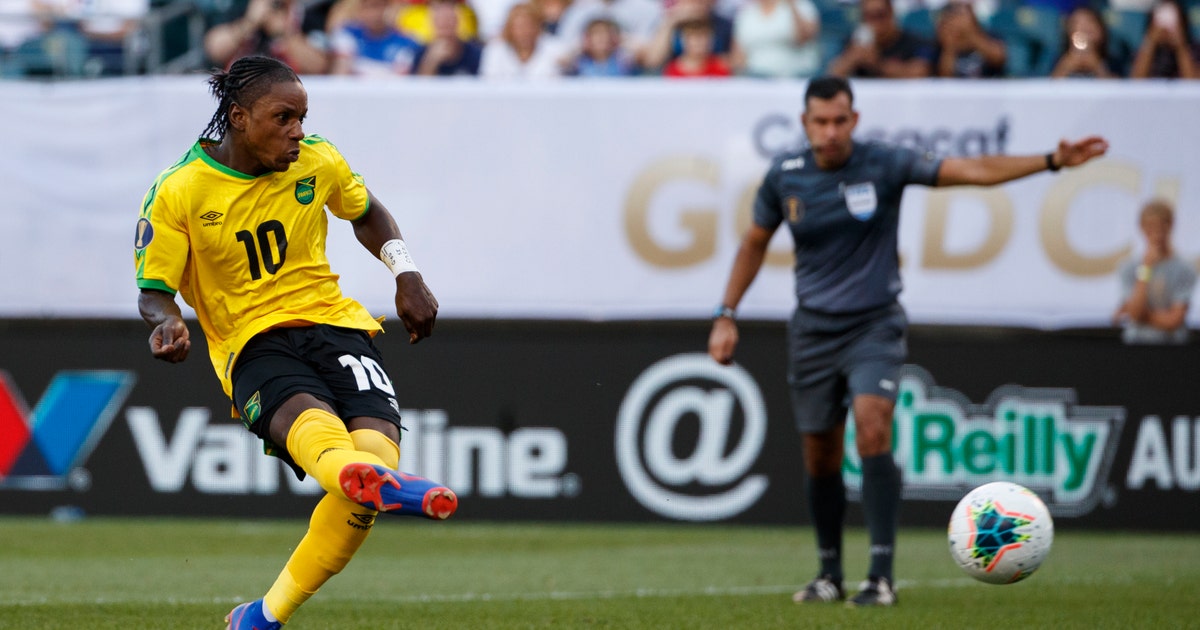 PHILADELPHIA (AP) — Darren Mattocks scored on a penalty kick in the 75th minute and Jamaica beat Panama 1-0 on Sunday to advance to the CONCACAF Gold Cup semifinals.

Mattocks converted after Michael Murillo was whistled for a handball in the box in the first game of the doubleheader at Lincoln Financial Field. Mattocks, a forward for FC Cincinnati in Major League Soccer, had entered the game two minutes earlier.

Andre Blake, the Philadelphia Union’s All-Star goalkeeper, made two big saves in front of his local fans, including one on Abdiel Arroyo in the 43rd minute en route to the shutout.

Panama goalkeeper Luis Mejia had a good stop on Junior Flemmings in the 58th minute.

Jamaica, a finalist in the 2017 Gold Cup, advanced to play the United States or Curaçao in the semifinals Wednesday night in Nashville, Tennessee. The Reggae Boyz have made it to the semifinal round in three straight Gold Cups.

Jamaica defender Damion Lowe will miss the semifinal after receiving a 90th-minute yellow card for time-wasting.