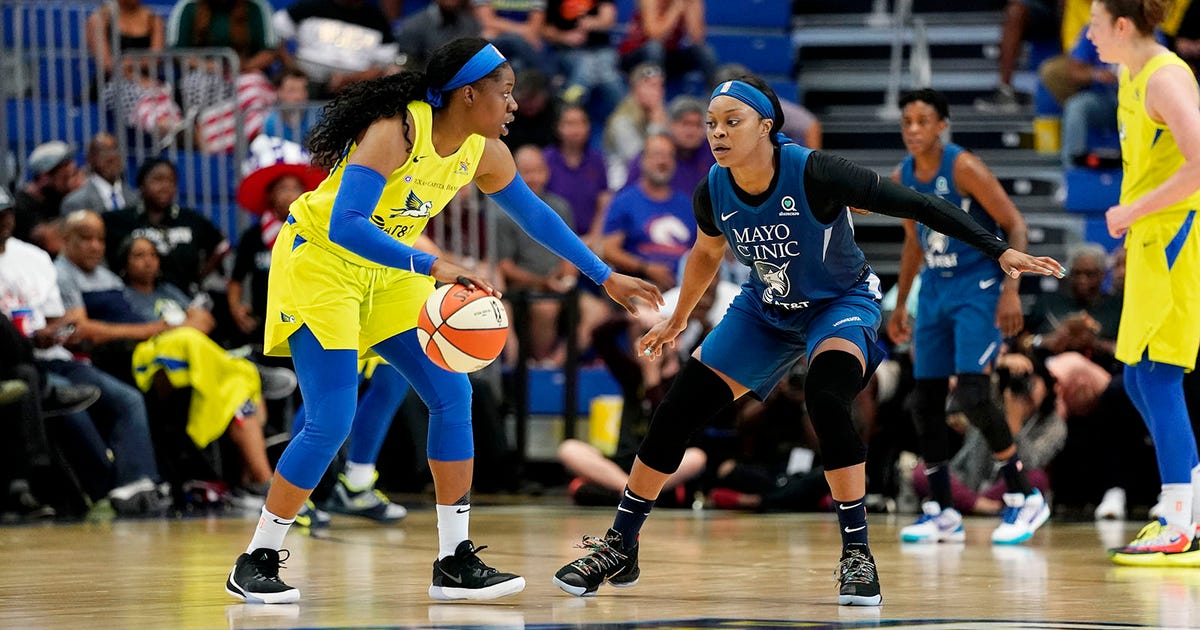 ARLINGTON, Texas  — Arike Ogunbowale scored 15 of her 19 points in the second half, bouncing back from one of the worst shooting games in WNBA history, to help Dallas rally to an 89-86 win over Minnesota on Sunday.

Ogunbowale finished 7 of 12 from the field, including 3 of 4 from 3-point range. The fifth overall pick in the 2019 draft was coming off a 2-of-23 shooting night on Friday night’s 69-68 loss to New York — the worst percentage in league history for any player attempting at least 20 shots.

The win ended Dallas’ 12-game losing streak to Minnesota. The Wings’ last victory against Minnesota came when the franchise was located in Tulsa, an 86-78 victory on June 21, 2015.

Ogunbowale tied it for the Wings (4-7) at 84-all on a 3-pointer with 53 seconds left and Kayla Thornton hit another 3 with 35 seconds left to give Dallas the lead for good at 87-86. Dallas had been down 14 points to Minnesota.

Kaela Davis drew a charging foul against Odyssey Sims with 14 seconds left. The Wings made 2 of 4 from the foul line while the Lynx missed a pair of field goal attempts in the final two seconds including a half court heave at the buzzer.

Dallas scored 13 straight points to lead 73-69 early in the four quarter. The Lynx (6-6) retook the lead with a 7-0 run and the teams traded the lead five more times in the final 2 ½ minutes.