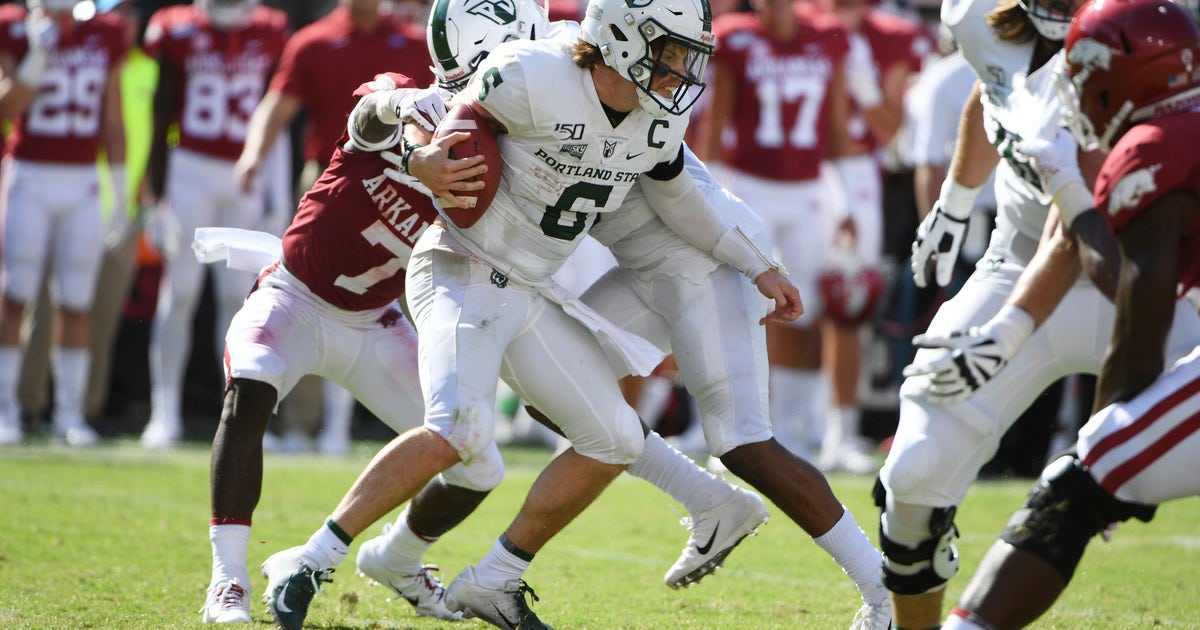 Arkansas struggled to sustain drives and had a number of poor passes and others that were dropped. But the Razorbacks’ defense played well, limiting the FCS Vikings to 70 yards rushing and forcing three turnovers to go along with six sacks and eight tackles for loss.

Portland State drove for a late fourth quarter score behind backup quarterback Jaloni Eason, who eluded an Arkansas rush and fired a 32-yard dart to tight end Charlie Taumoepeau to pull the Vikings within 20-13 with 4:14 left.

The teams traded field goals in the first half before Arkansas took the lead on Devwah Whaley’s short touchdown run with 3:16 left in the first quarter to cap a 10-play, 64-yard drive for a 10-3 lead. Portland State later pulled within 10-6 on Cody Williams‘ 47-yard field goal, his second of the day. The first was a 50-yarder on the Vikings’ first possession.

Arkansas had a chance to pad its lead before halftime when Kamren Curl intercepted a Davis Alexander pass and returned it to the Portland State 18, but the Razorbacks gave the ball back on an interception at the Vikings’ goal line.

The Razorbacks also squandered another scoring opportunity later after backup quarterback Nick Starkel hit Trey Knox for 38 yards to the Portland State 27 with under 30 seconds left. Starkel completed two short passes, the last to Boyd, who could not get out of bounds before the clock expired.

The explosive offense that Chad Morris was promising when he was hired in December 2017 has yet to materialize. The Razorbacks looked sluggish most of the day and Ben Hicks, the graduate transfer from SMU, missed several open throws when he wasn’t under pressure from the Portland State defensive front. He finished 14 of 29 passing for 143 yards, but no turnovers. Starkel, who transferred from Texas A&M, had a costly interception late in the first half to stop a scoring opportunity.

Arkansas: The Razorbacks open Southeastern Conference play on the road next week at Mississippi. Game time is set for 6:30 p.m.