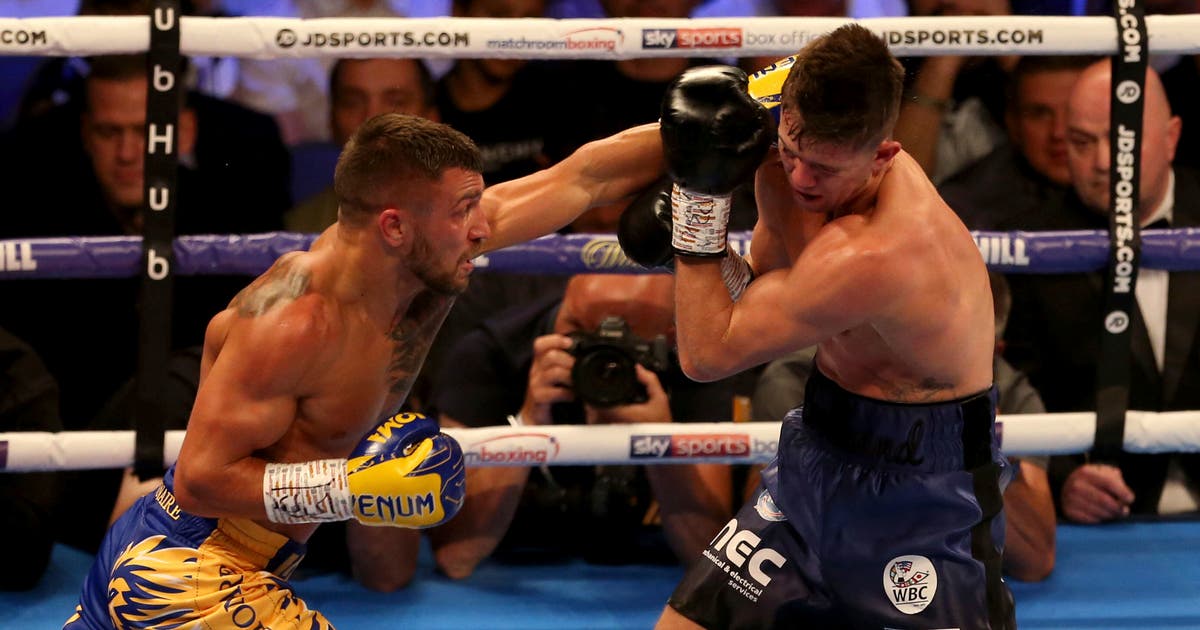 LONDON (AP) — Vasyl Lomachenko added the vacant WBC belt to his WBA and WBO titles at lightweight with a unanimous points win over Britain’s Luke Campbell on Saturday.

Lomachenko, among the world’s greatest pound-for-pound fighters, struggled at times to combat Campbell’s longer reach but finished the stronger and knocked the Briton down in the 11th round after a flurry of body punches.

A desperate Campbell wrestled Lomachenko to the canvas late in the 12th but survived until the last bell.

Only Ghana’s Richard Commey, who holds the IBF title, stands between Lomachenko and a sweep of the 135-pound belts. Commey is set to fight mandatory challenger Teofimo Lopez Jnr. in December, and perhaps Lomachenko after that.

“Next, IBF. This is my title,” Lomachenko said.