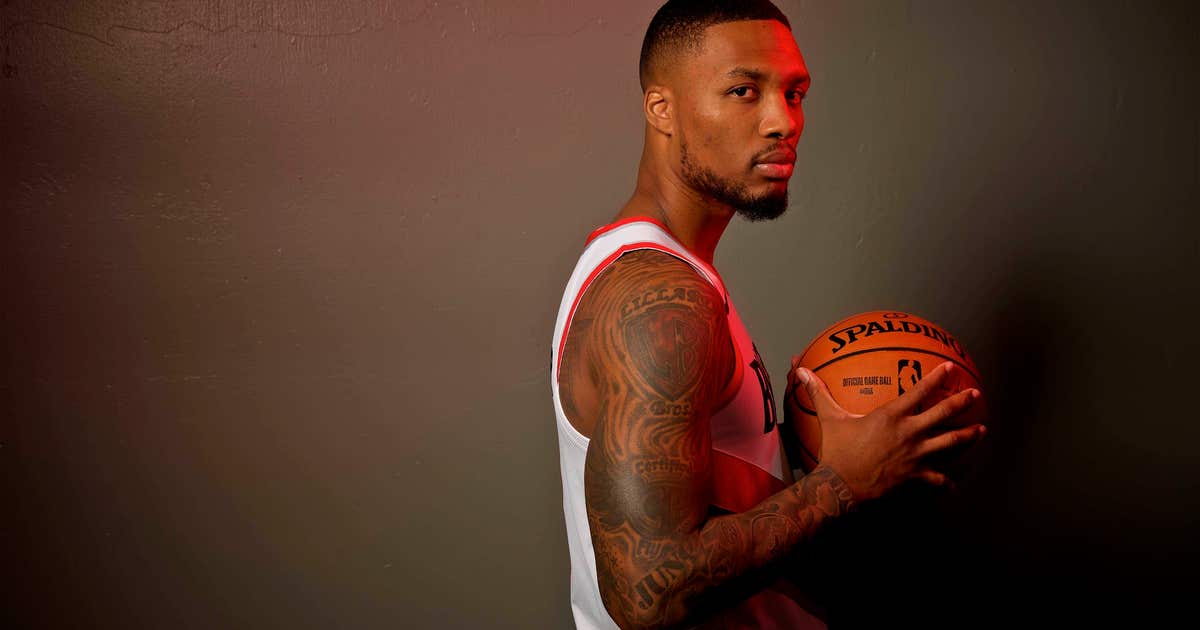 PORTLAND, Ore. (AP) — The Trail Blazers have a number of new players for Portland’s 50th anniversary season— and a new resolve after their playoff run last spring.

Joining the well-established backcourt of Damian Lillard and CJ McCollum on Portland’s roster are such offseason acquisitions as Hassan Whiteside, Pau Gasol and Kent Bazemore. The Blazers open preseason camp on Tuesday.

“I feel like it’s coming together, naturally,” Lillard said Monday at the team’s media day. “Being together for some weeks now and playing pickup has just been cool. I think the environment that we’ve created over the years, guys come in and it’s easy to get comfortable with it. I think that’s what’s happening.”

Last season the Blazers finished 53-29 and clinched the third seed in the Western Conference, earning home court for the first round — and a series with the Thunder. Portland wrapped that series up in five games, capped by Lillard’s memorable walk-off 3-pointer, and advanced to the conference finals for the first time in 19 years.

Portland was coming off two seasons that ended with first-round playoff sweeps. The team, which had surprisingly little turnover over those years, started last season determined to take the next step. Now they’re aiming for more.

“On one side we’re not coming into this season saying, ‘Oh we made it to the Western Conference finals last year so that’s automatically going to happen.’ We’ve got a completely different team, a lot of building to be done,” Lillard said. “But this year we’re coming in and our focus is to win a championship. I think our mentality has to shift to that.”

The Blazers have shored up their options at center while Jusuf Nurkic continues to rehab from a broken left leg that kept him out of the playoffs. Nurkic was averaging 15.6 points and 10.4 rebounds a game before he was hurt in March.

The Blazers were able to turn to Enes Kanter, who was waived by the New York Knicks following the trade deadline and signed by Portland for the rest of the season. Kanter moved on in the offseason to the Celtics.

In the offseason, the Blazers acquired Hassan Whiteside from the Heat in a four-team deal that sent Meyers Leonard to Miami and Moe Harkless to the L.A. Clippers, while also picking up veteran big Gasol and forward Anthony Tolliver.

Gasol said he is limited at the moment because of a surgery he had in February, part of a frustrating season that started with the Spurs and ended with the Milwaukee Bucks. A 19-year NBA veteran, Gasol said he’ll be limited in workouts during camp and he wouldn’t commit to being available on opening day.

Lillard is excited about the depth the Blazers acquired. Among the others is Bazemore, whom the Blazers got from Atlanta in a trade for Evan Turner.

The team’s on-court leader, Lillard averaged 25.8 points and 6.9 assists and earned his fourth All-Star nod during the regular season. He signed a super-max contract extension worth $196 million in the offseason.

The Blazers also look forward this season to celebrating the 50th anniversary of the franchise. The team will play a preseason game at the Veterans Memorial Coliseum, where the team won its 1977 NBA championship. The Blazers held their media day at the arena Monday.

Last season the Blazers opened the preseason on a somber note. Owner Paul Allen passed away after a battle with non-Hodgkins lymphoma. Portland dedicated its season to him.

Blazers President of Basketball Operations Neil Olshey said Allen’s sister, Jody Allen, wants to win a “couple of championships,” with the Blazers, reiterating her commitment to the team. Olshey said she was just unanimously approved by the NBA’s Board of Governors.

Olshey pointed to the team’s newly acquired depth and recent playoff experience for his optimism.

“This is the deepest, most talented, most experienced team we’ve had since we’ve been here. … Clearly when Nurk gets back, it’s the biggest team we’ve had. I like the fact we brought in guys like Pau with a championship pedigree, who have been to where we’re trying to get to,” Olshey said. “And I think coming off the heels of last year’s run, it’s given these guys a springboard. Instead of finishing on a negative, we finished really strong and it has really inspired the guys.”