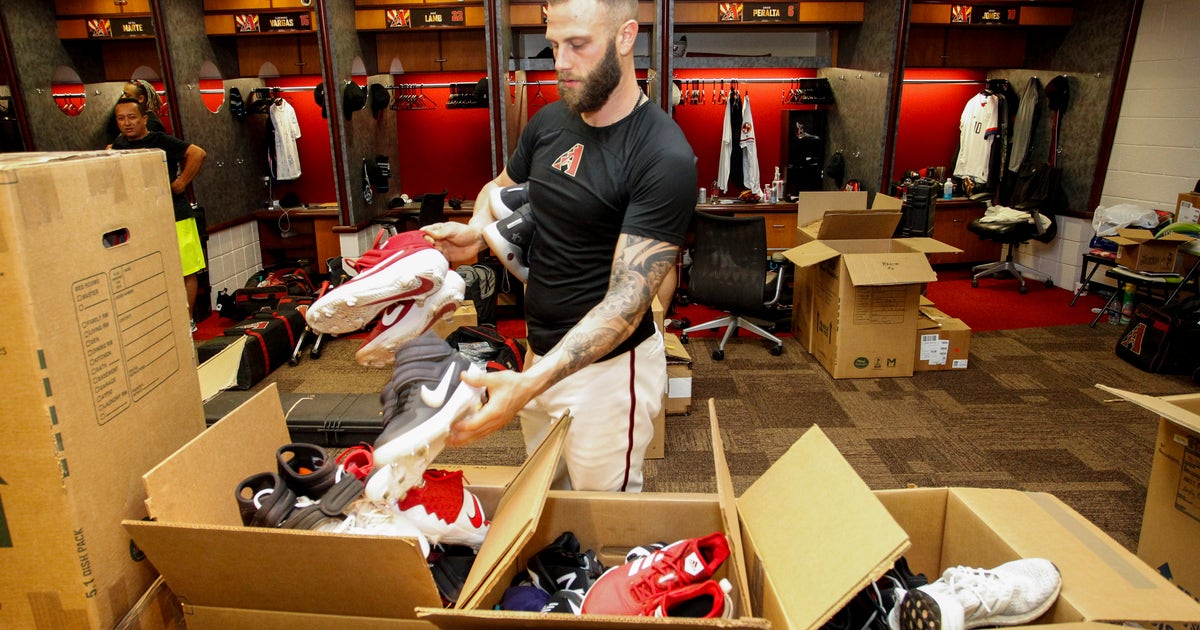 PHOENIX (AP) — The Arizona Diamondbacks lost some of their best players to trades or free agency over the past 12 months.

They went ahead and won 85 games anyway.

It was an encouraging season for Arizona, which hung around the NL wild-card race deep into September and finished with an 85-77 record despite being in a semi-rebuilding mode.

The good news for the Diamondbacks is they have a relatively young group of talented players in the everyday lineup like Ketel Marte, Eduardo Escobar, Christian Walker, Nick Ahmed and Carson Kelly. There’s also depth in the pitching staff after rookies like Zac Gallen and Alex Young performed well in the season’s final months.

Even better, Arizona appears to have at least a little payroll flexibility to make needed improvements.

The bad news is the Diamondbacks are still in a division with the Los Angeles Dodgers, who won 106 games and show no signs of slowing down soon.

“I don’t know how many games we finished out of the division, but it was a lot,” Arizona general manager Mike Hazen said. “We need to make that up. The level of preparation it’s going to take for our players, the front office and the coaching staff offseason-wise is significant.”

Arizona figured to lose a lot of production when it traded six-time All-Star first baseman Paul Goldschmidt during the offseason. Instead, Christian Walker stepped forward and filled a big part of it.

The 28-year-old had a breakout season, batting .259 with 29 homers and 73 RBIs. Walker looked like he might never get an extended shot in the big leagues after bouncing between Triple-A and the majors for four seasons, but finally seized his opportunity.

Now he could be a big part of the D-backs’ future plans.

“I can tell looking around the clubhouse that a lot of people are really excited to get next year going and really looking forward to seeing what we can do,” Walker said.

The Diamondbacks made a somewhat surprising move Monday when they parted ways with pitching coach Mike Butcher after four seasons.

Arizona finished with a 4.25 ERA, which ranked seventh out of 15 teams in the NL. The pitching staff remained competitive despite dealing ace Zack Greinke at the trade deadline. Gallen and Young showed promise for the future.

Manager Torey Lovullo called it a “tough decision,” but said he believes there’s room for improvement.

The 25-year-old Marte turned into a superstar this season and will be the centerpiece of the lineup moving forward. He finished second in the NL batting race with a .329 average and added 32 homers, 36 doubles and 10 stolen bases while providing excellent defense in center field, at second base and even occasionally at shortstop.

Escobar also had a career year, batting .269 with 35 homers and 118 RBIs while playing mostly third base.

Hazen said he’d look into adding some arms in the bullpen during the offseason.

That doesn’t necessarily mean there will be a new closer. Archie Bradley did well in the role over the season’s final few months. He finished with 18 saves and a 3.52 ERA, striking out 87 over 71 2/3 innings.

Lovullo said Bradley would certainly be in the conversation to close.

“I think he’s earned that right,” Lovullo said. “I think we’d be crazy not to consider him as one of the elite candidates to be closer. We might be too far away from next spring training to have that conversation.”

Luke Weaver and Taijuan Walker pitched a few innings in the season’s final games, giving hope that both will be good candidates for the starting rotation next year. The pack of contenders is large: Merrill Kelly, Robbie Ray, Taylor Clarke, Mike Leake, Gallen and Young are among those who will also be considered.