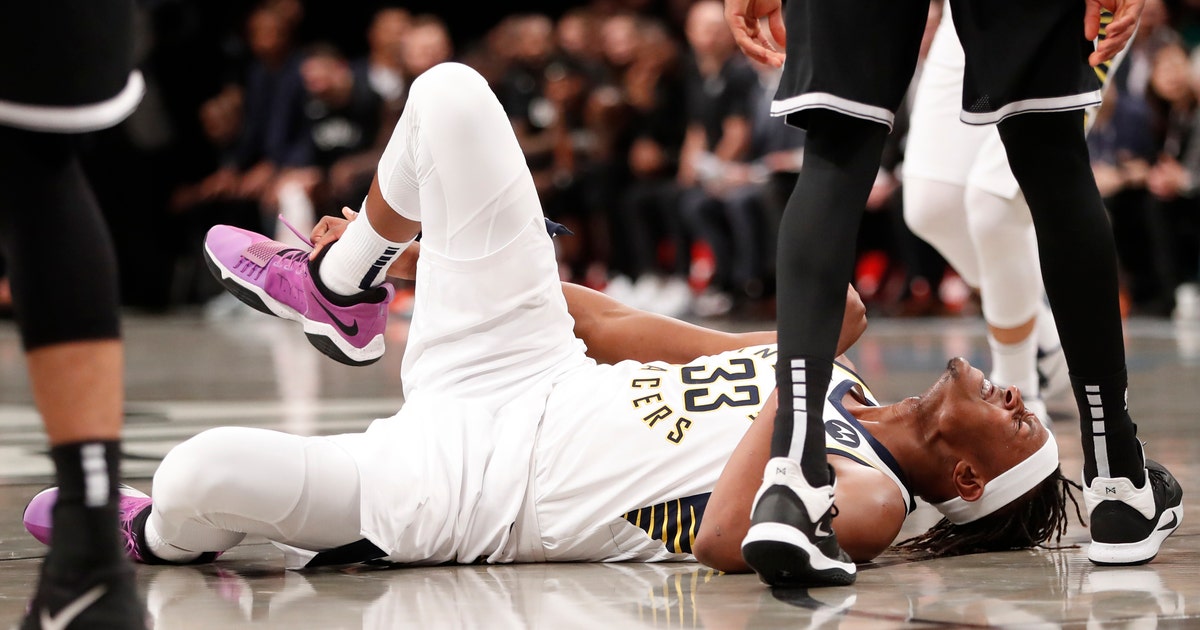 Injuries to Indiana Pacers center Myles Turner and guard Edmond Sumner were addressed within the context of weeks Thursday.

The team said Turner, who suffered a sprained right ankle in the first quarter of Wednesday’s win at Brooklyn, is listed as week to week.

Turner is averaging 14.8 points and 6.8 rebounds over the season’s first four games.

Sumner is dealing with a non-displaced fracture of the third metacarpal in his right hand, but surgery will not be required. The team said he will be re-examined in three weeks.

Sumner, 23, is averaging 7.0 points, 2.0 assists and 1.7 steals in three games (two starts) in what was showing signs of becoming a breakout season. A former second-round pick, Sumner spent most of last season in the NBA G League after his rookie campaign was mostly wiped out by injuries.