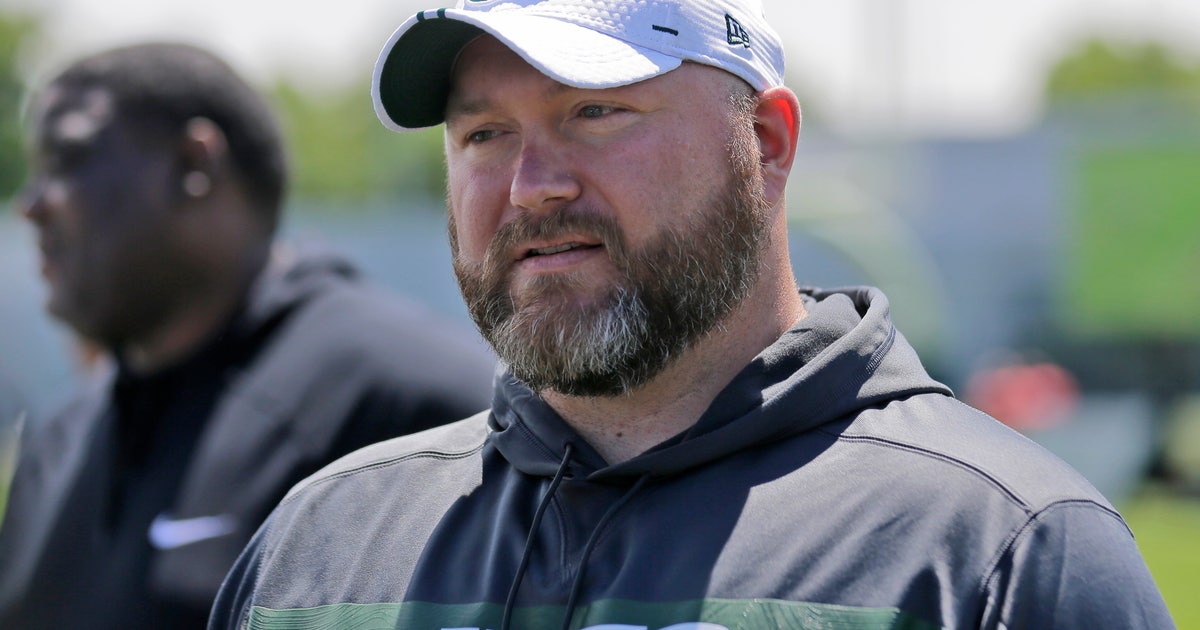 And the general manager feels the same. Douglas wants more from the team — more winning, more meaningful games late in the season, more communication. He knows the task at hand for him is building a squad that ends a nine-year postseason drought and, ultimately, delivers the franchise’s first Super Bowl appearance since the days of Broadway Joe.

“The plan is to create the best culture in sports,” Douglas said Tuesday. “What do I mean by that? The best cultures, it’s a self-sustaining entity where professionalism and leadership, it’s transferred from one generation of players to the next. Every great team has that culture and that’s what we’re going to try to create here.”

To say it has been a strange year for Douglas would be an understatement.

He was hired as the GM in June when team chairman and CEO Christopher Johnson let go of Mike Maccagnan, long after teams normally make their front office moves. The unusual timing had Douglas in catch-up mode for the first few months on the job. After all, Adam Gase had been hired as coach five months earlier.

Instead of looking at that as a hindrance, Douglas used it to his advantage. He got to know all aspects of the organization without needing to immediately hit the ground running with the manic periods of free agency and the draft. Douglas oversaw a 7-9 season that was filled with adversity — and now gets a chance to put a firm mark on the roster with his first full offseason in charge.

“Every person, every player that we bring into this building,” Douglas said, “they’re going to be assessed on their fit within our culture and their ability to help us achieve our ultimate goal — which is win a Super Bowl, year in and year out.”

During his 22-minute chat with reporters, Douglas touched on several topics and spoke mostly in general terms. He commended the way the Jets bounced back from a 1-7 start to finish with a 6-2 run. Granted, many of the wins came against lowly opponents, but it sparked optimism throughout the franchise.

“We as an organization need to handle adversity better,” Douglas said. “I feel like the back stretch of the season, we did that. … There was every opportunity to roll over and no one did it. The work ethic, the passion, there was no pointing fingers, guys stayed together. You saw it at practice every day and then you saw it in the back half of the year.

“Going 6-2, that’s not luck. You don’t do that. It takes a group of guys that became galvanized, stuck together.”

As for the adversity, Douglas was referring to the rash of injuries to the team, with 20 players finishing the season on injured reserve, quarterback Sam Darnold missing three games with mononucleosis and the offensive line having trouble jelling early — just to name a few.

Douglas also spoke of New York having a core of young, talented players who can help the Jets use the late-season success and apply it to next season.

“The hope, and I won’t even say hope because hope’s not a strategy, the plan moving forward is that is a launchpad for us,” Douglas said. “We’re going to take the success, the way that we were able to win close games, learn how to win close games, to learn how to win, take that moving forward and build off of that. Every season is its own entity at the beginning and end of the year, but I think the lessons that this team learned, these guys learned are going to carry forward.

“That being said, there’s a lot of work to do.”

A few other key points from Douglas:

— He remains confident Gase will be able to lead the Jets to the playoffs in the near future. “Just the job that he did with this team this year, not many 1-7 teams finish 6-2 down the stretch,” Douglas said. “I can’t speak to how a great job Adam and his staff did.”

— He thinks Darnold improved in several ways, including his leadership and earning the respect of everyone in the facility. “Talk about toughness and talk about adversity — not many guys faced more adversity than Sam, as far as dealing with the mono and then some rough patches during the year,” Douglas said.

— He called running back Le’Veon Bell “one of our best workers, he’s one of our best teammates.” But Douglas also wouldn’t rule out listening to trade offers in the offseason. “Like I’ve said before, if teams do call, I’m going to listen,” he said. “How those conversations go, I can’t speak to that, that’s hypothetical. But, when teams call, I will listen.”

— Douglas raved about Pro Bowl safety Jamal Adams, calling him “an amazing player.” But he wouldn’t divulge whether the team would consider renegotiating his rookie deal and give him a contract extension at this time, saying the team is just beginning that evaluation process on every player.

— Wide receiver Robby Anderson is one of the 24 players scheduled to be unrestricted free agents this offseason. Anderson said Monday he plans to explore free agency, but Douglas sounded open to bringing him back. “I can’t say enough good things about Robby,” he said. “I had a great conversation with Robby … he knows how valued he is here.”