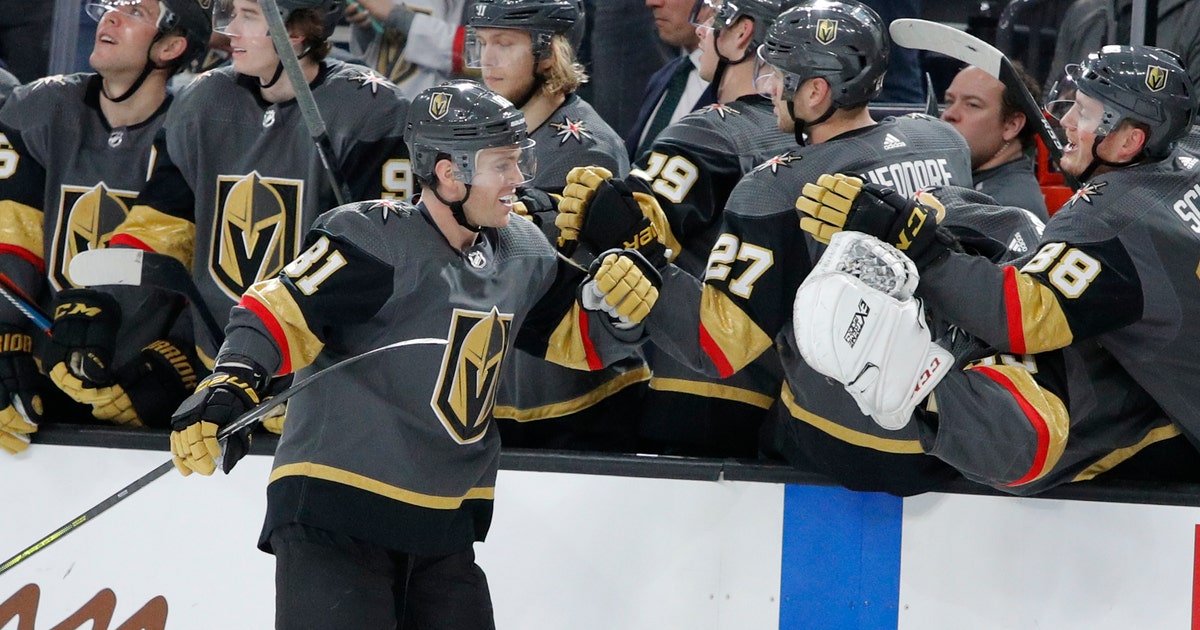 Vegas closed out December with a 9-4-2 mark, and on a 13-6-3 run since Nov. 17, and remained in sole possession of first place in the Pacific Division.

Mark Stone, Alex Tuch and Reilly Smith also scored for the Golden Knights, while Marc-Andre Fleury made 26 saves and improved to 15-4-0 against Anaheim. Fleury, who was selected to play in his fifth All-Star Game, also earned his 455th win to take over sole possession of sixth place all time, passing Curtis Joseph.

Korbinian Holzer and Jakob Silfverberg scored for the Ducks and John Gibson made 38 saves while dropping to 2-8-1 against Vegas.

Holzer gave Anaheim the early lead when Golden Knights rookie Cody Glass had trouble clearing the puck out of his zone. Holzer’s backhand made its way over Fleury’s glove, making it 1-0 with his first goal of the season.

The one-two scoring punch of Stone and Max Pacioretty didn’t let the deficit last long, though, as the linemates teamed up once again to spark the Golden Knights.

After Pacioretty forced Erik Gudbranson to turn it over in front of the net, Stone skated in and one-timed a perfect wrist shot over Gibson’s glove. Stone and Pacioretty have been on the ice for 45 of Vegas’ 128 goals this season — a 35 percent clip.

Tuch’s score might have been Vegas’ strangest goal of the season. After a scrum in front of Gibson, the puck squirted loose behind him and Anaheim’s Josh Manson appeared to think the play was whistled dead and tapped the puck straight over the goal line to give the Golden Knights a 2-1 lead late in the first period.

Smith extended the lead late in the second period with an unassisted goal, when he gathered a loose puck, skated around Ducks defenseman Hampus Lindholm, shifted to his backhand and lifted his shot to make it 3-1.

Marchessault scored his first goal on a penalty shot. After Silfverberg cut the lead to two, Marchessault netted his second goal with Gibson pulled.

NOTES: These teams won’t meet again until Feb. 23, when they’ll conclude the season series at Honda Center. … The Ducks came into the game whistled for the second-most penalty minutes, at 12.2 per game, but were only rung up twice. … Anaheim closes the decade with the fourth-best record in the Western Conference and the eighth-best mark in the NHL, at 426-266-94 since Jan. 1, 2010. … Nate Schmidt earned his 100th assist. … Actor Christopher Lloyd, better known as Emmett “Doc” Brown from the “Back to the Future” movies, cranked the siren between the second and third periods.