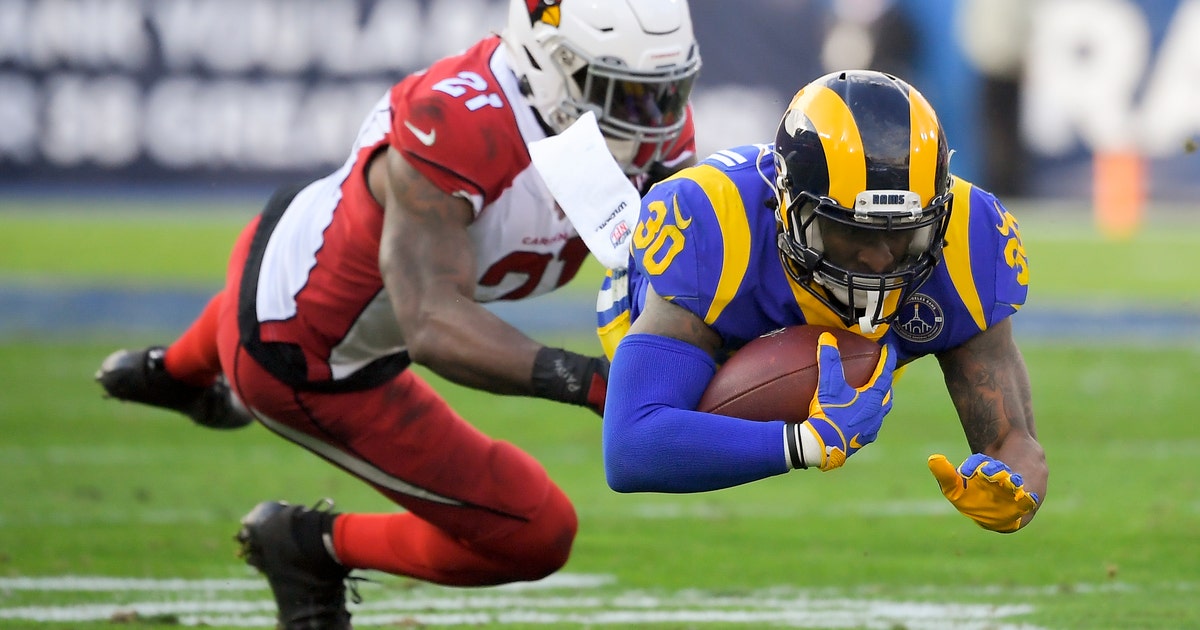 Snead expressed confidence Tuesday in the player he signed to a $60 million contract extension through 2023, even while acknowledging Gurley “wasn’t” the same running back this season, at least statistically.

“I think we’ve seen players have years that were less than the past come back and actually get back to where they were,” Snead said. “He’s still a young football player. … If you did take a step back this year, in terms of stats, I do think you can see players who do come back and get to a higher level than they were in their down years.”

Although Snead made it clear that the responsibility must be shared among several culprits, there’s no doubt Gurley took a dramatic step backward this season, both in the franchise running back’s role in coach Sean McVay’s offense and in his effectiveness when he got chances to contribute.

Gurley had a career-worst 857 yards rushing on a career-low 223 carries, and his 207 yards receiving on 31 catches were his fewest since his rookie campaign in St. Louis.

Gurley missed only one game to injury this season, but McVay inexplicably used him sparingly. The Rams spent all season insisting they weren’t practicing load management with the back who has struggled with previous knee problems, and he largely stayed healthy this year.

But even when Gurley did get opportunities to play extensively, he didn’t appear to be as effective, particularly on long runs. While he still doled out punishment to potential tacklers with his physical style, he didn’t have a 100-yard rushing game all season long, and he broke just five runs longer than 20 yards — none longer than 40 yards.

Snead said Gurley has expressed no disappointment to the Rams about his diminished role in 2019. Gurley repeatedly said the same in public, even curiously insisting that his longtime backup, Malcolm Brown, could play just as effectively as the starter who is guaranteed $45 million in his new contract.

“I can see where you go, from an analytical standpoint, ‘OK, maybe you give him a contract and he didn’t have as good a statistical year,’” Snead said. “I do believe we believe you can’t necessarily (act like a) CEO and lead from just a spreadsheet. That’s probably the age of Madden football, and you can move people in fantasy. Those are human beings that gave a lot to this organization and deserve to be compensated.”

Indeed, Snead doesn’t believe the blame rests solely on Gurley, or even on McVay. The GM acknowledged his offensive line didn’t play as well for Gurley this season, and he heads into the offseason hoping to make upgrades — no small task given the Rams’ salary cap situation after handing out mammoth extensions to Gurley, Jared Goff, Brandin Cooks and Aaron Donald in the past two years.

“I think we’re evaluating more improving the run game,” Snead said. “It’s probably boring, but that’s a collective thing. All really good running backs probably give their offensive linemen nice gifts after Christmas after a successful year, and I think that’s for a reason. I think we all know that. We’ve got to look at offensive linemen and runners and tight ends and how we’re running the football, instead of just one individual.”

NOTES: DT Michael Brockers has a high ankle sprain from Sunday’s win over Arizona. The eight-year Rams veteran won’t need surgery as he heads into unrestricted free agency. … Snead offered no timetable for agreeing to a contract extension with Pro Bowl CB Jalen Ramsey, whose arrival cost the Rams their next two first-round draft picks. Snead doesn’t anticipate a holdout from the mercurial defensive back, who has appeared to fit in well with his new team. … Snead knows LT Andrew Whitworth would like to return, but he plans to evaluate all of the Rams’ free agents and his team’s needs before making a decision.