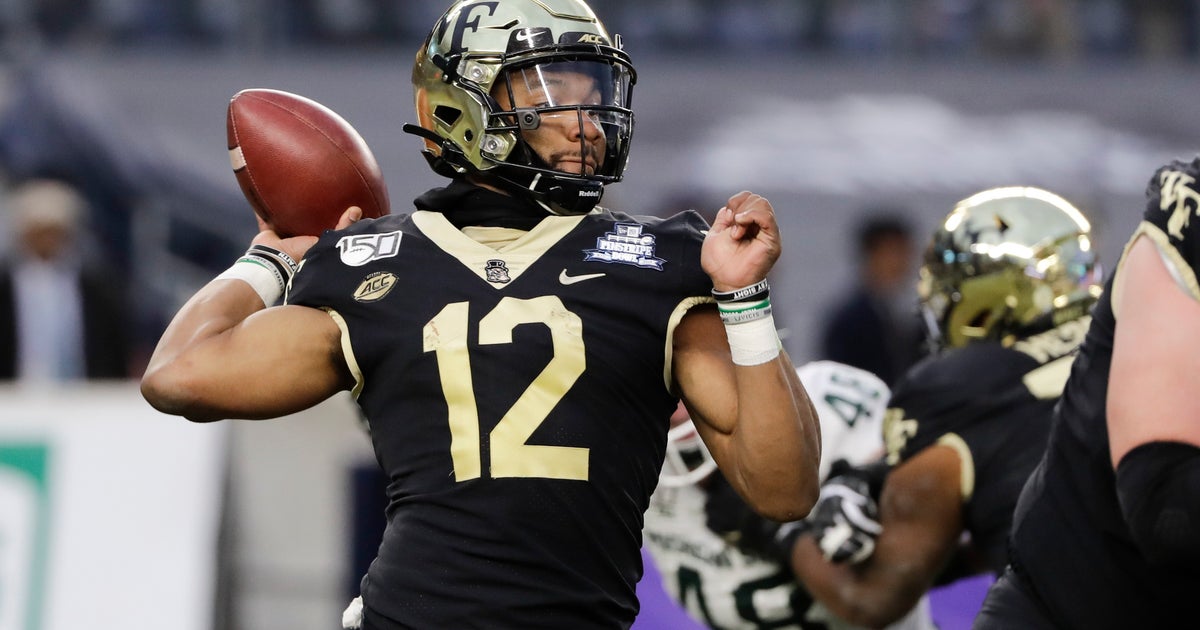 The school announced Newman’s unexpected move Tuesday, saying the redshirt junior had entered his name into the transfer portal. Newman recently earned his degree, with coach Dave Clawson saying in a statement that Newman had notified him of his plans and that he wishes Newman well at his next stop.

In a statement on social media, Newman said his decision was based on wanting to “develop further and my desire to stretch myself and prepare for the next level.”

Newman threw for 2,868 yards and 26 touchdowns with 11 interceptions for the eight-win Demon Deacons, who lost to Michigan State in the Pinstripe Bowl on Friday. He was also a physical runner with his 6-foot-4, 230-pound frame, running for 574 yards and another six scores.

Wake Forest returns four players at quarterback next fall, headlined by Sam Hartman. Hartman started nine games as a freshman in 2018 but appeared in only four games this year and still has three years of eligibility remaining.