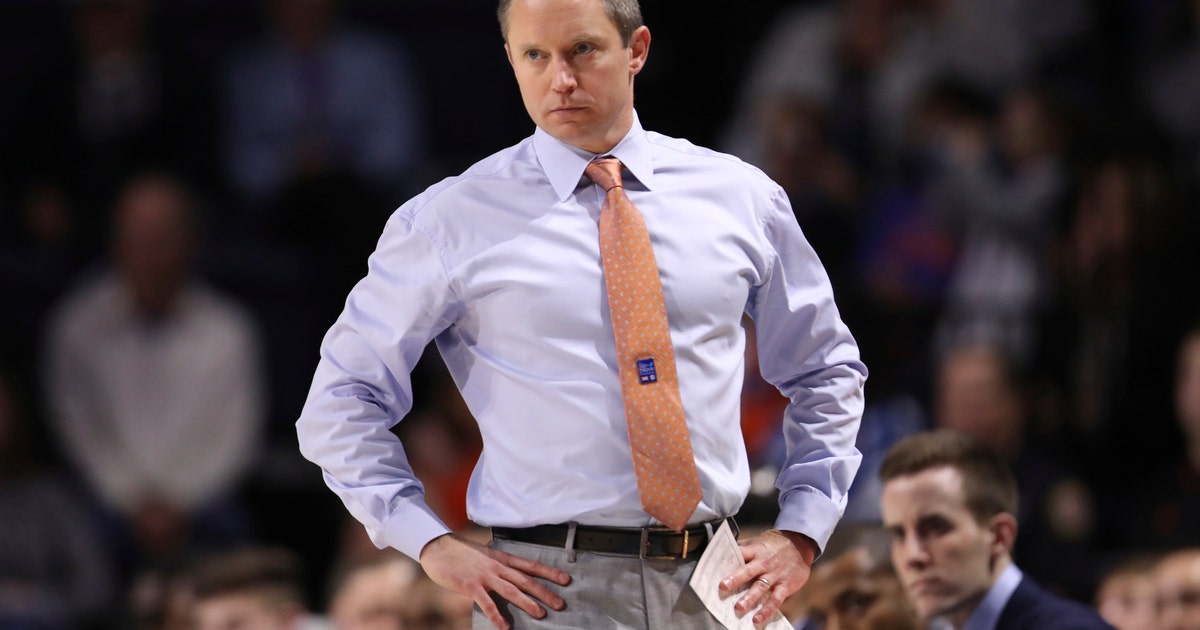 GAINESVILLE, Fla. (AP) — Florida’s season opened with so much hype and even more hope. The Gators had a top-10 ranking, the most coveted graduate transfer in the country, the best recruiting class of coach Mike White’s tenure and three returning starters.

Nothing was supposed to stop Florida from making a deep run in the NCAA Tournament.

Now, after three consecutive losses and so many lapses that White called this the worst defensive team he’s coached in nine years, the Gators (12-8, 4-3 Southeastern Conference) might need a February about-face just to make the 68-team field.

If not, Florida would go down as one of the most disappointing teams of the season and arguably the biggest basketball bust in decades at the football-first school.

“We haven’t gave up at all,” sophomore guard Noah Locke said Friday, one day before playing at Vanderbilt (8-12, 0-7). “We’re in the right place right now. I mean, we’re trying to, you know, mentally get that consistency back, and I feel like we’re going to make a big jump.”

Florida made a huge leap on the offensive end early in the season. White scraped a free-flowing style for a more set-based scheme in mid-November, and the Gators responded by becoming one of the more efficient offensive teams in the SEC.

The other end of the court has become a much different story. Florida ranks 11th in the conference in scoring defense, 11th in field goal percentage and 10th in 3-point defense.

“It’s not simple and it’s not one thing,” White said. “Collectively, we’re just an average defensive team right now and not improving. Some of it could be mental and/or physical fatigue. Some of it is desire and pride. We talk about accountability a bunch. We haven’t been very accountable defensively.”

They’re not closing out fast enough on shooters. They’re not helping soon enough in the paint. They’re getting beat off the dribble, on the glass and in transition.

White called his guys “soft mentally” and said his proposed solution is for players to police themselves.

“A big urge with our guys was to find more peer accountability, to find more guys calling each other out on mistakes,” White said. “I think we’ve got a group of really, really nice young men that tippy-toe around challenging each other too often.

“We’ve got to have a lot more edge and I think sometimes that can come more effectively from your peers.”

Florida finished 14th, fifth, 24th and 16th, respectively, in KenPom’s adjusted defensive efficiency during White’s four years in Gainesville. Defense was the program’s calling card, the one thing it could rely on routinely.

Nembhard and Lewis are two of the team’s top defenders, but they’re not getting enough help from everyone else.

One positive: the Gators have a favorable schedule ahead. Vanderbilt, Georgia and Ole Miss are at the bottom of the SEC standings. But, after that, Florida’s stretch run includes three games against SEC front-runners Kentucky and LSU.

“I don’t know that anyone’s made a bigger improvement during the season than the Florida Gators from an offensive standpoint,” White said. “I’ve got to credit these guys for that. We’ve come a long way offensively. We’ve got to get more connected defensively and figure it out.”