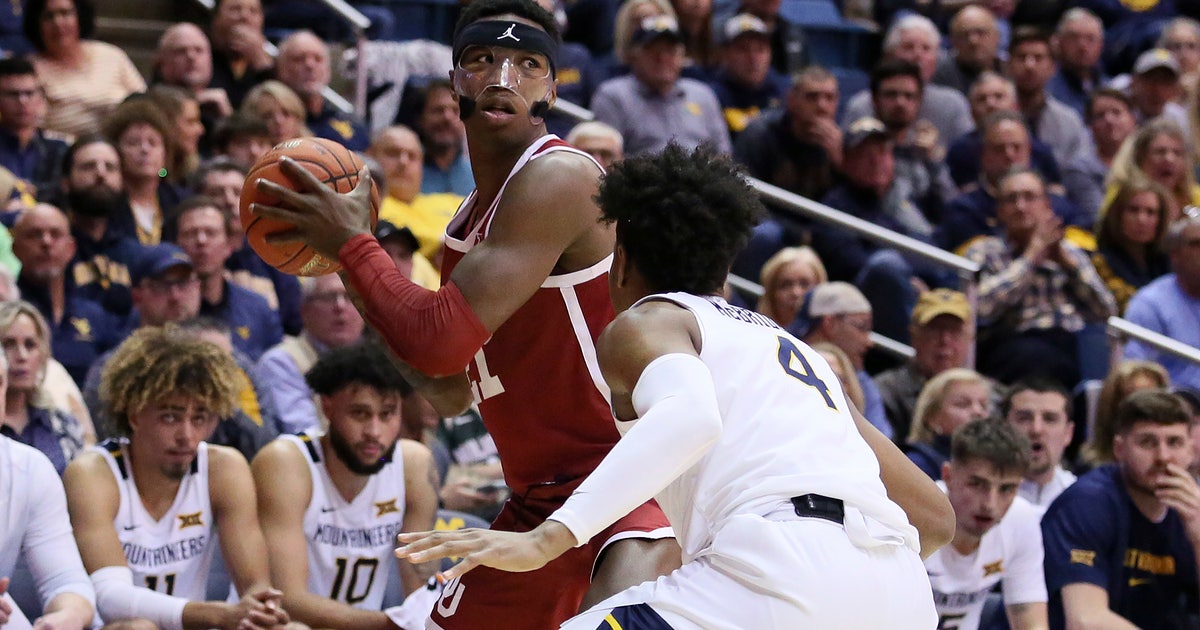 MORGANTOWN, W.Va. (AP) — Kristian Doolittle scored 19 points two days after undergoing surgery to repair a broken nose and Oklahoma boosted its NCAA Tournament hopes with a 73-62 victory over No. 20 West Virginia on Saturday.

Miles McBride came off the bench to score 13 points for West Virginia, and Oscar Tshiebwe had nine points and 10 rebounds. The Mountaineers have lost six of seven.

Doolittle played in his third game wearing a mask since breaking his nose against Oklahoma State on Feb. 22.

He underwent surgery Thursday and didn’t slow down against the Mountaineers, going 7 of 13 from the floor and matching a team high with seven rebounds.

West Virginia went scoreless over the final 5:43 of the first half and trailed 25-21 at the break.

Doolittle scored 14 points in the second half, making a free throw to give the Sooners their largest lead, 59-38, with 7:08 remaining.

West Virginia came alive with a 13-2 run but got no closer than eight points the rest of the game.

Oklahoma: The Sooners have two straight quality wins that could help boost them into the NCAA Tournament. Oklahoma also beat No. 22 Texas Tech 65-61 on Tuesday. The Sooners shot 62% from the floor after halftime.

West Virginia: Once a projected high seed in the NCAA Tournament, the Mountaineers have faded fast and need every win they can get to make one last impression on the tournament selection committee. West Virginia had another poor shooting effort, going 34% from the floor, 16% from 3-point range and 53% at the free-throw line.

Oklahoma hosts Texas on Tuesday night. The Sooners beat the Longhorns 72-62 on Jan. 8 in Austin, Texas.